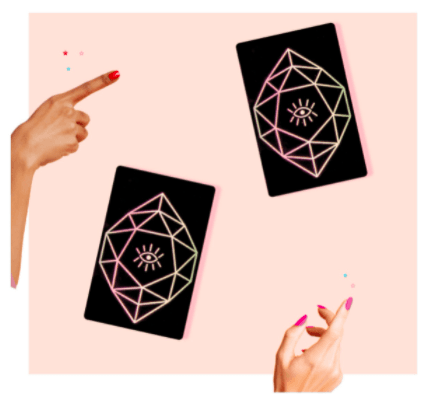 Hoping it will be a hot one (and we don’t just mean the weather)? Cosmopolitan’s Kerry Ward has the lowdown

ARIES
21ST MARCH-19TH APRIL
Leos and Sagittarians are most likely to catch your eye this summer – and I see it lasting. If you can go somewhere warm and sunny (even the south coast), then do. If not, make home feel like a holiday. The more summery outings, at-home festivities and socialising you can do, the better. Broaden your horizons and seek new scenes. Although this person isn’t someone you’d have considered on paper, they’ll be all the more alluring (and enduring) for it.

TAURUS
20TH APRIL-20TH MAY
A stormy, eyebrow-raising love affair is on the cards for you, Taurus. Perhaps it’ll be with a Mars-led sign, like Aries or Scorpio, or a cool Virgo. Other people will be scandalised, which actually makes it all the more exciting. You’ll meet privately – away from prying eyes – and share a mutual hobby or interest. Connecting over that leads to even more *ahem* connecting. I don’t know how long this will last, but while it does, it will rock your world.

GEMINI
21ST MAY-20TH JUNE
Guess who’s back? Yes, the one you cried over because you thought it was done. It seems that wasn’t the case – but is it good news? Well, only you can decide, and I think you’ll spend the summer pondering on it. They’re now willing to share the truth about their shittiness back then, so that alone is worth hearing, right? But even if you can forgive, you may never forget, and you’ll have to weigh up whether or not you can live like that.

CANCER
21ST JUNE-22ND JULY
You may be ready for a love-life hiatus this summer. Perhaps there’s been drama, or an annoying lack of it, and you just think, “Why bother?” Well, ironically, just as you put down your tools, someone will walk though the door. A passionate, romantic, sexy fellow water sign (Scorpio or Pisces) will try to woo you. You might think they look too good to be true, or more trouble than they’re worth, but give them a chance – they’re what you’ve been waiting for.

LEO
23RD JULY-22ND AUGUST
Someone (maybe a Taurus, Capricorn or Virgo) you’ve had a long-standing thing with finally proves their worth, justifying the excuses and let-offs you’ve granted them over the months (even years). This love has been a long time coming, but it’s finally here. Are you thrilled? You’re probably sceptical, and that’s OK. They deserve your guarded side. But give them room to prove their words with actions, and you won’t be disappointed. Things have changed.

VIRGO
23RD AUGUST-22ND SEPTEMBER
Watch out, Virgo, as your uber-careful, analytical side could get in the way of a good thing. There’s an on/off connection and you’ve exhausted yourself overthinking it, so stop. Let it be. When no one’s looking, this love will bloom in an unexpected way, at its own pace. They might be a sexy fire sign (Aries, Leo or Sagittarius), which is why you may not understand each other straight away. But even if they’re too hot to handle, you’re cool enough to manage it.

LIBRA
23RD SEPTEMBER-22ND OCTOBER
Someone comes along who convinces you to ghost the others, stop playing the field and commit to just one person. It’s quite the novelty! They could be a strong, silent Capricorn, or a powerful, ambitious Leo. They’re sexually magnetic, but it’s deeper than that. They challenge you and force you to stand your ground in areas of life where you’d usually be passive. They’re a catalyst for transformation and you can’t get enough of each other.

SCORPIO
23RD OCTOBER-21ST NOVEMBER
A big, bold, exciting and adventurous fire sign crash-bang-wallops into your world and turns it upside down. This person is a game-changer, and you’re ready for their energy because you want to make some life changes yourself, and this relationship forms part of that. You’re out being sociable and having the time of your life this summer, and so are they – the attraction is immediate. I don’t know if this is a forever love, but it will certainly prove unforgettable.

SAGITTARIUS
22ND NOVEMBER-21ST DECEMBER
If you’re dallying with someone right now, and it’s not going as you’d hoped, let it go. I say that because as you release something that isn’t working, something way better will emerge. A fire sign has been admiring you and is waiting for their moment, so give them an opening. This new romance is next-level, and makes your previous encounters look humdrum. You connect physically, mentally and spiritually. This summer’s new love could be the one.

CAPRICORN
22ND DECEMBER-19TH JANUARY
This might not be your usual style, but I see you playing the field this summer. You’ll enjoy going on dates, meeting people, and exploring the world with a myriad of interesting characters. You’ve got a lifetime to settle down, so don’t rush. You have been cooped up for a long time and you’re ready for – and attracting – a good time. Don’t commit to anything less than the best. Enjoy your freedom.

AQUARIUS
20TH JANUARY-18TH FEBRUARY
Forthrightness and honesty are your usual MO, but not so this summer. You’re set to get embroiled in a secretive and exciting liaison that might not be entirely above board. Pretty soon, these embers will start to smoulder. This person is a real crush, someone you’ve obsessed over for a long time. They like you too, so mark my words, things are going to happen.

PISCES
19TH FEBRUARY-20TH MARCH
You have a lot of friends because you’re a kind, empathetic, entertaining character to be around. People are drawn to you. One of them (maybe an Aquarius or a Scorpio) has stronger feelings than they’ve let on, but this summer they muster up the courage to say how they feel. Honestly? You won’t see it coming (even with this big hint), but everything changes immediately. You realise you’ve missed the signals, but they were there all along. And you’re into it.