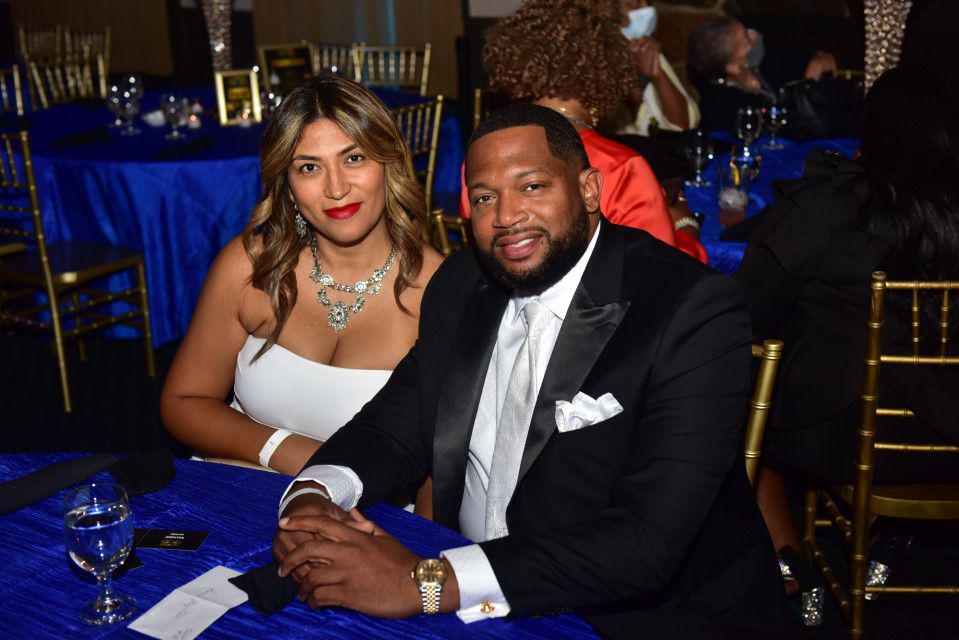 The 2020 Detroit Choice Awards was aired live Saturday September 19th, 2020 to thousands of viewers across multiple streaming platforms and via the DetroitChoiceAwards.com website. A truly illustrious night to remember. With a sold out venue, and some of the most important people from the city of Detroit dressed in their gowns, tuxedos, and with all their brilliance gracing the red carpet. Cameras flashed, videographers and cameramen capturing the embraces, smiles and comradery on display for the evening. The night to celebrate Detroit’s Heroes was in full swing with the Masters of Ceremonies Josh Landon of Fox 2 News and Comedian Bill Hill dishing out the laughs and entertainment before the festivities were even fully underway. The Live Band Elevate played to the delight of the patrons in attendance and those watching from home, as the nominations and Detroit’s Favorites, became winners and recipients of those sought-after beautiful crystal trophies. 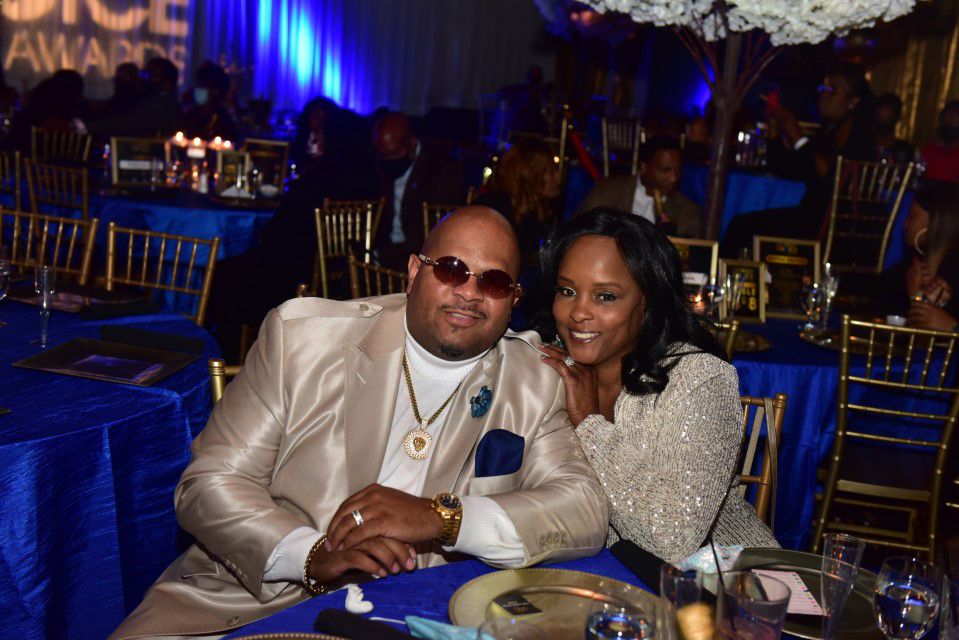 With moving performances from the Detroit Youth Choir that brought audience members to actual tears, while they stared attentively at our future sing their hearts out. Gwen Foxx, Alise King, and Nina Simone-Neal shook everyone to their core with their soulful tribute to the late great Aretha Franklin, the Jit Cypher had the people out of their seats and strolling down memory lane as the talented foot workers took the viewers through the timeline of evolution that “jitting” has lasted through, and the overly anticipated Old School DJ Battle did not disappoint as people snapped and clapped to the familiar tunes being dished out by the homage worthy DJs. 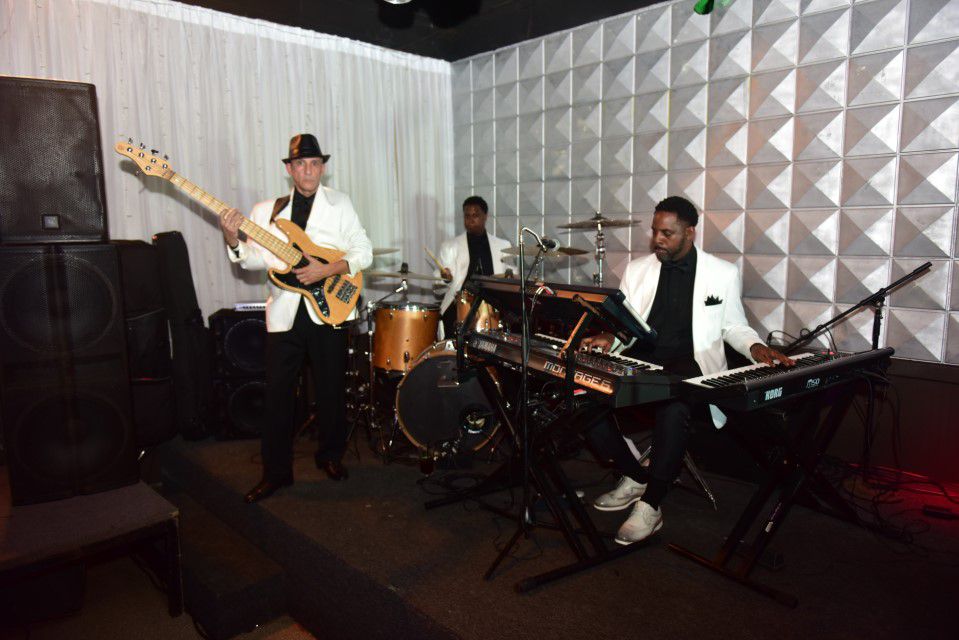 Throughout the evening Renaissance Icon Honoree recipients and the “Vanguard” Awardees approached the podium to express their gratitude and further encourage and inspire. Nationally acclaimed and Renaissance Icon Honoree Dr. Sabrina Jackson stated during her acceptance speech “It is a blessing for us to be here together tonight.” and The Michael Organization Founder Tacara Woods beamed as she accepted her title of Vanguard “This is a truly an honor, and I appreciate it so much!” 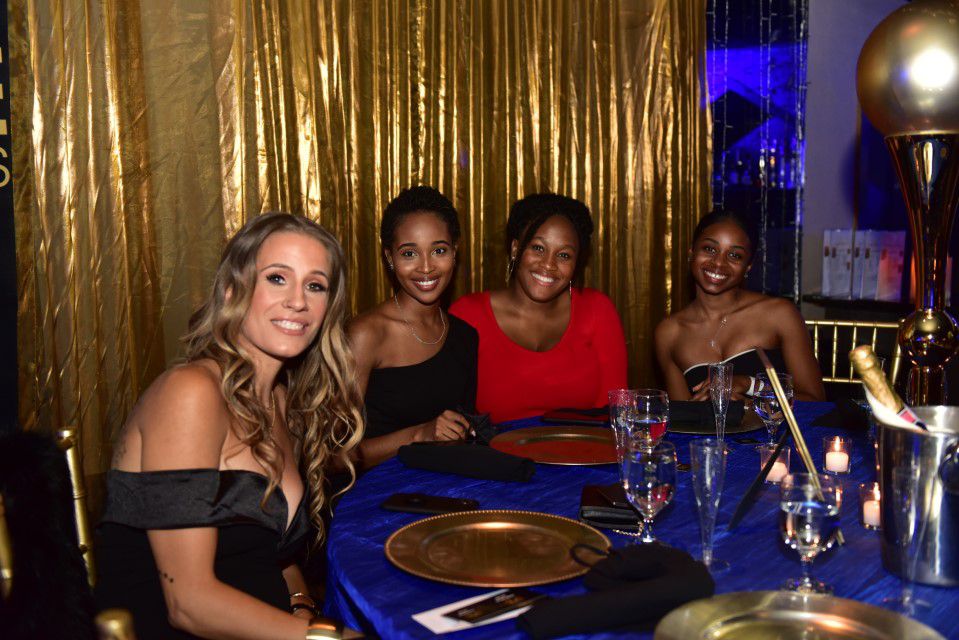 Screams erupted as the top 3 Favorites in each category were narrowed down to one! Some of those included in the winner’s circle were Floods Bar & Grille for Favorite Restaurant, Kut Em Up took home the Detroit Choice Award for Favorite Salon, and Scotty B’s proved to be the voters favorite carwash! Motorcity Women brought it in for Favorite Podcast, and the gorgeous Nina Simone Neal jumped up and gave her supportive husband the tightest hug as she realized her name was called as the Favorite female R&B Singer, Rhonda Walker was voted favorite news anchor woman and that is just to name a few! 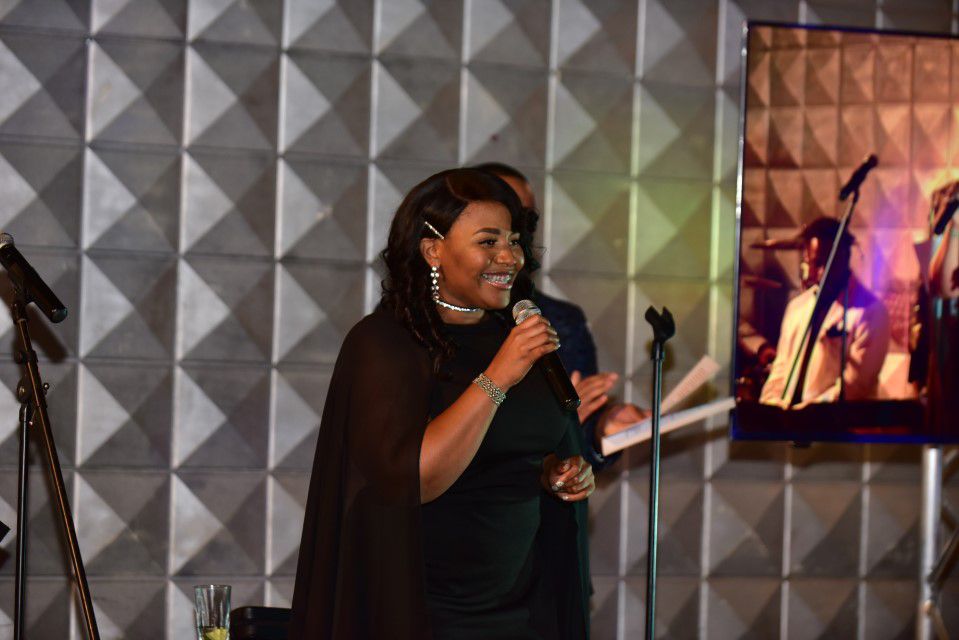 From sound production, to visual aesthetic, to the script. The love and care placed into the Detroit Choice Awards 2020 was evident. Held at the Blue Finn, with steak, tiger shrimp, salmon and roasted chicken being the menu, at least 7 photographers in the building captured the way makers of Detroit in one place breaking bread and celebrating the accomplishments of those truly making a difference. 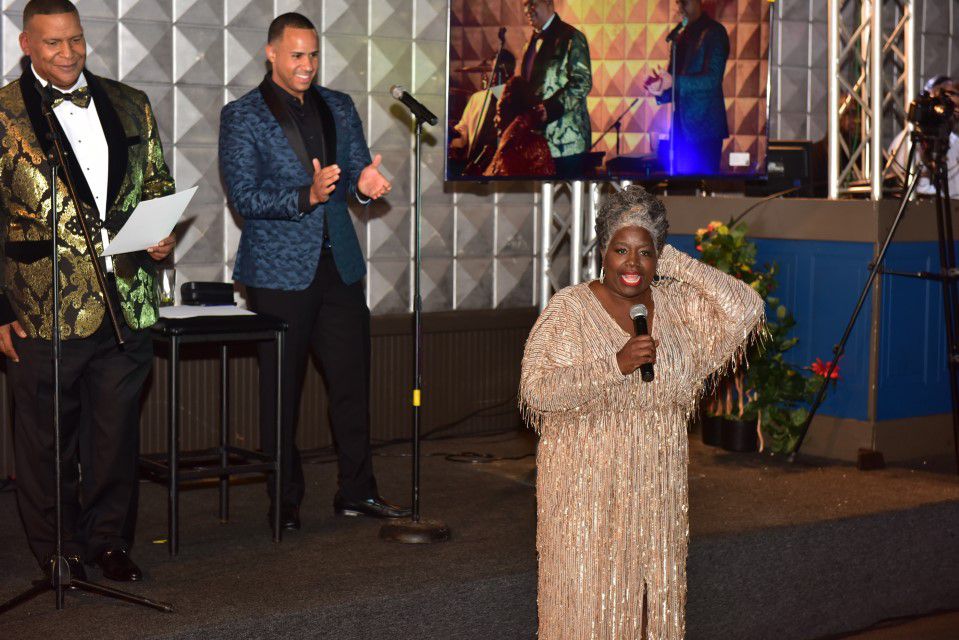 History was made as the Creator and Founder of The Detroit Choice Awards Dave Bishop, was awarded “The Spirit of Detroit Award” for pioneering such a monumental and important event for the city of Detroit. It was truly a night of miracles and Detroit magic. As the Awards Ceremonies begin to wind down, the “After Glow” was in full effect, and attendees danced the night away with DJ Gurt on the ones and twos. 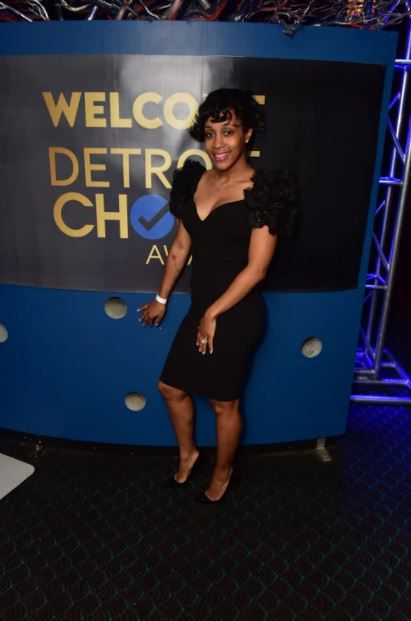 The 2020 Detroit Choice Awards brought out the best in all those who attended. It was truly a night to be a proud Detroiter. All Covid regulations were met during The Detroit Choice Awards, with multiple sanitation stands available and masks being mandatory to gain entry. It is amazing to show the adaptability even in current social circumstances and create an event that holds the same quality of performance and production as before Covid-19 is a feat all in itself. 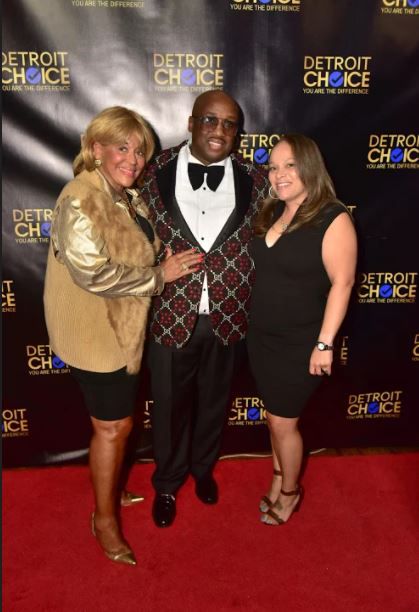 The proceeds for the Detroit Choice Awards will Benefit; The Detroit Police Athletic League, The Michael Organization, Dave’s Choice Community Organizations, and Helping Hands for Detroit. Because of this year’s success there will be a plethora of youth who will benefit from the generosity of the attendees of the ceremony and anyone else who had it in their heart to give. Your support will bring much needed aid to these worthy organizations. 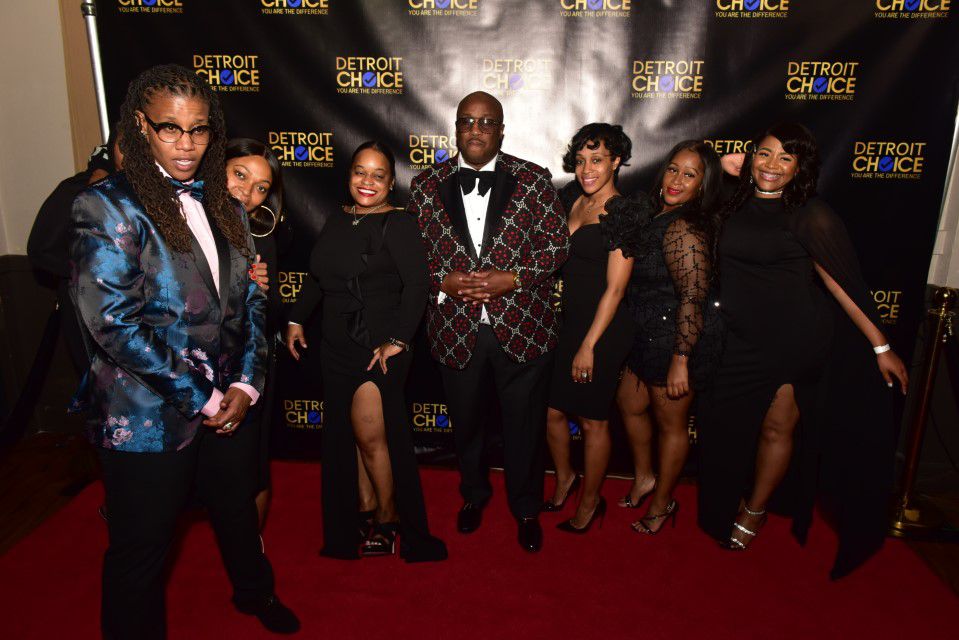 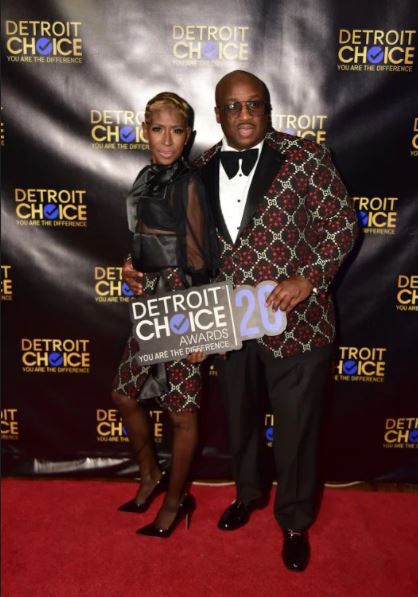 Thank you to all of the staff, attendees, viewers and of course Detroit’s Heroes and Favorites! It was truly a surreal evening with the best fashion, giving hearts, and deserving people. The 2021 Detroit Choice Awards will be here before you know it! If you would like to be a Sponsor, email; DetroitChoiceEvents@gmail.com. Also don’t forget to follow the @DetroitChoiceAwards on Facebook, Twitter and Instagram!