Will monkeypox become an 'established STD'? Why one infectious disease expert thinks so

Monkeypox is 'evolving and adapting,' says one doctor

By Lacey Christ via Fox News 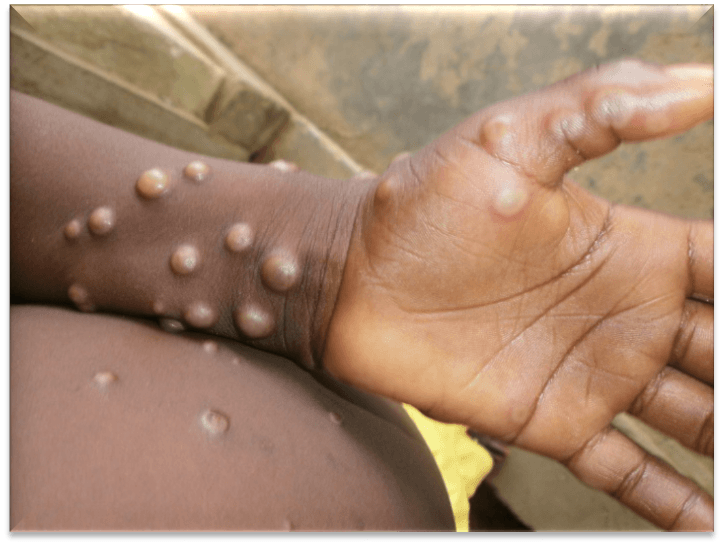 The Nigerian doctor who treated the 2017 monkeypox outbreak in Nigeria told Fox News in an interview that the virus now "shows all of the signs of becoming an established STD," as more U.S. cases arise and the Biden administration has called the outbreak a public health emergency.

Infectious disease physician Dr. Dimie Ogoina treated the first monkeypox case in Nigeria in nearly 40 years. That year of 2017, an 11-year-old boy came to him with a chickenpox-like rash.

The doctor said he had "never seen a monkeypox case in my life — I [had] only seen pictures," Ogoina told Fox News.

Doctors discovered the first documented cases of monkeypox in humans in the 1970s among children from Congo, Liberia and Sierra Leone. Prior to that, scientists detected the first cases among monkeys in an animal facility in Copenhagen, Denmark, in 1958 — giving the disease the name "monkeypox."

But in 2017, Dr. Ogoina — a professor of medicine and infectious diseases at Niger Delta University in Nigeria — noticed that the 11-year-old boy did not have contact with animals. The virus spread among his family, first infecting his uncle, then spreading to his mother, father and younger brother. 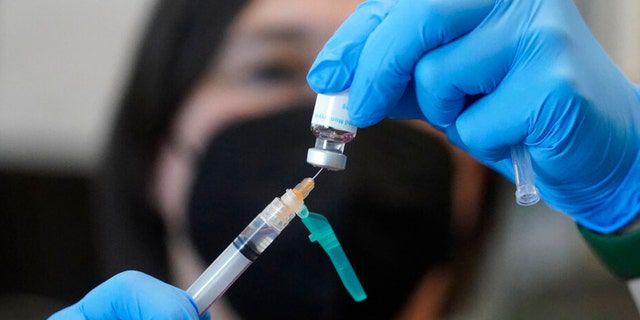 A registered nurse prepares a dose of a monkeypox vaccine at the Salt Lake County Health Department on July 28, 2022, in Salt Lake City. On Aug. 9, 2022, U.S. health officials authorized a new monkeypox vaccination strategy designed to stretch limited supplies by allowing health professionals to vaccinate up to five people — instead of one — with each vial. (AP Photo/Rick Bowmer, File)

After sending samples of the boy’s lesions to a lab in Senegal, Dr. Ogoina confirmed his suspicions: The boy had contracted the first case of monkeypox in Nigeria in 38 years.

The outbreak in 2017 grew to 200 confirmed cases in Nigeria. Since then, the monkeypox virus went from a rare disease to an endemic status in Africa — with cases spreading primarily among young, gay and bisexual men.

While the virus is not an endemic in the U.S., Dr. Ogoina told Fox News that in his opinion, it does show signs of becoming "an established STD" —meaning it is spreading among the U.S. population like other diseases such as chlamydia, gonorrhea or HIV.

In 2021, the U.S. confirmed two cases of monkeypox from travelers coming from Nigeria.

The CDC cited contract tracing efforts and "strong collaboration between CDC, state and local health departments, airline and airport partners" as reasons for containing the spread. 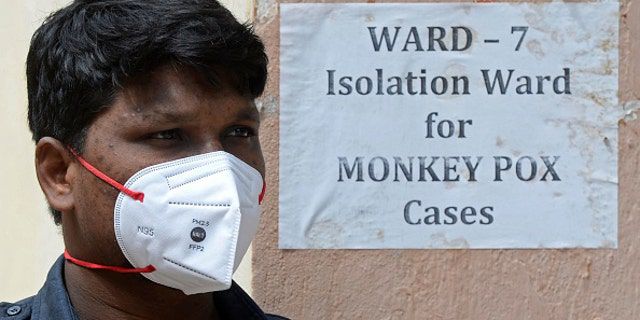 A man is shown in the "isolation ward" for monkeypox cases at a clinic in India.

Now, less than one year later, monkeypox cases are growing.

"It shows us that the virus is evolving and adapting more to the human host," said Dr. Dimie Ogoina.

"[The] current outbreak has led to questions about whether monkeypox is a sexually transmitted infection (STI). Monkeypox can more accurately be described as ‘sexually transmissible.’ In other words, sex is one of the ways that monkeypox can be spread, but not the only way," the agency said.

"In the current monkeypox outbreak," it added, "the virus is spreading primarily through close contact with someone who has monkeypox. This includes contact with monkeypox sores or respiratory secretions via close, sustained skin-to-skin contact that occurs during sex." 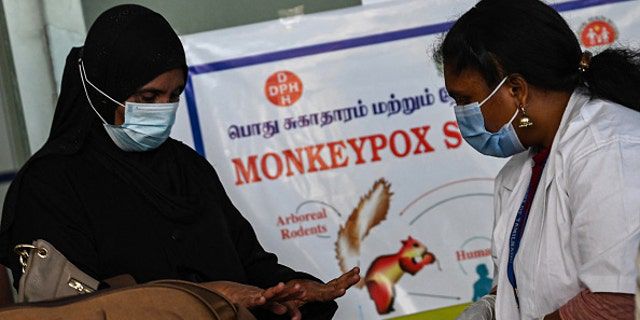 With cases on the rise, states have scrambled to distribute vaccines and boost testing efforts as HHS expands the monkeypox vaccine to more than 1.1 million doses.

The Biden administration is looking to lower doses, making the vaccine one-fifth as potent.

On August 9, 2022, the White House released the following statement, in part, about it.

"The Department of Health and Human Services (HHS) announced a Section 564 declaration, allowing FDA to use its authority to allow health care providers to administer up to five times the number of vaccine doses per vial of JYNNEOS vaccine."

It went on, "Following last week’s public health emergency declaration, today HHS Secretary Xavier Becerra issued a determination under the Section 564 declaration of the Food, Drug, and Cosmetic Act that allows for emergency use authorization of vaccines to prevent monkeypox and prevent severe disease from the virus. This action paves the way for the federal government to get up to five times the amount of doses administered out of a single vial of the JYNNEOS vaccine."

"The best way to contain this risk is not through vaccination," said Dr. Robert Malone. "It is through contact tracing, abstinence and isolation until these people are no longer infectious."

It went on, "The EUA now allows for 0.1ml of the JYNNEOS vaccine to be administered between layers of the skin (intradermally), as opposed to 0.5ml of the vaccine that is administered under the skin (subcutaneously)."

Vaccine distribution is one factor in halting the monkeypox outbreak. Other experts point to other measures.

Dr. Robert Malone, co-inventor of the mRNA vaccine, told Fox News that in his view, vaccination should not be the first line of defense.

"The best way to contain this risk is not through vaccination," said Malone. "It is through contact tracing, abstinence and isolation until these people are no longer infectious." 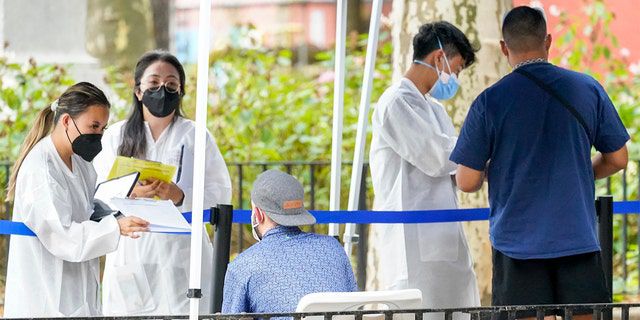 Health care workers with New York City Department of Health and Mental Hygiene help people register for the monkeypox vaccine at one of the City's vaccination sites, on Tuesday, July 26, 2022, in New York. (AP Photo/Mary Altaffer)

He also said, "We don't even have any idea how effective this vaccine really is. It was not designed for monkeypox … What's being done right now is very, very analogous to what happened early in the coronavirus crisis."

Public health officials are also looking to battle the stigma surrounding the name of the disease and the population affected.

"Newly identified viruses, related disease and virus variants should be given names with the aim to avoid causing offense to any cultural, social, national, regional, professional or ethnic groups …"

The WHO is looking to rename monkeypox, releasing a statement that said, "Current best practice is that newly identified viruses, related disease and virus variants should be given names with the aim to avoid causing offense to any cultural, social, national, regional, professional or ethnic groups, and minimize any negative impact on trade, travel, tourism or animal welfare."

Regarding the spread of monkeypox, Dr. Malone also told Fox News, "It's a very small global cohort … and it's a sexually transmitted disease within that global cohort of people that often have very multiple sex partners."

He also said, "In public health, I think that we have to be really careful about situations in which we are restricting our ability to communicate effectively to the people that are at the highest risk."

There is an urgency, however, among the global community to contain the virus.

"It is an infection that has spread so fast in more than 50 countries in less than two months and is still spreading," said Dr. Ogoina.