By Justin Gamble via CNN 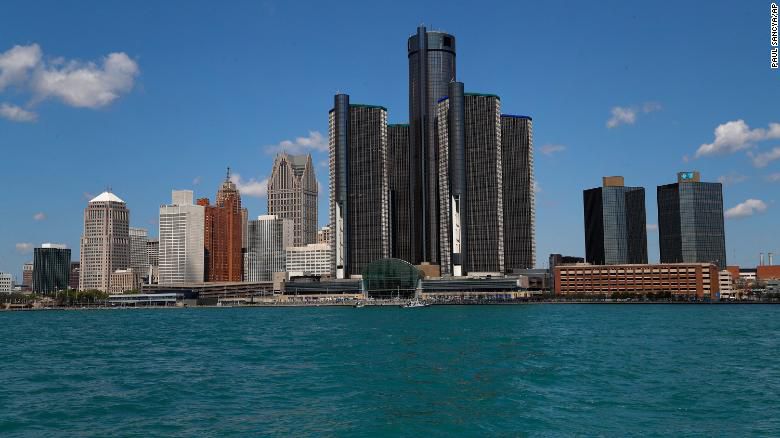 One of the largest majority Black cities in America is likely not to be represented by a Black lawmaker in Congress for the first time in almost 70 years -- and residents and community activists worry their economic and racial justice concerns will go unaddressed.

Three weeks after Indian American Shri Thanedar won the Democratic primary for the 13th congressional district in Michigan, some voters in Detroit fear they may not have a candidate looking out for their interests in Congress and say recent redistricting is partially to blame. Others also say the Black community should have rallied behind one Black candidate out of the eight Thanedar ran against.

Dwan Dandridge, CEO of Black Leaders Detroit says having fewer Black candidates in the race against Thanedar could have allowed the ones that emerged to build a coalition of support and resources to win the race.

"We had eight people in the race and when you've got that many, everybody's carving out some voters," he said. "Shri only won by a small margin in Detroit, but he gained his plurality in the down river areas, which are predominantly White."

In the newly redrawn districts, majority-Black districts are eliminated entirely while 11 majority-White districts remain. There are two districts where no group has a majority, CNN previously reported.

Michigan lost one congressional seat after the 2020 census and the state's redistricting commission eliminated the suburban-Detroit 14th congressional district of Rep. Brenda Lawrence. Lawrence is currently the only Black member of Congress in Michigan's delegation. She was expected to run for the 13th congressional district seat but subsequently decided to retire at the end of her term next year in January.

'He had name recognition'
In a city that is 77.1% Black, some are skeptical of Thanedar's motivations.

Williams and others say he moved to Detroit to further his political ambitions after a failed gubernatorial run.

"There was a lost opportunity to rally the reparations movement, during this political process," Williams said, adding that Thanedar not only concentrated on issues important to Black voters in Detroit but used his money to hire workers to knock on doors and flood the city with campaign paraphernalia. 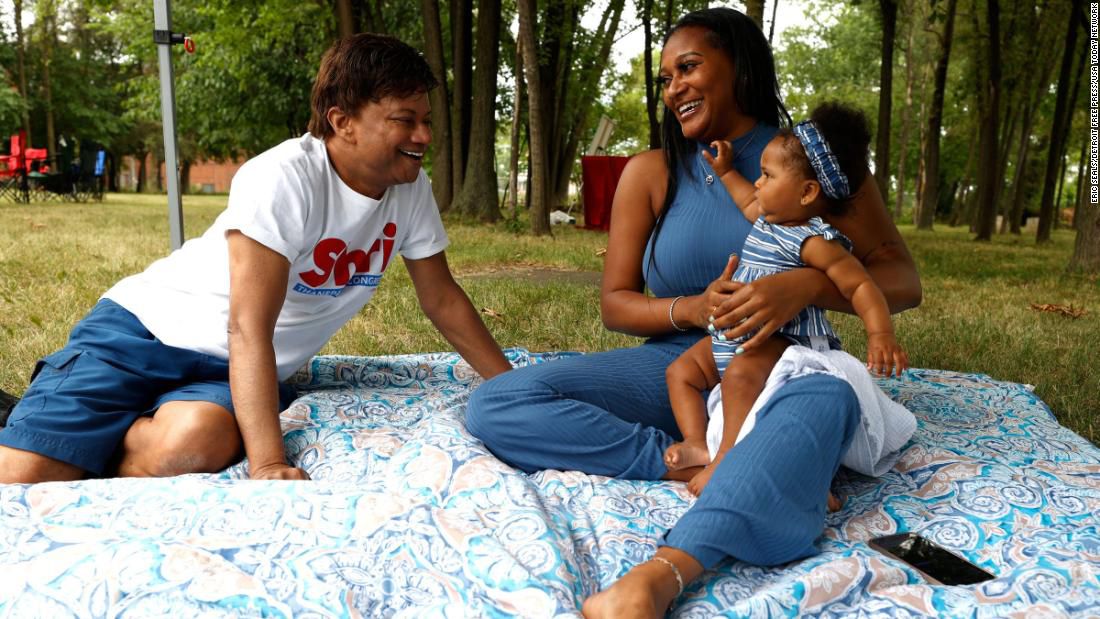 In the new 13th congressional district, which includes parts of Detroit, the wealthy former businessman won with 28.3% of the vote and largely self-funded his campaign.

Thanedar's campaign spokesman said the Democrat's win in majority Black areas of the district is not an anomaly and he has a record of advocating for Black voters.

Thanedar currently represents a state house district with one of the highest percentages of black voters in the state, according to his campaign.

"Shri won his state house district in this congressional race because he is a fighter on economic and racial justice issues in Lansing," his spokesman told CNN.

Political analyst Mario Morrow, who has been following Detroit politics for years, told CNN Thanedar's clear advantages allowed him to overshadow the others in the race.

"He had name recognition," Morrow said. "The Black [candidates] were splitting the vote and he was floating a bunch of money on the airwaves, which is a formula for disaster for African Americans and a formula for victory for him."

Morrow says the other candidates in the race could not match the money Thanedar spent on his campaign because there was no one consensus black candidate.

According to Thanedar's campaign, "voters know Shri because he is incredibly visible in the community, accessible and responsive" and as somone who grew up in poverty he understands the struggles of low-income and working-class families.

But Thanedar took advantage of running up margins in the down-river areas of the district which are predominately White, Williams said.

Although the candidate did win the majority White down river area, his top Black opponents in the race also won areas of the district that are primarily White, according to Thanedar's campaign.

Were too many people running?
Some Detroiters also blame the number of Black candidates in the race and the lack of the Democratic establishment to get behind one candidate which would have likely narrowed the field.

"You had nine people running, eight of which were African American, and one was Shri Thanedar, who was a man of color but Indian descent. The eight African American candidates split the vote among the Black community," Morrow said.

Some Black community activists and business leaders also agree some of the Black candidates should have dropped out of the race.

"You get a couple of those candidates to endorse one another, right, and step back and say 'hey, it's more important that we have representation than it is that I'm the one that's going to represent us at this time'," Dandridge, tells CNN. Dandridge adds he hopes in the future, Black candidates recognize the dynamics at play in their individual races and will coalesce around the most viable Black candidates.

Williams doesn't think Republican Bivings has a chance. "Black folks are not going to do that in Detroit," Williams says, "I don't care how attractive the guy is. We've been voting Democratic all our lives."

President Joe Biden beat former President Trump in Wayne county where the 13th congressional district is located by 38 percentage points in the 2020 race for the White House.