By Osman Faruqi via The Guardian 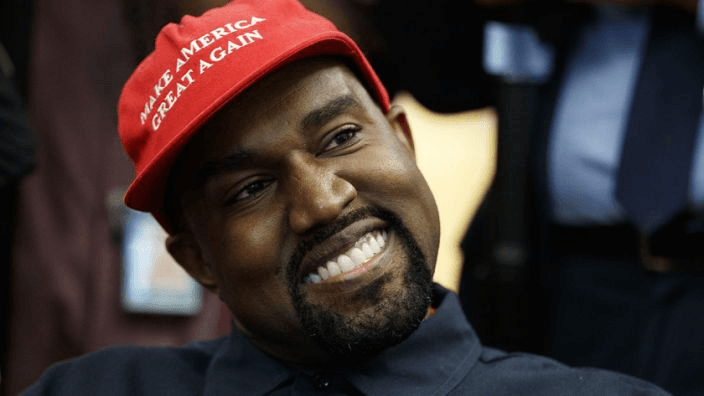 If the lead actor in 1954 classic Cattle Queen of Montana can go on to become commander-in-chief, and The Terminator can be elected to run the eighth largest economy in the world, is it really that hard to imagine successful producer, musician and entrepreneur Kanye West living it up in the Oval Office?

West’s announcement that he would be running for American presidency in 2020 has been met with such immediate ridicule you might be confused into thinking that presidential elections are something Americans take seriously. In reality, United States citizens have a propensity for electing slightly mad individuals, including one with a fetish for having Vaseline rubbed on to his head during breakfast and another who frequently exposed himself in high-level meetings.

The good news is there are plenty of reasons to get behind a West 2020 campaign.

While his biggest singles are his more mainstream pop and dance hits like Gold Digger and Stronger, he has a long and continued history as an artist unafraid to tackle social issues. He doesn’t constrain his political perspectives to his music either, famously stating on national television in 2005 that then US president George W Bush “doesn’t care about black people”. (Bush later highlighted that moment as “the worst in his presidency”.)

By delving into some of West’s more potent, politically charged lyrics, one may be able to understand what is driving his foray into politics and what his agenda might become.

He understands what is wrong with conteporary America

The US has the highest incarceration rate in the world, with 2.2 million inmates. In comparison China, with a population roughly three times as large, has 1.5 million incarcerated people. West is making the simple point that spending up to five times more on locking people up compared with educating kids is a pretty silly way to run a country. A president who wants to spend more money on education than on locking millions of people in jail? The guy is too damn sensible.

The US leads the world in mass shootings. While it has just 5% of the world’s population, it’s the location of 31% of mass shootings. Political paralysis and fighting between state and federal governments has made gun reform almost impossible, but the interesting thing about West’s attitude to violent crime is how frequently he looks deeper into the root causes. To West, addressing gun violence isn’t just about limiting access to weapons, it’s about fighting poverty and tackling a culture that glorifies violence. That’s the kind of policy rigour missing from DC. 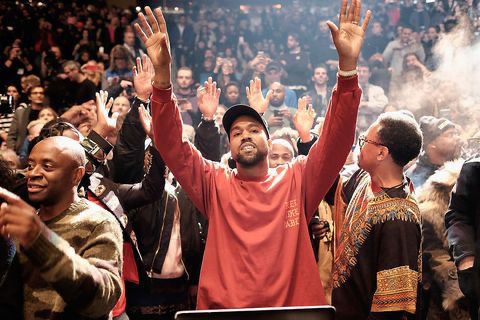 Been a don, praying for the families lost in the storm / Bring our troops back from Iraq, keep our troops out of Iran – Power (Remix) (2010)

Not only does opposing the Iraq war put West to the left of Hillary Clinton, he’s staunchly against military adventurism in Iran. While the threat of war with Iran has receded significantly since president Obama’s landmark nuclear deal, for a period it looked almost inevitable. Props to him for taking such a firm, coherent position opposing invasion.

With more and more public figures declaring the war on drugs an abject failure, who better to lead the drug law reform campaign from the White House than a president who admitted to being stoned when he announced his candidature?

Now we have a decent idea of the policy agenda a West presidency could entail. But if the thought of an anti-war, drug- and gun law-reforming president who prioritises spending on education isn’t enough to get you on board team West, consider the potential context in 2020:

Donald Trump has been president for four years and declared war on pretty much everyone who isn’t white, rich and a man. He’s expanded military intervention in the Middle East and tripled the prison population by locking up undocumented migrants. Meanwhile education and health funding has been slashed in order to build a giant wall separating the US from Mexico.