By Meghan Jones via Reader's Digest
Illustrations By Gluekit 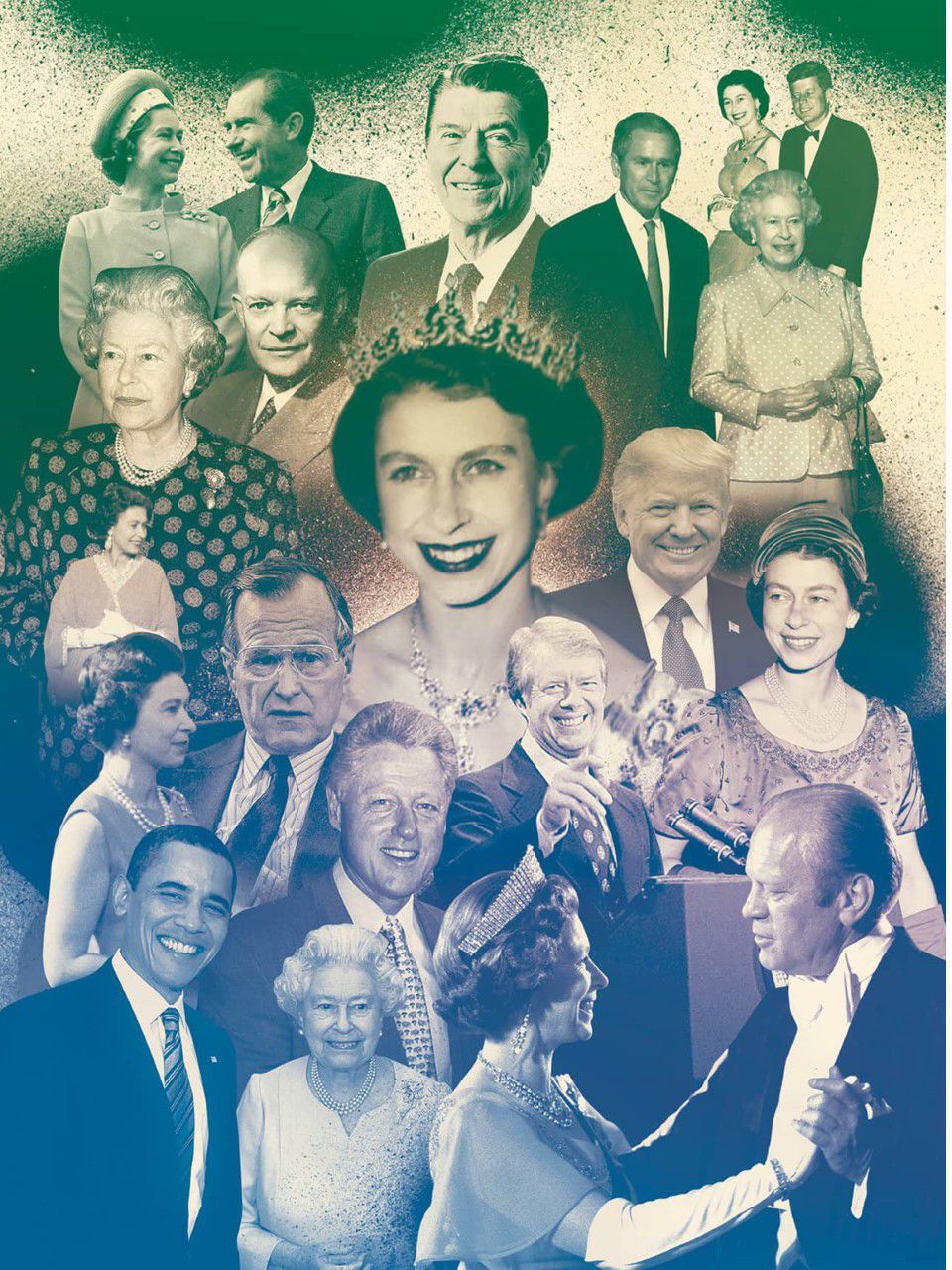 The calendar doesn’t lie, but these surprising historical mash-ups show why the years can fly by one day and crawl the next.
During her reign, Queen Elizabeth II has met 11 sitting U.S. presidents. She has been on the throne for 66 years and has met every president since Eisenhower (except for Johnson, who didn’t travel to the U.K.). Among her royal duties was dancing with President Ford (lower right), but historians say that Reagan, who rode horses with Her Majesty at Windsor Castle, was her favorite president.

The New York Times predicted that humans wouldn’t be able to fly for at least a million years—in 1903. That happened to be the same year the Wright brothers made history. In fairness to the Times, the paper published its editorial “Flying Machines Which Do Not Fly” right after an inventor named Samuel Pierpont Langley tested his “aerodrome.” An assistant flew the contraption off the roof of a houseboat floating on the Potomac River—and crashed into the drink. (He survived.) That was in October. Two months later, Wilbur Wright spent 59 glorious seconds touring the skies over Kitty Hawk, North Carolina. 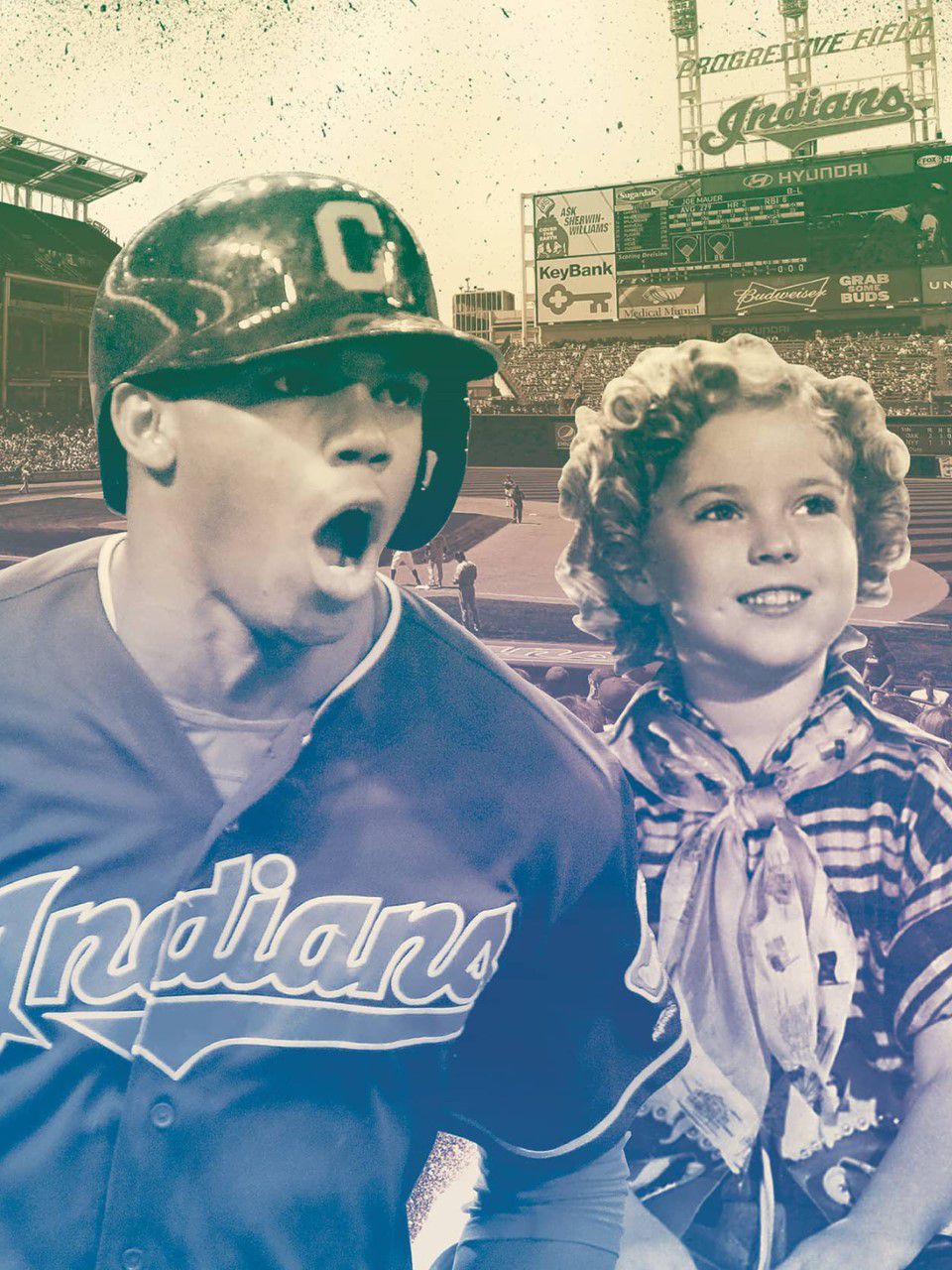 The last guillotine execution in France occurred the same year that Star Wars debuted. Hamida Djandoubi, a Tunisian immigrant, was convicted of killing his girlfriend and was put to death on September 10, 1977. That was only a few months after the first Star Wars movie was released. The guillotine had been the official method of capital punishment in France since 1792, when Dr. Joseph-Ignace Guillotin championed it as a more humane means of execution than hanging convicts, breaking them on the wheel, or burning them alive. The country didn’t officially discontinue the use of the guillotine until 1981, when it outlawed capital punishment entirely. (On the Star Wars calendar, that was the year after the premiere of The Empire Strikes Back.)
The last time the Cleveland Indians won the World Series, Shirley Temple was still acting in movies. The Indians defeated the Boston Braves in the 1948 series. Temple made her last movie, A Kiss for Corliss, a year later. FYI, the Braves moved to Milwaukee in 1953 and then, in 1966, to Atlanta, where the team won the series in 1995, beating—you guessed it—the Indians.

There are likely whales still swimming today that were alive when Moby-Dick was published. Moby-Dick came out 168 years ago, in 1851. But bowhead whales can live for over 200 years, one of the longest life spans of any mammal known to science.

From the day Pluto was discovered until the day it lost its status as a major planet, it didn’t complete even one orbit around the sun. Poor Pluto. The tiny celestial body was discovered and named an official planet in 1930, only to be downgraded to a mere “dwarf planet” 76 years later, in 2006. That’s a lifetime to humans but less than a year in Pluto’s little world. The amount of time it takes Pluto to revolve around the sun: 248 Earth years.
One of the last American Civil War widows passed away just over a decade ago. Maudie Hopkins was born in 1914, long after the end of the Civil War. But her husband, a former Confederate soldier named William M. Cantrell, was 67 years her senior. He died in 1937. Hopkins lived to be 93 and passed away in 2008.

The tenth president of the United States has living grandchildren. John Tyler was born in 1790 and was inaugurated as president in 1841. He had 15 children (with two wives), including Lyon Gardiner Tyler, who was born in 1853, when former president Tyler was 63. Lyon Tyler’s sons Lyon Jr. and Harrison (the president’s grandsons) were both born in the 1920s—and are still alive and well.