What People Get Wrong About Tipping Hotel Housekeepers 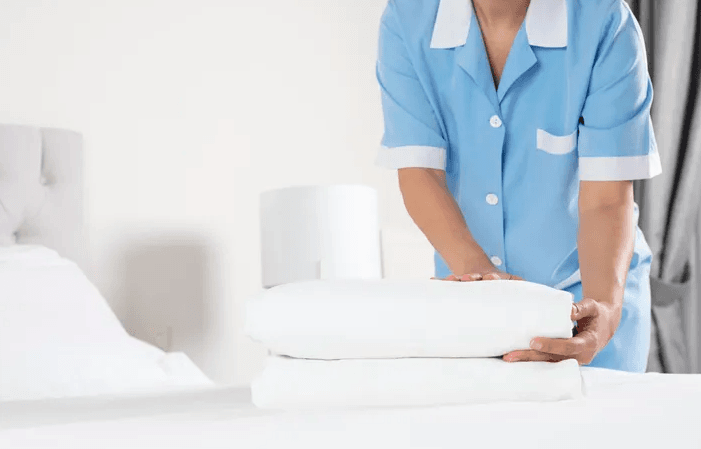 SIMARIK VIA GETTY IMAGES
Tipping housekeeping staff every day that your room is serviced is standard protocol.

Experts share how often you should tip housekeeping staff, how much money, where to put it and more.

Hotel guests often interact with a number of staffers ― from valets to bellhops to lobby bartenders. And in these exchanges, it’s common knowledge to tip them accordingly.

But there’s one staff category that is often ignored in the tip department due to the fact that the labor often requires less face-to-face time: housekeeping.

“I must admit my ignorance,” life etiquette expert Juliet Mitchell, also known as Ms. J, told HuffPost. “When I first started traveling and staying in hotels, I didn’t know that you should tip the housekeeping staff. This, for many, is truly a faux pas borne out of ignorance.”

In 2017, The New York Times reported that fewer than a third of hotel guests leave tips for housekeeping staff. And even if they do tip, they may not realize that it’s important to do so for each day of their stay.

To help explain the rules around tipping hotel housekeepers, HuffPost spoke to a few etiquette experts. Read on for their guidance.

Why it’s important to tip housekeeping staff
“You may occasionally pass hotel housekeepers in the hallways, but you rarely see how incredibly hard they work,” Jodi R.R. Smith, president of Mannersmith Etiquette Consulting, told HuffPost. “Rooms must be cleaned, carpets vacuumed, sheets changed, beds made, towels refreshed, bathrooms wiped and trash cans emptied. All of this must be done without disturbing the guests or their belongings — and in a short, and often timed, duration.”

The job is also more precarious than you might think. Housekeepers experience the highest injury rates in the industry due to the physically demanding and time-sensitive nature of their work, according to Unite Here, a labor union that represents more than 100,000 hotel workers in North America. Housekeepers also face additional risk of sexual harassment and assault, as the job generally entails working alone in strangers’ rooms.

Following the onset of the COVID-19 pandemic, many hotels have enhanced their cleaning protocols, which means additional disinfecting tasks for housekeepers. Meanwhile, labor shortages have led to reduced staffing amid a renewed demand for travel. Despite all of this, housekeepers remain some of the lowest-paid employees in the operation.

Why you should do it every day
The standard for hotel housekeeping is to tip every day to ensure the money is going to the specific person servicing your room.

“Because housekeeping is a 24/7 position, there are many teams that work in concert to keep each room clean,” Smith said. “There is no guarantee that the housekeeper who cleaned earlier in your stay will be the same one cleaning your room when you check out.”

If you wait until the end of your stay to tip or leave it all at the beginning, you risk shortchanging workers. 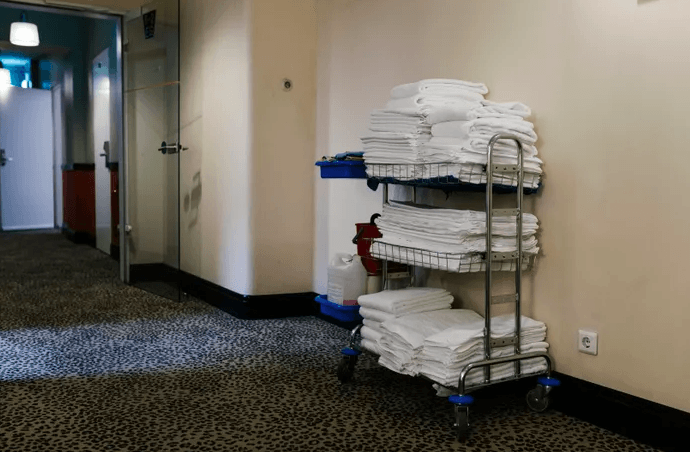 WILLIE B. THOMAS VIA GETTY IMAGES
Many hotels have changed their cleaning procedures and amenities during the pandemic.

During the pandemic, many hotels have switched to an opt-in system for daily room cleaning due to health guidelines and labor shortages. As a result, some guests might think there’s no need to tip housekeepers.

But even if you never opt for room cleaning during your stay, you should leave a tip on your departure day, as housekeeping staff will be coming in to clean up after you and disinfect the room before the next guests arrive. With staffing shortages and enhanced cleaning procedures, it’s even more important to show your appreciation for their work.

How much money to leave
The standard amount for housekeeping is $1 to $5 per day, according to a tipping guide from the American Hotel and Lodging Association. But with the ongoing pandemic, Unite Here suggested leaving at least $5.

“Tip graciously. There is no set minimum gratuity but if there was ever a time to show generosity and respect, this is it,” said Diane Gottsman, an etiquette expert, the author of “Modern Etiquette for a Better Life” and the founder of The Protocol School of Texas.

“$5 to $10 a day is greatly appreciated, depending on the selection of hotel that you stay,” she added. “The more elaborate the hotel, the more you will want to leave based on the overall price point.”

Smith noted that tip amounts depend on factors such as the geographic location, length of stay, number of people per room and additional requests.

The AHLA advised placing the money in an envelope with a note to make it clear it’s for housekeeping. Smith believes the best location to put it is on the bed near the pillow.

What else to keep in mind
Courtesy toward housekeepers doesn’t end at tipping.

“Remember that a real person is coming in to pick up your mess,” Gottsman said. “Show respect for the person who is keeping your room clean. Throw trash in the container rather than on the floor. Observe special requests such as leaving your towels in a particular place if that’s what the hotel requests.”

She also recommended asking workers at the front desk if they can accommodate your request for items such as robes, as housekeeping staff is more limited.

Civility expert and “Everyday Etiquette” author Patricia Rossi emphasized that showing consideration for hotel staff with tips and courtesy is mutually beneficial, not only in terms of service provided but also in terms of spreading positivity in difficult times.

“It’s giving back a tiny deposit of goodness for the good that was done for you,” she said. “It shows appreciation, gratitude and respect, and it will boost your heart and theirs.”