By Melissa Klurman via Reader's Digest 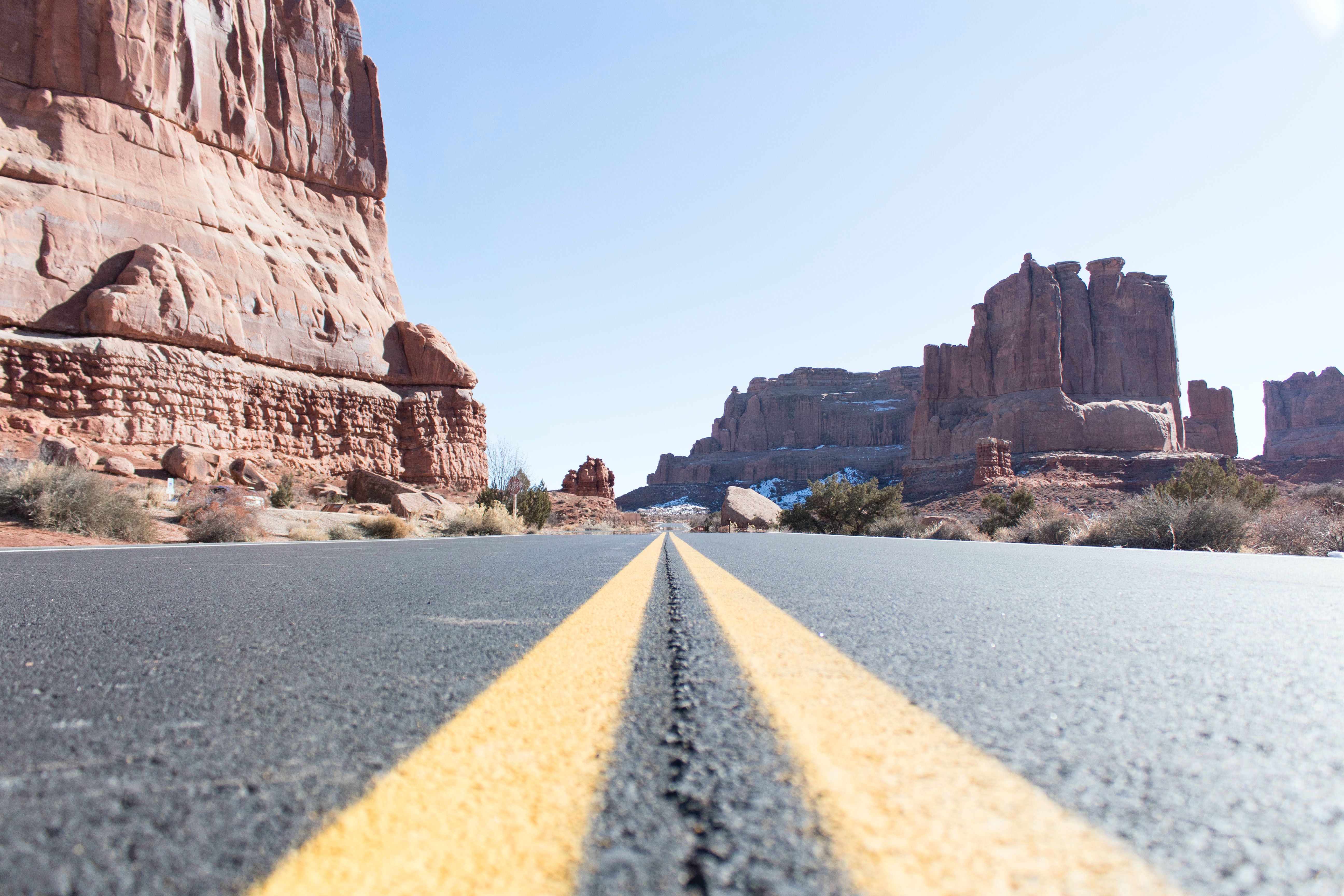 After a long, sequestered year, many of us feel the itch to travel again. Before you start to pack the car, let these five signature drives inspire your plans—and your wanderlust. 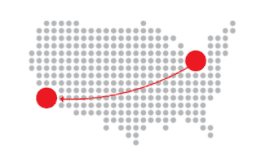 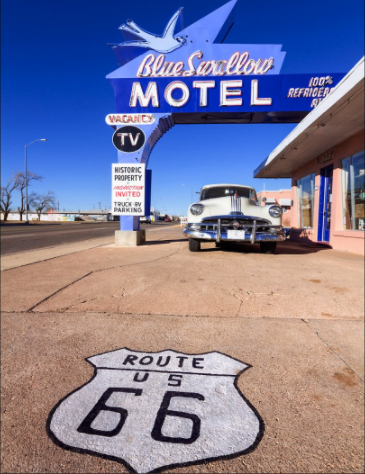 The blue Swallow welcomes new cars too. (In fact, it has Tesla charing stations.)

The Mother Road. America’s Highway. The Main Street of America. The Will Rogers Highway. Route 66 goes by many names, but there’s one thing everyone can agree on: “Historic Route 66 is the quintessential American experience,” says Ken Busby, executive director and CEO of the Route 66 Alliance. “It speaks to westward migration during the Great Depression, a road of hopes and dreams and opportunities.”

Route 66 also represents the entrepreneurial spirit of America. From kitsch to classics, these only-here spots are worth the trip in themselves. A few favorite roadside pit stops: Follow the 1960s green-and-yellow neon sign to Waylan’s Ku-Ku Burger drive-through for towers of sweet soft serve, crisp fried pickle spears, and sizzling burgers in Miami, Oklahoma. Hunker down for a nostalgic stay at Blue Swallow Motel (circa 1940) in Tucumcari, New Mexico. And don’t miss the photo ops at the World’s Largest Ketchup Bottle in Collinsville, Illinois, or the graffitied monoliths at Cadillac Ranch in Amarillo, Texas.
As with most road trips, Route 66 is more about the journey than the destination as you roll along from Chicago to Santa Monica, California. “It’s not the road and it’s not the attractions—it’s the people,” says CEO of Mother Road Enterprises Jim Conkle, who has traveled Route 66 more than 200 times since his first trip in 1949. “The people are from all walks of life, from every country in the world. It’s really a smorgasbord of cultures and languages. If you travel Route 66 and don’t immerse yourself with the people, you’re missing the key to the whole experience,” he says. “You’re more than likely going to come away from any trip on Route 66 with a whole bunch of new friends.” A fitting souvenir from America’s Highway. 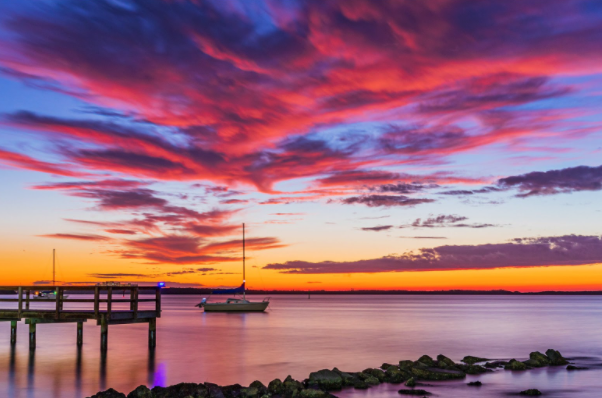 Sunset off the coast of Dunedin

With 1,350 miles of unbroken coastline, Florida is America’s undisputed sand-and-surf playground. And its undisputed seaside capital is—Miami? Daytona? Key West? In fact, last year Tripadvisor reported that the top beach in Florida—in fact, in all of America—is Siesta Key, just south of Sarasota. If you’ve never heard of it, perhaps that’s because Floridians try to keep this most-coveted secret to themselves.

Siesta Key is one of many underappreciated and not-too-crowded beaches you’ll find on this drive along Florida’s aptly named Sun Coast. Start on Route 19 northwest of Tampa and head south through slice after slice of sandy Gulf paradise, including Tarpon Springs (the “sponge capital of the world”), the Scottish-like fishing village of Dunedin, and Clearwater’s Caladesi Island, which Dr. Beach (aka Stephen Leatherman, PhD, the director of the Laboratory for Coastal Research at Florida International University) has put at the top of his own best beaches in America list.

The turquoise-tinged beauty is everywhere. Fort De Soto Park delivers sunsets to rival Key West’s any day, and it’s home to a menagerie of pelicans, herons, egrets, sea turtles, and Florida’s iconic dolphins. Travel a few hours south on I-75 and over the Sanibel Causeway to Sanibel and Captiva Islands, two Old Florida retreats with no buildings taller than a palm tree. Together, the two islands claim the title of “seashell capital of the world,” a distinction they owe to a quirk of geography. They are among the few barrier islands that run perpendicular to the mainland, which allows them to snag the current’s conch, whelk, and other shells in their crescent-shaped clutches. Stop over, and you might find yourself captive to the islands’ charms too. 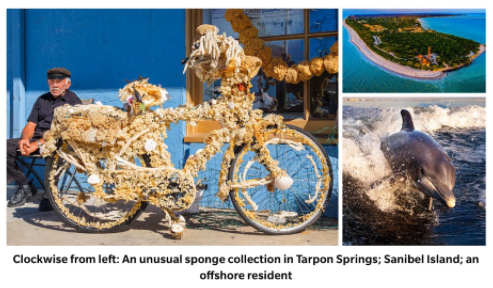 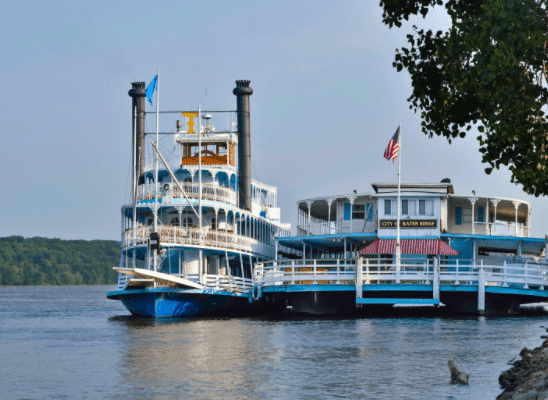 A riverboat cruise stop near LeClaire

Adventures of Huckleberry Finn. Showboat. The Blues. The Mississippi River is arguably our most inspiring natural landmark. If you have a lot of time on your hands, you can ride shotgun with Old Man River all 2,350 miles, from the Gulf of Mexico to northwest Minnesota. Or you can sample what makes this river unique by giving the Iowa stretch of the Great River Road a try.

The Hawkeye State’s 328 miles of the River Road wind by more cultural and educational centers than it does in any other state. A good place to start is Keokuk, home to the George M. Verity Riverboat Museum. Its collection of maritime artifacts and information is housed, appropriately, aboard a historic paddle wheel boat.

The water is the star of the trip, but the scenery throughout Iowa puts on its own show, from the low riverbeds to the dramatic limestone bluffs sculpted over millennia by glacial meltwater. A three-hour drive north of Keokuk brings you to LeClaire, birthplace of Buffalo Bill Cody and home to the museum that honors both his contributions as an explorer of the West and the Native Americans he encountered.

From there, it’s on to Dubuque, Iowa’s oldest city and a favorite haunt of Al Capone. You’ll find the National Mississippi River Museum and Aquarium here, along with its resident alligators, river otters, and turtles.

You can tour a bit of 19th-century America in historic McGregor, where Pikes Peak State Park provides one of the most expansive views anywhere along the Mississippi.

About 15 miles to the north, Harpers Ferry is home to Iowa’s most significant Native American relics: the 1,600-year-old representations of birds, bears, and more at Effigy Mounds National Monument. The sacred spot preserves 200 mounds from more than 20 tribes on 2,500 acres.

Ride along to the high scenic bluffs of Yellow River State Forest (home to 65 species of birds) on the way to Lansing’s 450-foot-high Mount Hosmer Park. On a clear day, you can see for 50 miles—Wisconsin to the east and Minnesota to the north. 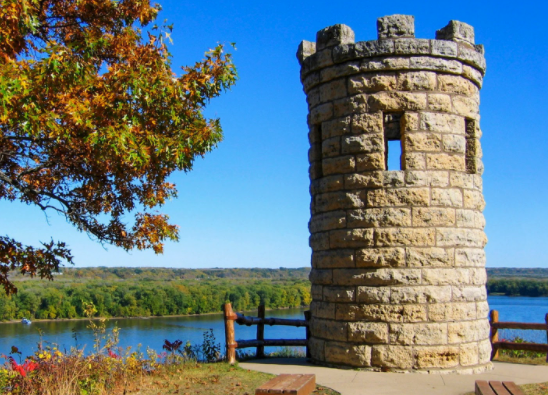 No. 4: Five in One Drive: NATIONAL PARKS 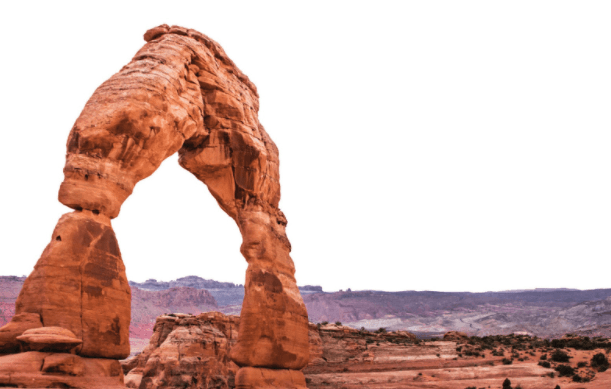 Sculpted by wind and water over countless millennia, the remote canyons and plateaus of southeastern Utah were among the last parts of the American West to be seen by travelers from the East. What a difference a century or two can make. Today, that rugged landscape is home to some of the most popular national parks in the country. Collectively known as the Mighty Five, they boast dramatic desert landscapes, soaring arches, deep slot canyons, and reach-for-the-sky rocky spires.

You’ll need several days to take in all of the natural wonders, starting with the red rock landscape of chasms and hanging gardens at Zion National Park. The views here may make you feel as if you’re flying, especially at Angels Landing, which juts 1,488 feet above the Virgin River. Head 75 miles northwest along 89A to Bryce Canyon National Park. You’ll spy the soaring orange rock formations (known as hoodoos) long before you arrive at the park gates.

Next up, how about a trip to Mars? The red sandstone of Capitol Reef National Park, 100 miles to the northeast, so resembles the look of the Red Planet that a Mars Desert Research Station is located here. Roll 130 miles north for another otherworldly sight: Arches National Park’s more than 2,000 dazzling stone arches, the largest profusion of natural arches in the world. Bonus: If you discover a new one of these colorful striations, you get to name it.

Finally, drive on to the needle pinnacles, rock mazes, and remote canyons carved by the Colorado and Green Rivers at neighboring Canyonlands National Park. The vast wilderness area offers crowd-free experiences in its remote reaches that will make you feel as if you’re all alone with these mesmerizing landscapes. 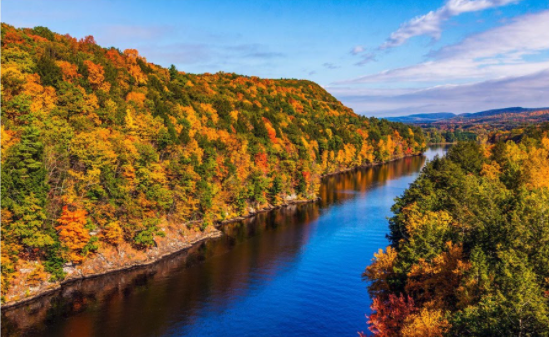 The hills along the Connecticut River, alive with color

Other than a great cup of chowder, New England vacationers essentially want two things: a little bit of history and a lot of foliage. You’ll find them both on Massachusetts’s Mohawk Trail, one of the nation’s first designated scenic highways. The Mohawk people once used this byway across the Berkshire Hills as a trading route, and armies from Colonial Boston traveled it to defend the western frontier. Among the gems you’ll find today: a Quaker meetinghouse in Adams built in 1782 and the nearby birthplace of ­Susan B. Anthony.

They are both at the western edge of this one-day drive, which follows Route 2 east through the northwest part of the state. Natural and constructed beauty intertwine everywhere, as in the hills of Natural Bridge State Park, home to the only natural white marble bridge in North America. There’s a bridge of another kind in Shelburne Falls—the blooming Bridge of Flowers, a former trolley path teeming with hundreds of varieties of flowers, vines, and shrubs. 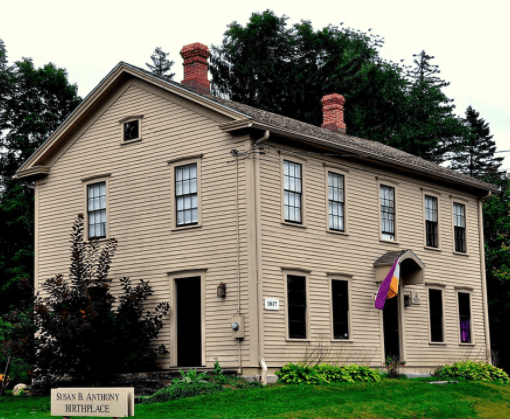 Susan B. Anthony was born in this house in Adams, Massachusetts, 201 years ago

Drive on and you’ll encounter a hairpin turn that will make you feel as if you’re on a roller coaster, twisting almost 180 degrees straight down a hillside. Not enough of an adrenaline rush? Try flying through the treetops on a zip line tour in Charlemont. If you prefer to be amazed with two feet firmly on the ground, stop in North Adams to marvel at the visual and performing arts offerings at the Massachusetts Museum of Contemporary Art. Housed in the former Sprague Electric Company plant, MASS MoCA is one of the largest contemporary arts centers in the country, with 28 buildings spread across 16 acres. It’s home to indoor and outdoor dance, music, and theater spaces as well as some of the finest large-scale sculpture exhibitions in the world.

After all that man-made art, you’ll be ready for more of Mother Nature’s. It’s only a five-mile drive to the top of Mount Greylock, the highest peak in Massachusetts. From the observation tower at its summit, you’ll get a bird’s-eye view of the entire sweep of the Berks. You might even spot a bald eagle from your perch.