By Jordan Mendoza and Thao Nguyen via USA Today 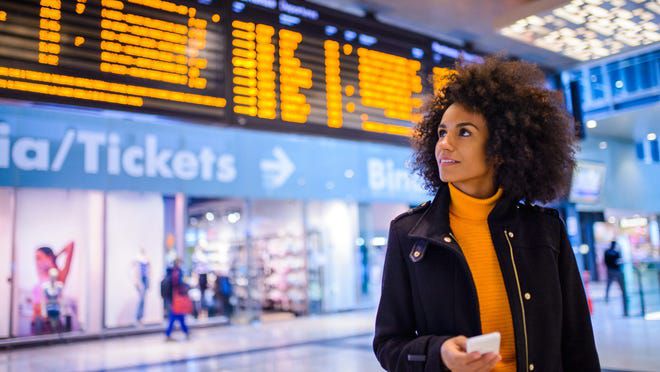 Travel issues continued piling up for fliers as flight delays and cancellations topped 10,000 — a tumultuous weekend for holiday travel blamed on staffing shortages, packed planes and the ripple effects from previous bad weather.

On Monday, more than 3,000 flights within, into, or out of the U.S. were delayed and about 370 flights canceled, as of 5 p.m. ET, according to FlightAware. TSA projected on Twitter that Monday could be Seattle-Tacoma International Airport's busiest day since the start of the pandemic.

"This has been another travel Armageddon weekend," James Ferrara, co-founder and president of global host travel agency InteleTravel, told USA TODAY. "But it's not isolated, or really a surprise."

Friday was the busiest day for air travel this year with over 2.4 million people passing through security at U.S. airports, according to the Transportation Security Administration. On Saturday, there were 2.1 million travelers.

The U.S. has dominated global flight issues, but it isn't the only country having airline issues; worldwide, an additional 3,500 flights have been canceled and over 23,000 have been delayed this weekend.

Currently, passenger volumes nationwide for this month are 87.7% of 2019 volumes, according to TSA spokesperson Lorie Dankers. The average number of people screened per day is 2.24 million compared to 2.56 million in June 2019.

"This is the highest sustained level we have seen since travel began to recover from the pandemic," Dankers told USA TODAY on Monday.

Nationwide, Delta and United have the highest number of cancellations, with 7% and 3% of flights canceled, respectively, not including flights on their regional affiliates. Airports that are seeing the most issues include Hartsfield-Jackson Atlanta International Airport, John F. Kennedy International Airport and LaGuardia Airport in the New York City area. 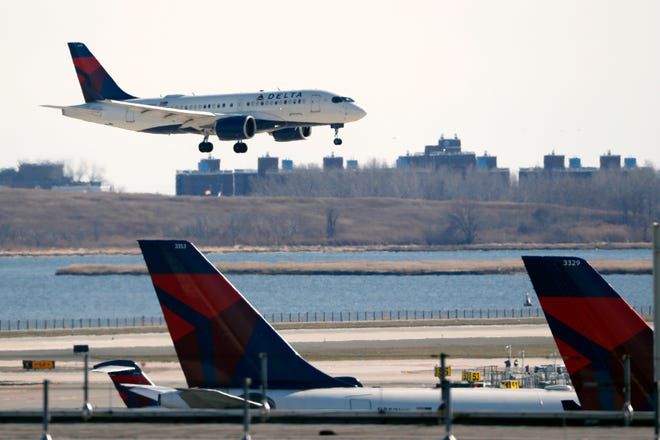 FRIDAY AND THURSDAY: 6,000+ US flights canceled or delayed Friday after one of worst summer air travel days yet

Why are flights being canceled and delayed?
There are several factors contributing to the ongoing situation at the nation's airports, notably the severe storms that hit much of the country the past week, the increased number of travelers during the Father's Day and Juneteenth weekend and staff shortages.

"A variety of factors continue to impact our operations, including challenges with air traffic control, weather and unscheduled absences in some work groups. Canceling a flight is always our last resort, and we sincerely apologize to our customers for the inconvenience to their travel plans," Delta spokesperson Emily Cashdan said in a statement to USA TODAY.

Ferrara said the loss of skilled positions, such as pilots and aircrew, is "really what's driving" all of the airline issues. Pilot unions at Delta, American and Southwest have said airlines haven't been quick enough to replace pilots who retired or took leaves of absences when the pandemic began.

"We're in a boom time for travel. We're blowing away all records all previous years. So you've got this surge in demand, and you've got limitations on staffing," Ferrara said.

On Thursday, Transportation Secretary Pete Buttigieg met with airline CEOs virtually to discuss how airlines can effectively handle the growing number of travelers through the summer. The meeting came weeks after airlines struggled with the Memorial Day holiday weekend, when around 2,800 flights were canceled during the five-day stretch.

"That is happening to a lot of people, and that is exactly why we are paying close attention here to what can be done and how to make sure that the airlines are delivering," Buttigieg told The Associated Press on Saturday, one day after his own flight from Washington, D.C. to New York City was canceled.

How long will flight cancellations and delays continue to happen?
"I'm not a betting man. But I would absolutely bet that this will continue through the summer," Ferrara said.

Josh Verde, former pilot and aviation expert with airline consultation group Aerovise, said he wouldn't be surprised if travel woes continue throughout the rest of the year. Summer is expected to be the busiest time of the year, but holidays like Thanksgiving and Christmas might bring similar issues for travelers.

"I think we're probably going to be dealing with headaches for the rest of this year. Hopefully, they'll get a handle on things," Verde said.

What should travelers do?
If your flight is canceled, the U.S. Department of Transportation requires airlines rebook you on the next available flight with space. You are not obligated to accept it, and if so, the airline is required to give a refund, which can be given as your money back, travel credit or voucher.

Verde recommends travelers try to keep a flexible schedule so if flight plans change, vacation plans and other scheduled activities aren't heavily affected. He also advises people bring essential items, like water, medication and toiletries, in their carry-on bag, so they are available at any moment if people are unavailable to get to their checked bag.