THESE TV SHOWS BROKE THE MOLD, CHANGED OUR VIEWS AND SHATTERED BARRIERS

By Tim Appelo via AARP The Magazine 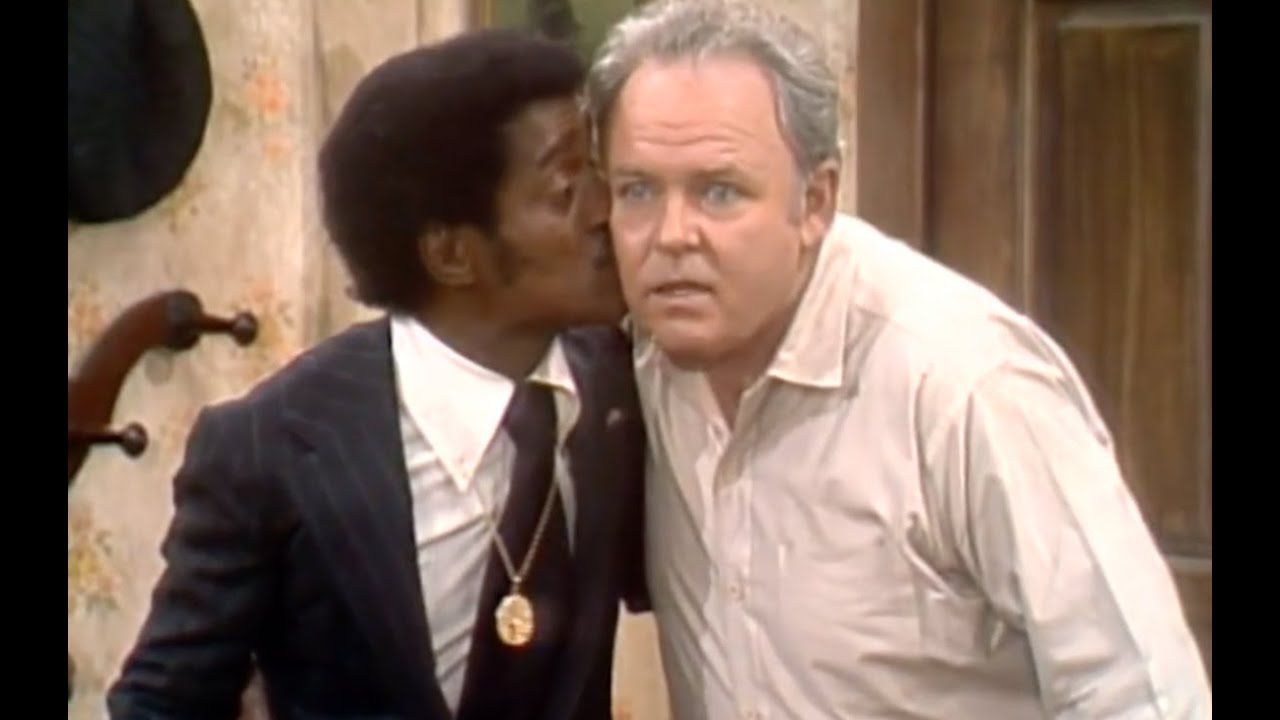 At its best, a show doesn’t just entertain; it opens eyes, sparks conversation, stirs the pot, makes us reflect. Inspired by the 50th anniversary this year of the groundbreaking All in the Family, AARP’s media critic Tim Appelo makes his picks of the TV series that have had the greatest influence on our collective culture and, by extension, each of us.

All in the Family (1971–79) Liberals and conservatives alike loved Archie Bunker’s un-P.C. malapropisms. The show, which was unlike any other up to its time, openly tackled issues such as Vietnam, infidelity, race relations, homosexuality, women’s liberation and menopause.

The Golden Girls (1985–92) What? Four single women over 50 and they’re having the time of their lives? Every belly laugh struck a blow for the dignity of aging.

The Fresh Prince of Bel-Air (1990–96) Featuring Will Smith, it was one of the first shows where Black kids could see a Malcolm X poster like the one on their own bedroom wall.

WHY WE ABSOLUTELY HAD TO BUY CABLE ...

The Sopranos (1999–2007) The first mob drama on a par with The Godfather and Goodfellas (with which it shared 27 cast members).

The Wire (2002–08) Created by a former reporter and an ex-cop; a nervy, realistic portrait of Baltimore in the grip of a cocaine and heroin epidemic.

Breaking Bad (2008–13) A Mr. Chips–like schoolteacher dying of cancer becomes a Scarface-like meth lord in a crime thriller with a deep moral inquiry.

Game of Thrones (2011–19) The fantastically complex fantasy about battling royals whisked us all to another world­.

FAMILIES WE LOVED, DECADE BY DECADE

Leave It to Beaver (1957–63) The first kid’s-eye-view family sitcom, inspired by its writers’ kids.

Modern Family (2009–20) It was shot as a fake documentary, and its clans mirrored reality—traditional, blended and same-sex.

This Is Us (2016–Present) A healing show in a divisive time, with six times as many Black writers as most shows and such big-name directors as Regina King.

The Carol Burnett Show (1967–78) It’s now a streaming hit. “I dare anybody over 45 not to laugh their pants off at Tim Conway and Harvey Korman’s dentist sketch,” Burnett tells AARP.

Laugh-In (1968–73) The kitschy sketch-comedy show spawned such catchphrases as “Sock it to me!”

Monty Python’s Flying Circus (1969–74) The Pythons’ startled BBC boss complained that the anarchic clowns were “continually going over the edge of what is acceptable.” Viewers followed.

Saturday Night Live (1975–Present) The cast has tapped squarely into the zeitgeist for 45 years now, offering a live-comedy high-wire act with no net that has featured a who’s who of the funniest actors in America, among them Bill Murray, Tina Fey, Eddie Murphy, Will Ferrell ...

Cheers (1982–93) Who knew that bar life in Boston—where everybody knows your name—could be so funny?

Seinfeld (1989–98) A sitcom about nothing more than human foibles and the infuriating minutiae of everyday life on Manhattan’s Upper West Side.

... AND WHY STREAMING IS CHALLENGING CABLE

The Crown (2016–Present) A deep, revealing peek inside the castles and quarrels of Queen Elizabeth II, Princess Diana and company. It’s fact-based, though no soap opera was ever soapier.

The Handmaid’s Tale (2017–Present) This adaptation of the 1985 novel, about a future totalitarian America that sexually enslaves women, caught a rising wave of real-world feminist activism.

The Marvelous Mrs. Maisel (2017–Present) In the best time capsule show since Mad Men, a posh Manhattan housewife discovers her gift for stand-up.

PROGRAMS THAT STOKED OUR THIRST FOR COMPETITION

Wide World of Sports (1961–98) We all relished the thrill of victory—and the agony of defeat.

Survivor (2000–Present) About unknowns in exotic locales betraying one another for money, it hit a nerve, spurred more reality TV and spoke volumes about our competitive society.

The Bachelor (2002–Present) Really, who would watch a show where a guy rejects many sobbing women and proposes to one? Answer: Everyone.

REVEALING A ‘REALITY’ VERY FEW OF US WERE FAMILIAR WITH

The Jerry Springer Show (1991–2018) Cincinnati’s ex-mayor beat Oprah Winfrey as the number 1 talk show host and made TV—and the U.S.—wilder and weirder than ever.

The Real World (1992–Present) MTV’s breakthrough documentary series featured seven strangers chosen for incompatibility to be roommates, so viewers could find out what happens when people stop being polite.

Keeping Up With the Kardashians (2007–21) The Barrymore acting clan may have shown more talent, but the Kardashians’ real-life antics are far more popular, spinning off star after star, “like a puppy mill,” said one comic.

SHOWS THAT CHANGED OUR VIEWS OF WOMEN, AT HOME AND AT WORK

The Mary Tyler Moore Show (1970–77) She could turn the world on with her smile, yet she was TV’s first woman defined by work, not a man. So Lucy’s infantile “Waah!” gave way to Mary Richards’ verging­-on-tears, authority-challenging “Mr. GRANT!”

Maude (1972–78) Maude (Bea Arthur) was the liberal answer to Archie Bunker, debating issues from abortion to mental illness to face-lifts.

MUST-SEE MINISERIES
Roots (1977) With TV’s biggest Black cast ever, execs feared it would fail, yet it was a smash. It also inspired a genealogy craze, boosted the mini­series genre and salved national wounds by honoring African American roots.

The Winds of War (1983) The saga of one family that was swept up by World War II was so ambitious, it took six years to get to the end of it (in its better, 1988–89 sequel, War and Remembrance).

Band of Brothers (2001) Tom Hanks and Steven Spielberg’s adaptation of the best-selling book about the soldiers who landed on D-Day and captured Hitler’s Eagle’s Nest was, at the time, the costliest miniseries ever.

WHO DOESN’T LOVE A GOOD MYSTERY?

Columbo (1971–2003) Nobody could say “Just one more thing” better than the rumpled Los Angeles gumshoe played by Peter Falk.

MADE FOR AND LOVED BY GEN X

Friends (1994–2004) The show about the family people form in their 20s, captured when youth lived in coffee shops, not on phones. A romantic roundelay that stayed fast, funny, heartfelt and true to viewers’ lives.

South Park (1997–Present) Who is better qualified than these profane cartoon kids to comment on American issues even as they unfurl across the nation? The animation is clever; the wit, icily incisive.

NEWS SHOWS THAT CREATED (OR BROKE) THE MOLD

Meet the Press (1947–Present) TV’s longest-­running show, it set the standard for weekend opinion programs; its panel format is now mimicked by nearly every news show.

THEY ENTICED US TO CHANGE THE WAY WE LIVE

The French Chef (1963–73) Julia Child’s unflappable charisma paved the way for an entire industry of cooking shows, from Emeril Live! to The Great British Baking Show.

QVC Channel (1986–Present) The innovative shopping channel became so popular, but nobody remembers what the letters stand for (Quality, Value, Convenience).

Property Brothers (2011–Present) Thanks to those charming Canadian twins, renovation has become sexy, and their spin-offs have become an entire industry.