By Dana Givens via BlackEnterprise 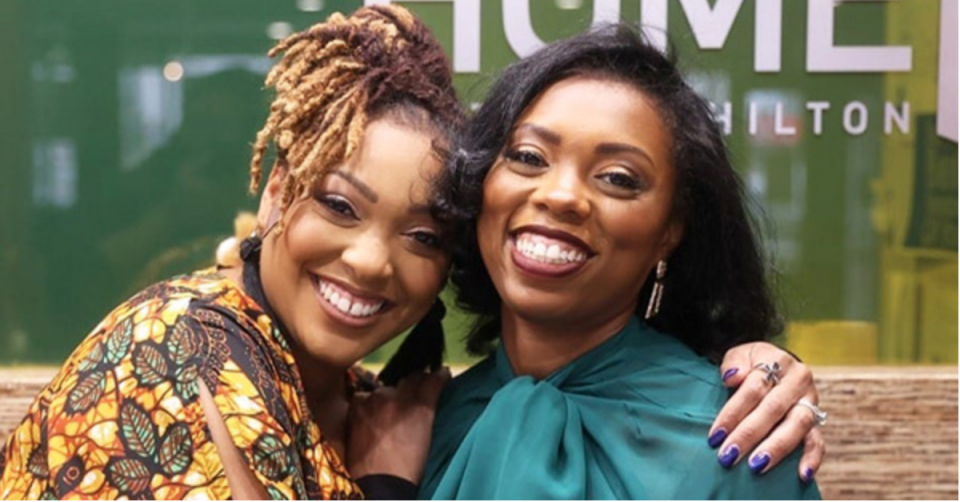 These two former college roommates turned business partners are making big moves in their careers in real estate. This week, Atlanta-based entrepreneurs Davonne Reaves and Jessica Myers celebrated a big career milestone with the recent acquisition of the Home2 Suites by Hilton in El Reno, Oklahoma through their millennial-driven hotel ownership group.

The deal was done in partnership with Nassau Investments and is valued at $8.3 million, also making Myers and Reaves the youngest Black women to ever co-own a property under a major hotel chain. The property is the first acquisition under the Epiq Collective, Myers and Reaves’ real estate company to work on commercial spaces.

“I never thought by the time I was 33 that I’d be a hotel owner, but I admit that it feels great to have accomplished that at this point in my life,” says Reaves about the career milestone to Black News. “Making history in the process, well that’s just icing on the cake!”

The Georgia State University alums always dreamed of owning their own hotel property since their days together on campus. Reaves worked her way up through the industry starting as a front desk agent for the Hyatt Regency Atlanta before progressing up the corporate ladder and later relocating to Boston.

“I would often see other hotel owners but they didn’t look like me. So that’s when I started on a 14-year mission to make a change,” Reaves told Black Enterprise.

Reaves recounts the day telling her business partners about the property and how the date also falls on the birthday of her late grandmother who passed away one year ago this month. “I told our team of investors that I wanted to own this hotel by February 6th. That’s my grandmother’s birthday and coincidentally it’s Jessica’s birthday too. Knowing that I’ve done that, just gives me chills!” says Myers to Black News. “We’re so proud to bring that ‘Black girl magic’ to the commercial real estate industry; this is just the beginning!”

By forming Epiq Collective, an Atlanta-based commercial real estate investment firm, Myers and Reaves have acquired more than $14 million in commercial real estate assets. The company’s primary goal is a collective approach to help investors invest in real estate projects that ordinary people may not have access to. Myers and Reaves’ awareness of the lack of representation and ownership by Blacks and women in the hotel industry has led the women to have even greater aspirations for the future.

“Stay in committed action no matter what it looks like. Don’t allow your current circumstance to dictate the altitude of your success,” Myers told Black Enterprise. “If your dreams aren’t scaring you then they’re not big enough.”