THE TRUTH ABOUT ORGASMS

By Paisley Gilmour via Comsopolitan 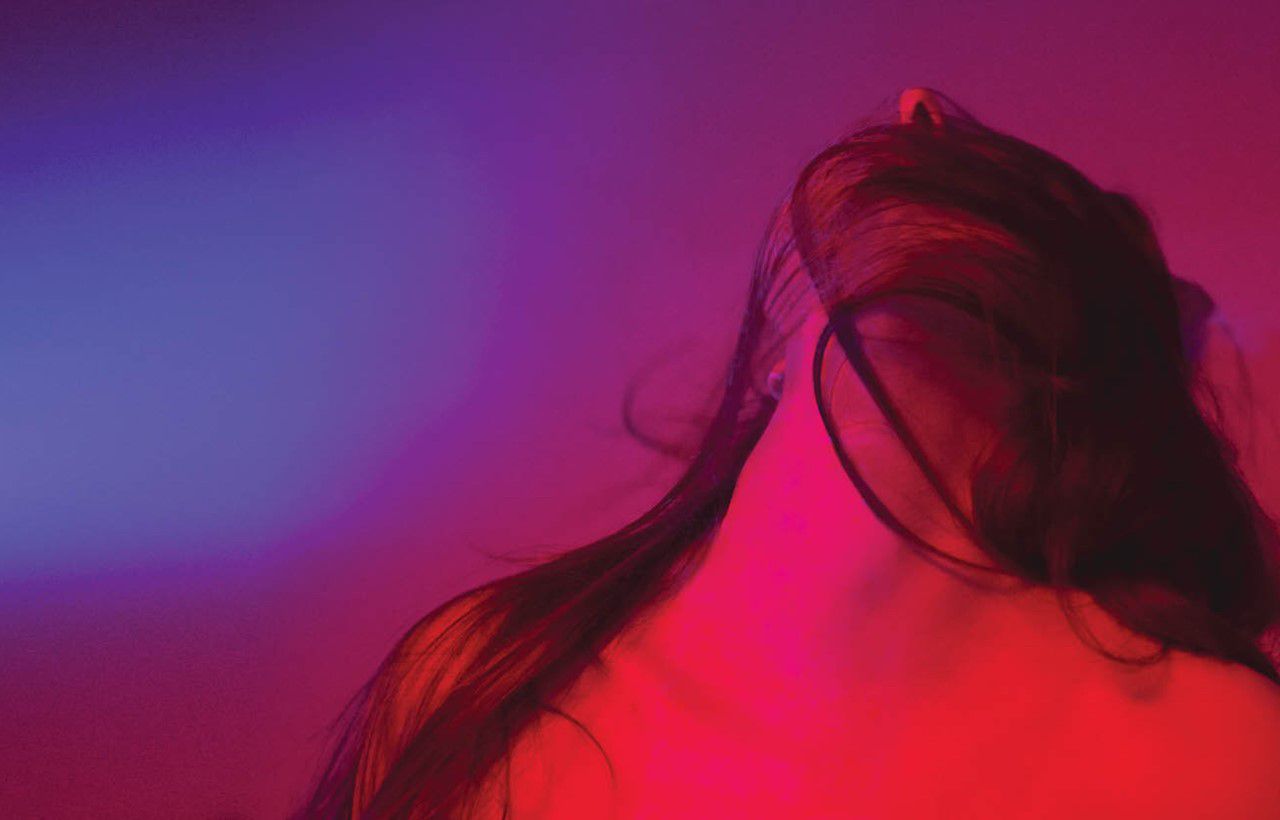 Is it time to reconsider everything we think we know about orgasms? We conducted our biggest survey yet to find out, and the results might just surprise you…

We’ve been banging the drum for sex positivity since 1965, when Helen Gurley Brown, the woman responsible for setting New York ablaze when she took over the editorship of Cosmopolitan US, began her mission to inspire women to enjoy sex without shame.

“I knew women that were having sex and loving it,” she reflected later. “I wanted to tell the truth: that sex is one of the three best things out there, and I don’t even know what the other two are.”

Cosmopolitan UK followed in 1972, with Jilly Cooper talking about great lovers and Michael Parkinson discussing his vasectomy. “In Fleet Street, people were terrified of us,” said early editor Deirdre McSharry in 2007. Both publications have faced backlash for our unapologetic sexual politics. It came from those who felt women shouldn’t be allowed to explore their sexuality, and some feminist groups who believed we promoted a “retrograde vision of womanhood”.

Whichever camp people fell into then, two things remain true: firstly, that this magazine has always taken your right to a fulfilling, healthy and happy sex life very seriously, and secondly, that as far as we’ve come in our understanding of what “fulfilling” means, there is still more work to be done.

So far, this has focused primarily on bridging “the orgasm gap” – the disparity in how often men orgasm (72% of the time) compared to women (25%) in opposite-sex relationships. Now that sex-positivity has had an Instagram-friendly makeover, numerous accounts are suggesting we simply dump anyone who doesn’t make us come. But is it really that simple?

It’s possible that the next phase of our sexual development means stepping away from that binary of “with orgasm” and “without orgasm”. We’ve come so far, but to really understand our own sexuality, it’s time to start asking the more difficult, authentic questions that will create meaningful change. Questions such as… Does having an orgasm always mean you’ve truly enjoyed a sexual experience? Is focusing so much on an “end goal” actually making sex less fun? And what is it – if anything – that’s stopping us from having the most pleasurable sex we can? In 2021, should we be reflecting on the language used in these conversations about sex and orgasms – stepping away from the goal-orientated approach to be more pleasure-orientated?

Cosmopolitan has always spearheaded change, so we asked these questions as a jumping-off point for our biggest sexual survey to date. If the current way of talking about orgasms no longer serves us, there is only one way to change it, and the candid answers thousands of you gave can help inform the new sexual narrative for us, and those that… come after.

From your responses, we’ve been able to draw out some common themes. Many of you rarely orgasm with a partner, and loads of you have faked it (and still do). Regardless, you largely feel sex can be good without an orgasm. Most worrying, although unsurprising, is how little you talk about your orgasms with those close to you. We’ve also discovered just how much issues around body confidence, mental health and sex drive are affecting your ability to orgasm. It is perhaps this concept, the unavoidable brain-body connection – already so accepted in other areas of our physical lives – that we need to pay most attention to. If we can apply the principles of self-care and kindness to fitness and our careers, is our sexual wellness the next natural frontier?

We’ll be delving into these issues in more detail over the coming months, both in print and online. Just follow Cosmopolitan.com/uk/orgasms for more details. For now? Read on for everything you need to know about the state of our orgasms today.

What the numbers tell us

“A deep connection is better than an orgasm”
SAHAR* IS 29, STRAIGHT, AND WORKS IN MARKETING IN LONDON
“I didn’t have my first orgasm until I was 22. If I’m masturbating, I can come in a couple of minutes. With someone else, it always takes at least 15 minutes. In some past relationships, I didn’t come at all. With my current partner of nine months, I only orgasm about once a week. It bothered me in the beginning because I read that as him not caring, so I brought it up after the fifth time we slept together. He had wanted to make me come through penetration and would keep going for ages. Sometimes I’d fake it. It wasn’t that he was bad at sex, it’s just really hard for me to come that way. He took my feedback on board and changed the way he approached sex. I felt really cared for and listened to after that.

There are many reasons why I don’t orgasm. It’s true that some guys just don’t know what they’re doing. But sometimes I can’t get out of my head. There’s performance pressure and I can’t relax.

While orgasms are great, having that deep connection is better. Sex is only a small aspect of a relationship. I don’t come a lot, but the other things my boyfriend brings to the table more than make up for it. I feel valued, cared for and respected. Sex can also be ridiculously sexy without an orgasm. Whether I come or not doesn’t bear relation to the amount of pleasure I feel. Many of my most pleasurable experiences haven’t involved an orgasm. My boyfriend finishing inside me feels like a huge release. I get so much pleasure from lying close to him, still, with his skin on mine. It’s why I enjoy sex more with him than previous partners – because the sex we have is a million miles more meaningful.”

“I fake it 90% of the time”
FRANCES* IS 29, STRAIGHT, AND WORKS IN A BAR IN MANCHESTER
“For as long as I can remember, I’ve been pretending to orgasm – a mixture of faking it and letting them think I’ve come. I can sometimes orgasm through oral but never through penetration. When you don’t come, you can feel the pressure from the guy and see their panic setting in. They realise what they’re doing isn’t working and just go harder and faster. Faking it feels easier than explaining how to make me come.

It’s a frightening prospect to criticise a man. Some see it as a direct attack on their masculinity and ego because there’s a lot of pressure on men to make women orgasm. But then the pressure is on women to perform and massage their egos.

With my boyfriend of two years, I fake it 90% of the time. Our sex life is great. I don’t feel dissatisfied. I just can’t tell the truth because it would hurt his feelings. In the past six months, I’ve subtly been scaling back the fake orgasms. Since then, he’s been focusing more on oral and less on penetration, which is great.

As an outspoken feminist, I feel bad for faking, so when I talk to friends, I pretend that I practise what I preach. It’s not as simple as ‘stop faking orgasms’. This is years of patriarchy we’ve all internalised. We can’t just undo it like that. I don’t expect to ever stop faking it entirely.”

“I get so self-conscious when I’m on top”
JO* IS 22, QUEER, AND A STUDENT AND CUSTOMER CARE LEADER IN HAMPSHIRE
“As a fat woman, I've always felt like the world wants me to hate myself, especially during sex – from how self-conscious I can get while on top to how my thighs always seem to get in the way. I didn’t have a single orgasm with my ex of two years. Sex started to centre around their pleasure only. They began to pick at my insecurities – my hair, weight, anything. During sex, I worried constantly about whether they found me attractive enough.

I was scared of feeling that way the first time I slept with my new partner, but they constantly gave me little affirmations and reminded me how attractive they found me. The more I got to know them, the more comfortable I felt and I opened myself up to different experiences. I still haven’t orgasmed, but I know it’s a possibility soon.

This has made me reflect on my past sexual experiences. I was never truly comfortable around my ex. I was always painfully aware they thought they were settling for me. My new partner treats me like a glass of water in the desert. Sex now feels more like a blessing than something to dread.

I still get self-conscious. It’s hard to unlearn years of criticism. But I’m more confident and know it’s not the end of the world if they see me at an ‘unflattering’ angle. Sometimes an orgasm won’t happen, and that’s alright. When you focus on that as the goal, you rush all the other good things that come before it – or forget the good things that come after.”

“I can orgasm without even trying”
AMY* IS 26, BISEXUAL, AND A POSTAL WORKER IN LONDON
“When I was 11, I had a wank for the first time and came. I was amazed. Then I didn’t orgasm with the first few people I had sex with. I thought that was weird because I could do it on my own so easily. About a year into being sexually active, I started seeing someone and with him I came quickly. Even though I couldn’t stand him, I went on sleeping with him because I thought it was about what he was doing. When I started having sex with other people, I continued to climax easily, often when I wasn’t trying. I realised my orgasm wasn’t about someone else holding this big key or secret. It was down to me.

With every partner since, I’ve orgasmed consistently – unless I’m a bit pissed. When my partner of eight years and I started having sex, I asked if he’d noticed. Most men have taken my ability to orgasm as proof they’re great at sex. That annoys me. It positions women as unsexual beings not in control of their own bodies. My current partner isn’t like that at all. After I come, he continues to do stuff to me and it’s taught me that once I’ve orgasmed, sex doesn’t have to end.

In the past, I thought there was something wrong with me. I Googled ‘premature orgasm’ and all the results were about men. I felt like I was the only one. I still have no idea why I find it so easy. But I’ve learned what works for me, and do the things I know will make me come, like putting my body in certain positions when I’m close. Now this skill makes me feel powerful. Coming just feels wicked.”

*NAMES HAVE BEEN CHANGED