By William Deresiewicz via New York 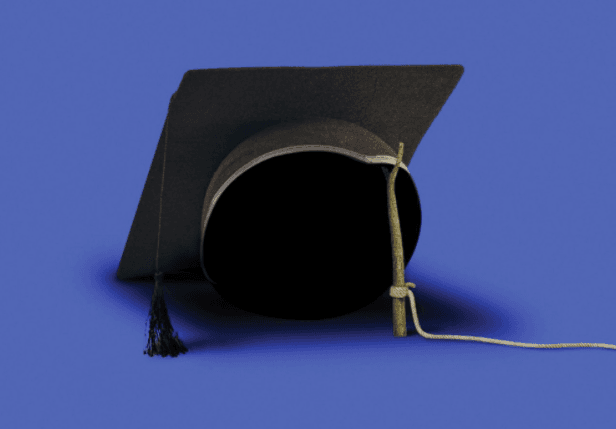 An investigation by The Wall Street Journal in July sent a shiver through the millennial and zoomer class. The story, “‘Financially Hobbled for Life’: The Elite Master’s Degrees That Don’t Pay Off,” dug through Department of Education data to highlight master’s programs at prestigious private universities whose alumni were struggling under mountains of debt. Columbia turns out to be the worst offender, with 14 of 32 programs in which median student debt exceeded median income two years after graduation. One student reported taking a car ride with three friends from the film program, during which “they calculated they collectively owed $1.5 million in loans to the federal government.”

Despite the scope of the Journal’s investigation, its focus on Columbia’s film program — a stupendous outlier with median debt some six times higher than median income — represents a tiny corner of the master’s boom. Between bachelor’s degrees and doctorates, master’s programs are, for the media, the neglected middle child of the higher-ed triumvirate. This despite the fact that they account for over a quarter of all degrees awarded and have witnessed the most remarkable growth in recent decades: From 1991 to 2019, the number of master’s degrees awarded rose by 143 percent. That’s 70 percent faster than bachelor’s degrees and 84 percent faster than doctorates. And it is the master’s that may have the most interesting story to tell us — about not only the universities that peddle the degree but also an increasingly bureaucratized economy that leads young, educated people to look to it for salvation.

Some reasons for the popularity of master’s degrees are familiar. For educational institutions, master’s programs are cash cows since their students get far less financial aid than undergraduates. For students, the master’s program responds to a specific need: American workers are competing more and more with those around the world, and the more college graduates there are, the more you need to find a way to distinguish yourself from the mass.

That is all the more true given the half-assed things people major in these days. I don’t mean the liberal arts; I mean the opposite. Humanities majors, whose numbers have been falling for decades, account for less than 6 percent of new graduates; social-science majors a little more than 14 percent. Meanwhile, vocational fields account for fully half: things like communications, law enforcement, leisure and fitness, and, above all, business, which alone accounts for nearly 20 percent. Such programs aren’t, to put it mildly, highly rigorous. The undergrad business major, one professor told me, is for students who aren’t up for doing college-level work. And since very few elite institutions even offer vocational majors, the majority of those graduates are getting their degrees from undistinguished schools — which won’t give them a lot of push in the job market. Hence the need for a master’s.

Globalization has not just introduced more competition for the average American worker; along with its sibling, financialization, it has led to more bureaucratization. In The Utopia of Rules, the late great social thinker David Graeber describes how the mind-set and procedures of corporate bureaucracy, under the aegis of financialization, have spread across the economy. Not only is the master’s degree the quintessential example of a bureaucratic credential — drably functional and frequently deeply pointless — but much of its growth has been in fields that are themselves explicitly bureaucratic: business (of course), public administration, and social services.

This trend has a direct impact on the kinds of jobs that college graduates these days often find themselves doing five or ten years out of the gate, mired somewhere in the lower levels of a corporate, nonprofit, or public bureaucracy (“bullshit jobs,” to quote the title of one of Graeber’s other books). That is, boring and futile jobs which offer little security or prospect of advancement, and don’t pay all that well to boot. Going back to school to get a master’s is one of the ways people try to hoist themselves out of that predicament. In other words, it’s about investing in yourself with all the cost and risk that any investment entails.

And because of financialization, not to mention the ever-climbing cost of higher ed, that investment is increasingly literal. Thanks to the Grad PLUS loan program, which Congress created in 2005 and which has no fixed borrowing limits, graduate debt has exploded. From 1999 to 2016, the average debt assumed for master’s study, among the nearly half of students who borrowed, increased by 57 percent, to $66,000.

Is it worth it? In terms of return on investment — at least in the strict financial sense — the large-scale data are equivocal. Master’s recipients earn, on average, $18,000 more per year than those with a bachelor’s only. That isn’t nothing, but it’s considerably smaller than the gap between people who finish college and those who finish only high school ($29,000), let alone between master’s recipients and those who earn a professional degree ($51,000). Over the course of their lives, 61 percent of master’s holders earn more than the median lifetime income of college-only graduates — which means that nearly two in five earn less.

The financial premium for doing a master’s is, in other words, a lot like the degree itself — kind of, you know, meh.

But it depends on the field. Of the ten job categories that show the biggest wage advantages for master’s holders, six are in management (i.e., bureaucrats) and two are in finance. Of the three with the smallest, two are in the arts. Which brings us to the master in fine arts, or M.F.A., the degree under scrutiny in the Journal story.

The M.F.A.’s numbers too have soared in the past three decades. Programs have multiplied apace, both at individual institutions and across the country. As recently as the mid-1990s, for example, the School of Visual Arts in New York offered four graduate programs; now it offers 12 M.F.A.’s alone (visual narrative, social documentary film, illustration as visual essay), along with eight other master’s. In 1984, there were around 150 programs offering graduate writing degrees of all kinds (including M.A.’s, M.F.A.’s, and Ph.D.’s); today, there are more than 220 M.F.A. programs alone.

Both the financial rewards of an M.F.A. and the motives for getting one can be extremely murky. The degree is not like a master’s in physical therapy, say, something that feeds you directly into a well-defined employment field with proven and stable demand. It is more like a prayer or a lottery ticket.

Under those conditions, shelling out as much as a couple of hundred thousand dollars to do an M.F.A. is a mighty iffy proposition. And that’s if you have talent, along with the freakish drive and will you’ll need to give yourself a fighting chance. But a lot of people go to art school lacking those qualities. They may go to delay decisions about the future or because they’re hopelessly naïve or because the economy they enter as young adults is so dispiriting, so full of bullshit jobs, that they grasp at any hope they can. And the institutions let them in.

With the financial crash of 2008, the rise in the number of people aspiring to go to art school came to a sudden end. But in many cases the infrastructure had been built, or overbuilt, and the schools had to keep finding asses for all of those seats. Admissions standards plummeted. Beyond the top few programs, acceptance rates are now typically well over 50 percent. “They take anyone,” a veteran art-school teacher told me, “and it is ugly.” Going to art school is fine if you can manage it without financial ruin. But borrowing $300,000 to do a film degree? Bad idea. And allowing your students to do it? Inexcusable.