The History Of Faygo Is More Cakey Than We Knew

By Lisa Green via The Gander 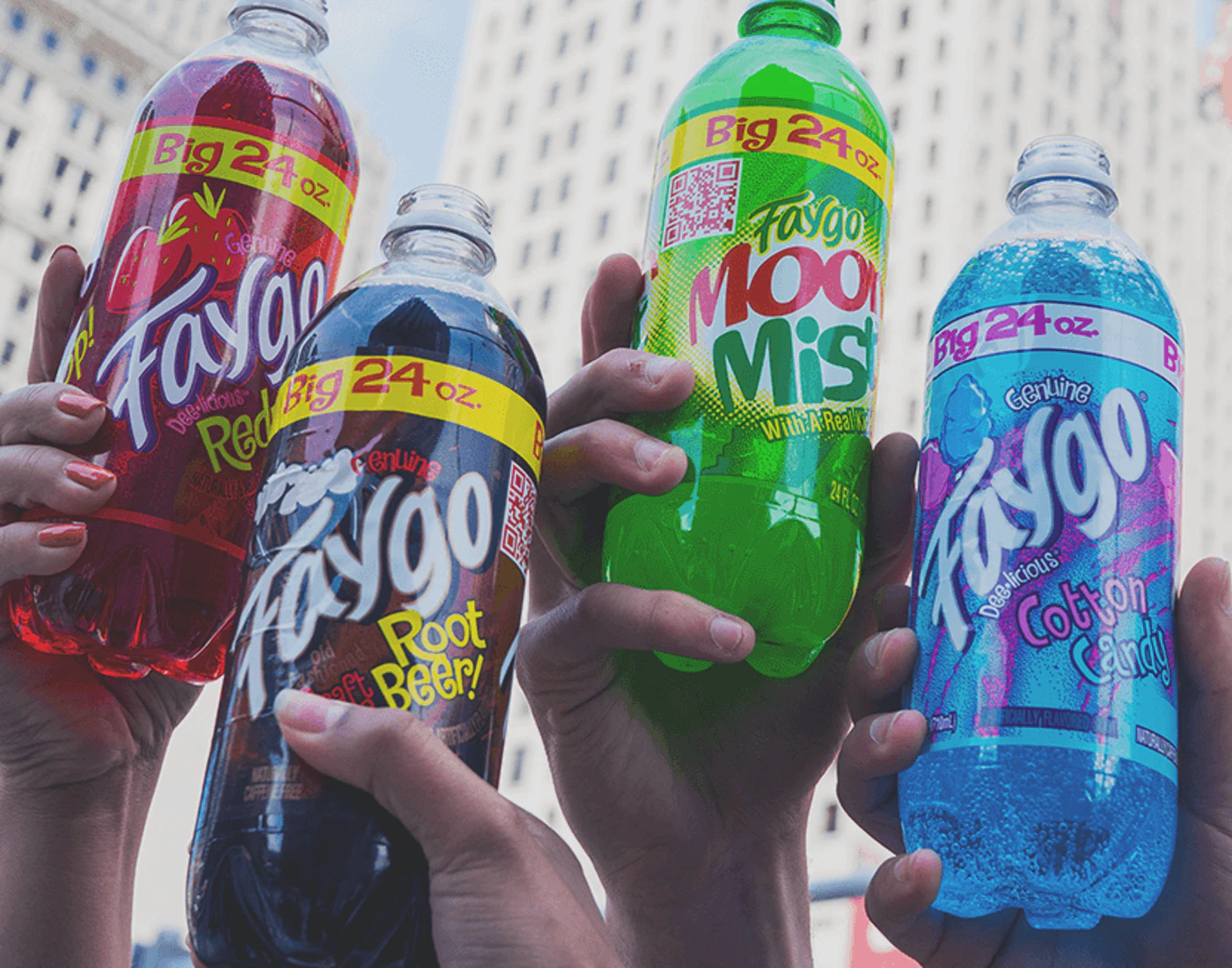 As Michiganders, we put onions on hot dogs, olives on hamburgers, and snack on Polish donuts in February. But have you ever wondered why? In our Michigan Moments: Food series, we’re checking out the history behind iconic Michigan foods and beverages. This is the first article of the series. Look for a new one every Wednesday!

MICHIGAN—Though it may come as a surprise to you, food from the Midwest might be considered unusual by our coastal neighbors. Midwestern cooking often combines culinary traditions from our families’ immigrant backgrounds, locally grown and produced ingredients, and the foods of Indigenous tribes. And in Michigan especially, our home cookin’ includes provisions that were concocted, bottled, and packaged by mitten-state entrepreneurs.

Curious about the history of some of your favorite foods and beverages? Read on to discover how Michigan history creates Michigan culture.

FAYGO
Ask any Michigander and they’ll tell you: It’s “pop” not “soda.” And the reason why has to do with one of Michigan’s most famous beverage companies, Faygo. The term “pop” was notoriously coined by Faygo after the sound lids made when they popped off the glass soda bottles. Nowadays, you’re more likely to see Faygo in plastic bottles at your local Meijer or party store. But make no mistake—it’s still “pop.”

Believe it or not, Faygo’s many fun flavors were inspired by cake frosting. Russian immigrants Ben and Perry Feigenson started their Detroit company, Feigenson Brothers Bottle Works, in 1907. Through the company, the Feigensons bottled soda water, mineral water, and lager beer. But the two brothers were not professional beverage crafters. They had actually been trained as bakers, and they struck culinary gold when they decided to infuse their soda waters with their most popular frosting flavors: grape, strawberry, and fruit punch. Their strawberry soda eventually received the well-known name Redpop.

The term “pop” was notoriously coined by Faygo after the sound lids made when they popped off the glass soda bottles.

The Feigensons lived above their bottling plant and delivered pop in a horse-drawn wagon. After a decade of hard work, the company expanded and they built a new plant on Beaubien Street. In 1921, they rebranded their company to Faygo, since “Feigenson Brothers” was too long to fit on bottles. In the 1920s, they came up with another modern day favorite, Rock & Rye, named after a Prohibition Era drink. Until 1950, due to impurities in the water, Faygo had a limited shelf life and could only be sold in Michigan.

Everything changed by the end of the 1950s, when company chemists devised a filtration system, stretching their sodas’ lifespan and with it, their reach in the US. Some Michiganders may remember when Faygo’s popularity really exploded, after the company began advertising during Detroit Tigers games in the 1960s. Some of the most popular advertisements included a cowboy character called the “Faygo Kid.” 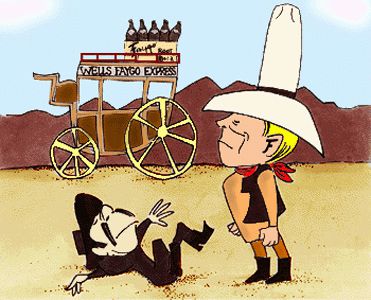 Today, Faygo makes more than 50 flavors, including the Bomb Pop-inspired Firework limited edition flavor, which made headlines for its highly-coveted internet sales. Check out the Faygo website to see more.