The Company That's harder to Get into Than Harvard

By Tom Farrar via Blinkist Magazine 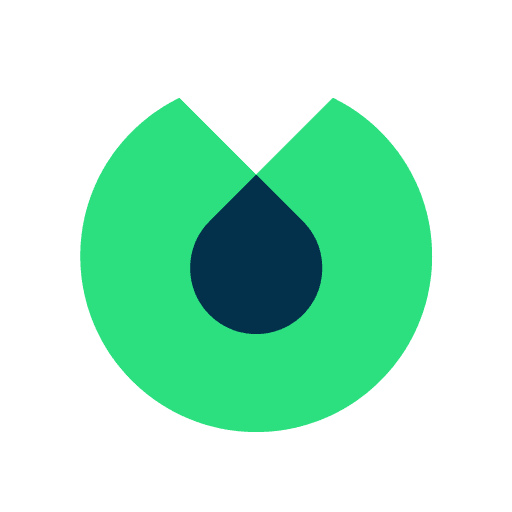 In 2018, thousands of people applied for a job at Blinkist. 1,600 candidates were interviewed, of which 73 were hired. Blinkist’s acceptance rate was 4.6%, and Harvard’s acceptance rate—5.2%.

It’s common knowledge—Harvard is tough to get into. Once there, expect to be surrounded by the smartest people—with the biggest and brightest ideas. Having Harvard on a CV opens up a lot of doors—and it’s the same with Blinkist. A company rapidly on the rise, being built by some of the world’s smartest people.

The Blinkist app gathers the key insights from over 4500—and counting—of the world’s best nonfiction books into snappy 15-minute reads and listens. After successfully securing $35 million in funding, quickly acquiring over 18 million users, and recently becoming the startup with the highest level of employee satisfaction in Germany—Blinkist is firmly one of Europe’s most exciting companies. 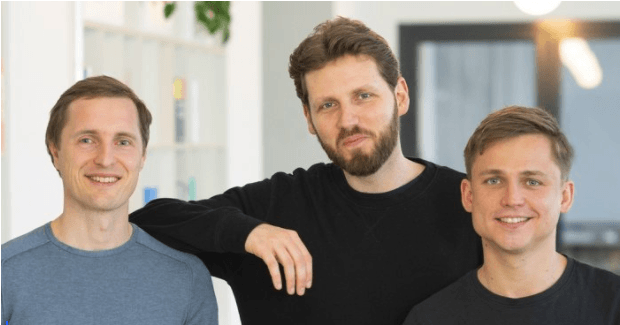 Here’s why some of the Europe’s sharpest minds are keen to land a job at Blinkist. 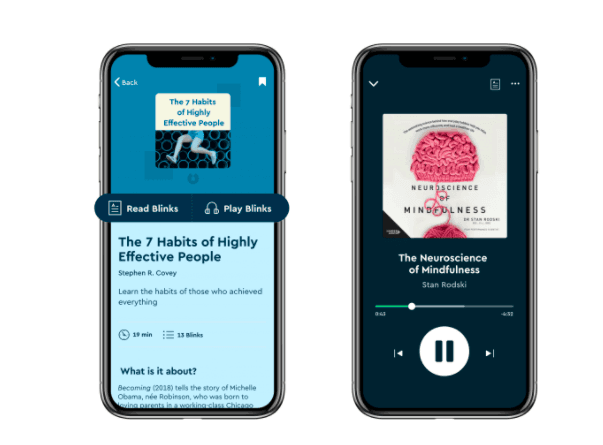 The World The sleek and simple design makes it easy to learn from some of the world’s best books in minutes — whether that’s through listening or reading.

“Blinkist is one of the world’s best apps.” – Apple

Blinkist has won numerous major awards from Apple, Google, and the United Nations.Notably, the app was acknowledged for its contribution to Global Education and Learning by the UN.

“With Blinkist you can boost your knowledge and gain new perspectives so that you can be a better professional, a better partner, or a better you.” – United Nations, World Summit Awards

Plus, Blinkist is addressing a problem a lot of us have—we want to read, but have very little time. With Blinkist it’s possible to race through that reading list by squeezing reading into the day in 15-minute bursts, like during a commute, or whilst cooking.

By resolving a reading problem, and benefiting millions of people around the world, Blinkist employees are very proud and passionate to be a part of the team.

2. A Book Explained in 15 Minutes
It takes most people around 10 hours to read the average book, which is a lot of time many of us don’t have. It’s difficult to find time to read widely-recommended classics like The 7 Habits of Highly Successful People, Thinking, Fast and Slow, or Stephen Hawking’s A Brief History of Time.

With Blinkist, it’s now possible to gain an understanding of must-read titles in just 15 minutes. The busiest people—including top CEOs, full-time parents, and public intellectuals—turn to Blinkist to fit reading into their hectic days and keep up-to-date with top titles.

Every month, titles from The New York Times bestsellers list are added to Blinkist, as well as new recommended reading lists based on the latest trends and of-the-moment topics. This way, Blinkist ensures there’s always new, powerful things to learn from some of the world’s most crucial writers.

3. Millions are Learning by Listening 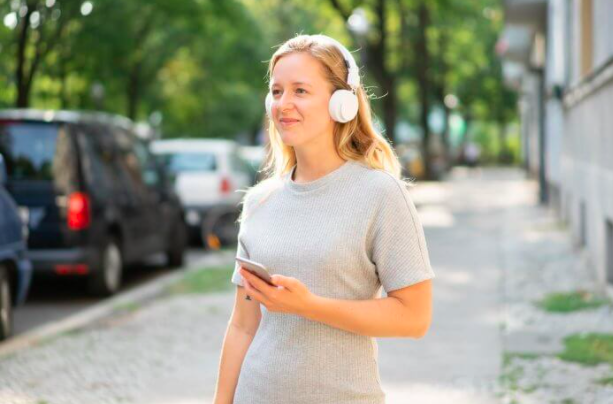 Jump straight into Blinkist by listening to the thousands of 15-minute book explainers — including the latest bestsellers and must-reads that are all waiting in the app. Listening with Blinkist ensures learning never has to be deprioritized and it can fit easily into any spare moment of the day.

As it turns out, listening is the most popular way people use Blinkist, with around 70% of the 18 million users opting to listen rather than read. This comes as no surprise given that around 30% of people retain information better when it’s listened to.

4. Over 90 Thousand 5-Star Ratings
When Blinkist isn’t winning awards, it’s winning the favor of millions of users worldwide. To date, the app has received over 90K five-star ratings from Android and Apple users. In fact, nearly 75% of all user ratings for Blinkist were five stars.

What some users enjoy most about Blinkist is how the learning experience can fit around your life. Just take a look at what some users are saying:

“Perfect for populating your mind with smart thoughts and the latest research. I use the audio format while in transportation.” — 5-star review

“Very informative and insightful. I can cook dinner and enjoy the knowledge over audio.” — 5-star review

It’s up to you when and where you learn with Blinkist, whether on the go or staying at home. With so many positive reviews you can be confident that Blinkist is a world-class app that users love.

5. Understand The World’s Most Important Books 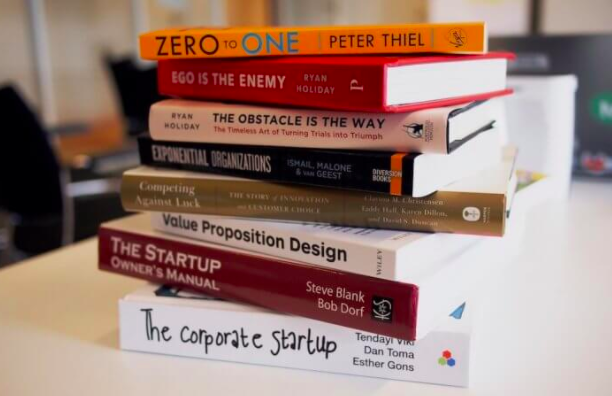 The Blinkist library contains over 4500 top titles across 27 different categories such as self-improvement, business, leadership, psychology, entrepreneurship and sex & relationships among many others. Whatever it is users want to learn about, Blinkist has them covered.

Time-honored favorites sit next to the latest bestsellers and new talked-about titles, meaning readers are given a complete view across the breadth of nonfiction. Plus, there are 17 new titles added to the app every week so even the most voracious reader will never run out of great content to explore.

6. The Best Startup To Work For In Germany 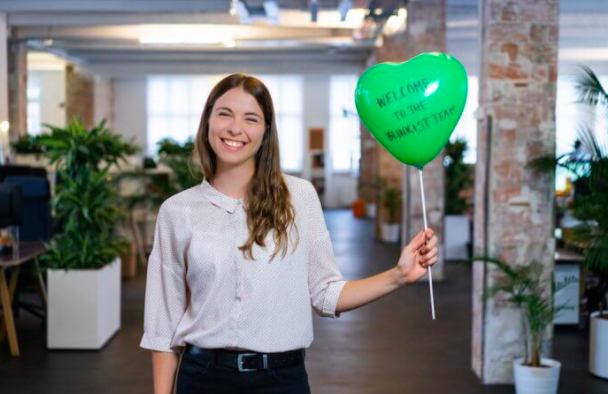 Some of the smartest minds in tech, marketing, writing and data are building Blinkist. The startup employs around 150 people from over 50 countries and was named the best startup employer in Germany by LinkedIn. People have moved countries, even moved to the other side of the world to land their dream job with Blinkist.

“I moved to Berlin after living in New York City for ten years to work at Blinkist. I knew I would be working alongside some amazing people, building a revolutionary product. This, mixed with an exciting new culture and the way of life Berlin offers made the move an easy decision.” – Carlos Alvarado, Country Manager at Blinkist

People have left Silicon Valley, and the world’s most powerful, influential, and innovative startups (including Google, Soundcloud, and Twitter) to be a part of Blinkist. This makes the Blinkist office a creative hub of extraordinary thinkers, constantly exchanging ideas, and pioneering new ways to learn.

7. One Of The Most Heavily Backed Startups
In Europe The app quickly caught the attention of some big players in the startup world, quickly raising over $35 million to become one of Europe’s most backed startups. VC giants Insight Venture Partners, (who were early investors in Twitter and Tumblr) were particularly impressed with Blinkist, and wanted to support their reading revolution.

“As a concept and an investment opportunity, Blinkist offers something genuinely unique. The company presents an exciting model which is defining and spearheading a whole new category of self-development. …We only want to work with the brightest and most ambitious teams, and we know that Blinkist and its founders share our vision for making a positive, global impact.” – Harley Miller, Vice President at Insight Venture Partners.

8. Join A Global Revolution Becoming A Smarter World
The app grew by over 10 million users in just 3 years, making it one of the fastest, most disruptive and exciting startups around. Recognition from The New York Times, Forbes, The Huffington Post and The Guardian, to name a few further emphasizes the excitement surrounding the app.

“As a productivity coach and one of the life long learners, I can’t tell you how happy I was to find Blinkist. If you enjoy nonfiction reading and are short on time, Blinkist will be your new favorite App.” – Karen Trepte, Huffington Post

However, the most exciting thing about Blinkist is it’s only just getting started. There may be over 4500 titles on the app, but 40 new ones are added every month, inspiring people to continue learning and constantly widen their horizons.

The global pandemic has forced everyone to change their way of life and many big-name startups have had to adapt to weather the storm. However, there will inevitably be companies poised to grow in the post-pandemic world, and the experts at startup magazine Sifted predict that Blinkist will be among the few startups to thrive in our remote learning future.

Before the pandemic, the self-development market was predicted to grow to $13.2 billion by 2022. With education likely to stay online, Blinkist is set to lead this trend. In fact, online education services like Coursera have already seen their usage increase by 500% during the global lockdown. Plus, experts at the World Bank predict that changes to education worldwide will be here to stay for years to come. Get Blinkist today and be a part of the future of education.

If you’re someone who’s curious, or wants to push themselves or build a company with similar impact to Blinkist—download the app now and surprise yourself with how much there is to learn.