A new study finds that in some metro areas, women younger than 30 are out-earning men. 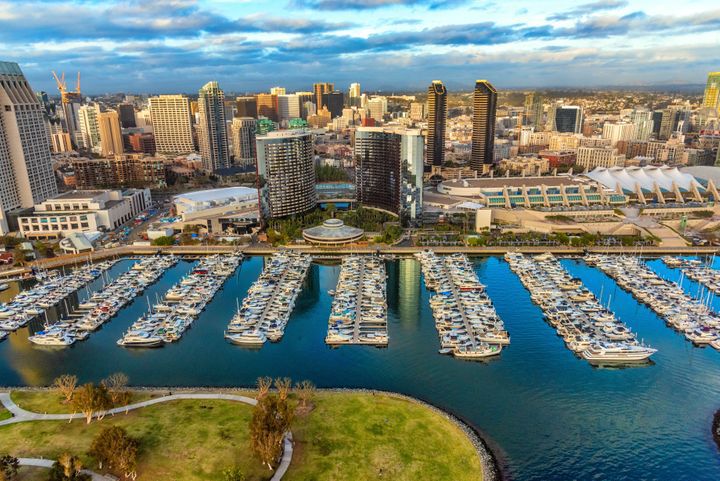 On average, American men out-earn women. Across all ages, women’s median annual earnings were 82% of men’s for full-time year-round workers, according to the most recent Census Bureau data.

This gender pay gap is smaller when women are younger. Those younger than 30 make 93 cents, on average, for every dollar made by a man in a comparable position. A new study from the Pew Research Center that analyzed Census Bureau data from 2015 to 2019 delves deep into where exactly these narrowing pay gaps are happening.

In 22 major metropolitan areas, including New York City, Washington and Los Angeles, women under 30 years old were earning the same or significantly more than their male peers.

“Women are at their greatest parity with men in their early years of entering the labor market, during the teens and 20s,” Richard Fry, the senior economist behind the Pew Research study, told HuffPost. “As you follow them over time, the pay gap widens.”

The metro areas in America where women under 30 start their careers on the same footing as men.
Of the 250 major U.S. metropolitan areas examined in the study, there were 22 in which women under 30 working full time were at or above wage parity with men:

These city areas include about 16% of all young women working full-time jobs year-round in America, according to the Pew analysis.

“Pay parity tends to be more elusive if you’re living out in the Midwest,” Fry said.

“We know that college towns tend to retain people that go to college there,” said Linda Babcock, an economist at Carnegie Mellon University who researches gender gaps in negotiations and promotions. “The education is going to create more opportunities for women in more white-collar, professional types of jobs, and those are going to be higher paying than the ones that men are going to have who are less likely to be college-educated.”

The college attainment levels of young workers could be one factor in why women earn more in these regions. Fry pointed to national research finding that more young women today are likely to complete a bachelor’s degree than would men. This tracks with a statistical pattern he found.

“The amount of pay parity is positively associated with how much better educated young women are than young men living in that metro area,” Fry said.

“Young women have really upped their game in the skills that they bring to the labor market,” he added. “They are substantially outpacing men in completing college, and that is contributing to the narrowing of the pay gap.”

Unfortunately, the gap widens after 30.
Pay advantages that women gain early in their careers are not likely to hold. The Pew Research study cites census data showing that in 2000, a woman age 16 to 29 working full time year-round earned 88% of that of a young man in a similar role, on average. But by 2019, when these workers are age 35 to 48, women were earning only 80% of that of their male peers.

Fry said the “motherhood penalty” could be part of the reason women lose pay parity over time. While men are seen as more mature and committed to their jobs when they have children, women are seen as mothers first, workers second. Women tend to lose 4% of hourly earnings on average for each child they have, while men earn 6% more, the research group Third Way found, using decades of data from the National Longitudinal Survey of Youth.

“Many women under 30, especially in major metropolitan areas, do not yet have children and have therefore not been hit with the ‘motherhood penalty’ in their careers,” said Sarah Small, a researcher in the Rutgers Center for Women and Work. “Once women have children, they often leave the labor force to provide child care, meaning they have gaps in their résumé during which their male counterparts are getting promotions and raises.”

Women with children face lose-lose options: They get penalized for taking career breaks and penalized for staying in the workforce as mothers. Studies have found that hiring managers can see mothers as less competent and less committed to their jobs.

Even when women don’t become mothers, they also are more likely to face the disadvantage of being saddled with work that won’t get them promoted over time, compared with men, Babcock said. When there is not equal pay for equal work, that contributes to the pay gap, she said.

“Helping others to do their work, training new employees, hiring the summer interns, planning the office party, taking notes at meetings... these are the kind of tasks that need to get done, but they don’t actually show up in your performance evaluation, and our research shows that women do much more of these than men,” said Babcock, who is the co-author of the upcoming book “The No Club: Putting a Stop to Women’s Dead-End Work.” “It could be a really big factor in why women’s advancement lags behinds men, because women are tasked with doing this work.”

Overall, the study shows that young women have a head start compared with young men in certain cities in America, but they may lose that edge during the prime earning years of a career.

“The study is certainly encouraging, but it represents just a select group of American women,” Small said. “We still have a long way to go to close the gender wage gap nationwide and across age groups.”