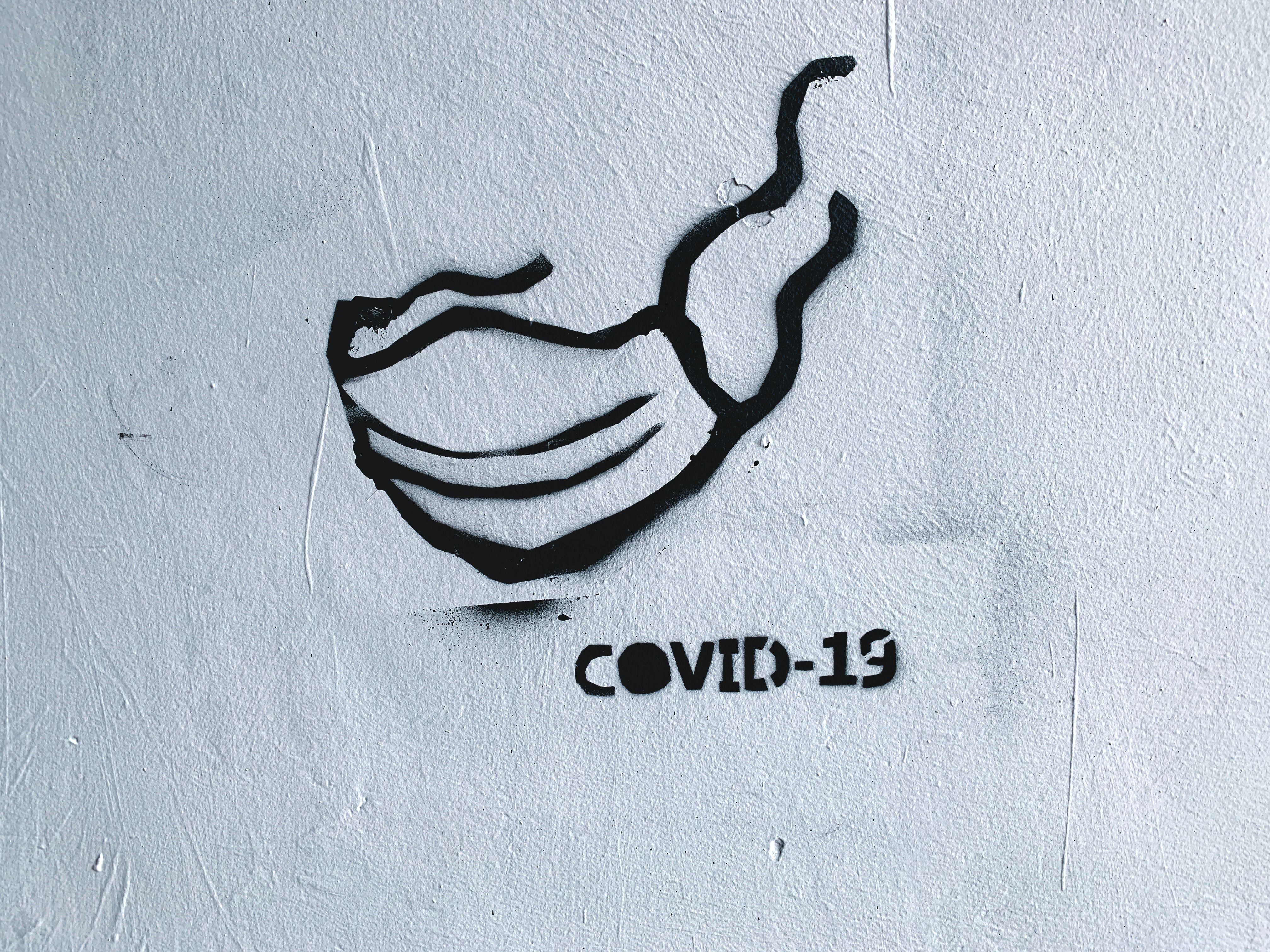 The masks we wore during the coronavirus pandemic revealed a second, hidden pandemic: bad breath. It’s time for a new look at an old problem.

THE FIRST TIME I put on a mask was the worst. In the early days of the pandemic, my partner sent me on a mission into our local supermarket. I slipped my precious blue mask over my nose and mouth and charged in to battle our neighbors for boxes of spaghetti. While the store shelves were half empty, my mask was full of a terrible smell: my own breath, redolent of the morning’s coffee with perhaps a touch of early-lockdown hangover. I got out of there as quickly as possible and sped home to brush my teeth. That was my first taste of “mask breath.”

Bad breath is one subject that nobody wants to talk about, yet we spend billions on mouthwashes, mints, gum, dental floss, and other means to try and prevent or at least hide bad breath. And evolution has also helped keep us in the dark about what our breath actually smells like: We exhale through our mouth horizontally, while we breathe in through our nose vertically, so we rarely have to smell our own breath. But when the pandemic hit and millions started wearing masks, the truth became inescapable: Our breath stinks.

Research confirms this. An estimated 30 to 50 percent of Americans have chronic bad breath. My breath seemed worse at certain times and always bad after drinking coffee or when I’d had a few beers. How could I fix this? Was my bad breath simply a cosmetic issue, or did it indicate a health problem? Because as Keith Warr, D.D.S., a dentist who practices in Salt Lake City, told me: “Bad breath is one of those symptoms where we kinda say, ‘Hmm, there’s usually something else going on.’ ”

EEK, FARTING BUGS!
SCIENTISTS HAVE figured out that the primary cause of bad breath, in most cases, is bacteria that live in the mouth—especially in between our teeth, underneath our gum tissue, and on the tongue. These bacteria produce stinky chemicals called volatile sulfur compounds, or VSCs. The bacteria that produce the most pungent VSCs are anaerobic, meaning they live without oxygen, tucked in the nooks and crannies of our mouths. “If I could be a bacterium, I would love to sit in between teeth,” says Curd Bollen, D.D.S., a dentist in the Netherlands and an expert on halitosis. “I have everything I need there, and nobody is disturbing me. And I can fart all the time. Bad breath is nothing but bacterial farts.” Silent but deadly.

On one level, bad breath is a simple problem with an even simpler solution: You eliminate the bacteria and thus their foul emissions, which is as easy as doing what your dentist has told you a thousand times: Brush your teeth two or three times per day, duh. Clean in between the teeth, by flossing and/or using a soft rubber gum-cleaning pick. And, most important, scrape the back of your tongue. (Try Dr. Tung’s tongue scraper, $10; amazon.com.) Those farting bacteria thrive in the folds of the tongue. “If you can do all three things daily,” says Dr. Bollen, “you can solve most of the problem.”

But there’s more, as Mel Rosenberg, Ph.D., knows all too well. Rosenberg, a professor emeritus of microbiology at Tel Aviv University, became fascinated by bad breath as a young researcher in the 1980s. “Bad breath is such a universal problem, yet there were hardly any studies on it,” he says. “I came home to my wife and said, ‘I’ve found my career.’ ”

Rosenberg investigated the problem with gusto, publishing dozens of clinical studies about bad breath. One uncovered a link between bad breath, alcohol consumption, and BMI. Another revealed that people are terrible at judging their own breath: Some study subjects had no clue that their breath was foul, while others believed their breath stunk when in fact it didn’t. Psychologists call that “delusional halitosis.” Rosenberg soon found that he could learn much about a patient’s health by simply smelling them. “I probably smelled 10,000 people’s breath in my career,” he says. He became a halitosis sommelier,trained to discern the potential causes of a patient’s unpleasant breath, and learned much about the connection between oral health and overall health.

He could tell whether or not a patient suffered from high blood pressure, depression, or insomnia, among other conditions. Some medications for these cause dry mouth, a major contributor to what scientists call “oral malodor.” Cancer chemotherapy patients also suffer from dry mouth, and so do people who use marijuana—and those who breathe through their mouth when they sleep. All of these people produce or retain too little saliva in their mouth.

Without enough saliva, our oral microbiome is thrown out of balance, allowing the flatulent bacteria to flourish. Your saliva contains minerals to prevent decay, it helps maintain the pH balance of the mouth, and it has oxygen—the enemy of anaerobic bacteria. That’s why if you’re dehydrated, you’ll likely have bad breath.

If you’re taking meds for high blood pressure, depression, or insomnia, you can ask your doctor to switch to medications that don’t cause dry mouth as a side effect. It may also help to chew a gum containing the artificial sweetener xylitol, which stimulates your salivary glands.

THE ALZHEIMER’S LINK
AS ROSENBERG sniffed more patients, he noticed some of them smelled more putrid than others. This scent, caused in part by two compounds with the evocative names “cadaverine” and “putrescine,” was a sign of periodontitis, or advanced gum disease.

Gum disease results, in part, from years of poor oral hygiene, enabling the bad bacteria in the mouth to infiltrate gum tissue. Bleeding gums represent an early stage of gum disease called gingivitis. If it’s allowed to progress, the bad microbes take over, invading the gums, creating pockets that harbor still more bacteria, causing inflammation and a series of reactions that eventually eat away at the bones and tissues that support our teeth.

More than 47 percent of Americans older than 30 suffer from gum disease. Not everyone with bad breath has gum disease, explains Mark Wolff, D.D.S., the dean of the University of Pennsylvania School of Dental Medicine, but everyone with gum disease has bad breath. You probably already know the best way to prevent it: daily flossing. “I have patients say, ‘I don’t floss because my gums bleed,’ ” says Dr. Warr. “Your gums bleed because you don’t floss.” (It can help to use floss made with a natural wax, like CocoFloss, $10; cocofloss.com.)

What’s more, the bacteria involved in gum disease have been linked to a wide array of chronic diseases, from rheumatoid arthritis to stroke. The prime culprit is a microorganism called Porphyromonas gingivalis, or P. gingivalis, which breaks down protein—either from last night’s steak or your own gum tissue.

P. gingivalis causes a cascade of inflammation that affects not only your mouth but your body as a whole, because it can travel from the gums into the bloodstream, cautions Patricia Corby, D.D.S., a periodontist and microbiologist at Penn Dental Medicine. She was part of a team that just published a study linking periodontal disease to the accumulation of amyloid-beta, a key marker of Alzheimer’s disease, in the brain. “There are different theories, but there is not a single study that has showed causality,” she notes. “However, there are a lot of associations.”

One thing that her research has shown, she adds, is that treating gum disease—typically via a deep cleaning—can help prevent other ailments. “When we see people with cardiovascular disease or kidney failure and we treat them for periodontal disease, we can suppress this inflammation in their body,” says Dr. Corby.

THE BREATH TEST
SO THERE might be more to my bad breath than just bad breath. I’d been flossing more and even scraping my tongue occasionally, which was gross but weirdly satisfying. “Nice teeth” was all my dentist had to say after the usual scraping and poking. I’d been nervous, but there was no mention of gum disease. Or bad breath.

In search of objective data, I’d also bought a Tanita handheld device that you blow into; it detects the level of VSCs in your breath and rates it from 1 (good) to 5 (very bad). Most days, I scored a 2 or a 3, sometimes a 4. There are fancier odor-detection units, used in dental clinics and research centers, but Rosenberg says those are inferior to the nose: “To find out if you have bad breath, just ask somebody who lives with you.”

So I screwed up my courage, sat down with my partner, and popped the question. The answer: “Not very often.” That extra care seemed to be working.