By Merrit Kennedy via NPR 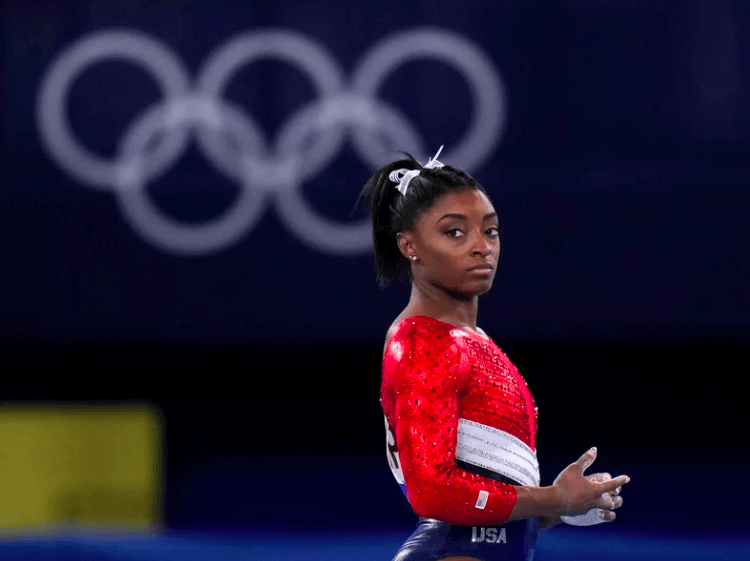 U.S. gymnast Simone Biles waits to perform on the vault during the artistic gymnastics women's final at the Tokyo Olympics on July 27, 2021.


U.S. superstar gymnast Simone Biles will not compete in the uneven bars or vault individual finals on Sunday, after pulling out of the team and all-around finals to focus on her mental health.

"After further consultation with medical staff, Simone Biles has decided to withdraw from the event finals for vault and the uneven bars," USA Gymnastics said. "She will continue to be evaluated daily to determine whether to compete in the finals for floor exercise and balance beam."

Biles has received an outpouring of support after revealing that she did not feel like she was in a place mentally to compete, and was dealing with a dreaded phenomenon known as the "twisties."

She said later that the support "has made me realize I'm more than my accomplishments and gymnastics which I never truly believed before."

Simone Biles Got The 'Twisties' At The Tokyo Olympics. Here's What That Means
LIVE UPDATES: THE TOKYO OLYMPICS

Her withdrawal from the vault opens up a spot for another teammate. U.S. gymnast MyKayla Skinner, an event specialist, will join Jade Carey in the final.

"We remain in awe of Simone, who continues to handle this situation with courage and grace, and all of the athletes who have stepped up during these unexpected circumstances," USA Gymnastics said.