By Emily Goodman via Reader's Digest 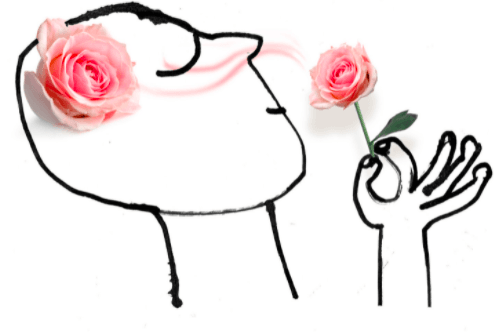 1. WHEN AMERICANS were asked in 2018 which sense they would miss most if they lost it, smell came in dead last—only 2 percent of respondents picked it. Then came COVID-19. In early 2020, ear, nose, and throat doctors around the world saw an unusual number of patients who had unaccountably lost their sense of smell. Many of these specialists then developed the same condition, and some became very ill. Suddenly, the stepchild sense took center stage.

2. RESEARCHERS SOON realized that smell loss is a leading indicator of COVID-19. Those infected with the virus are 27 times more likely than noninfected people to exhibit smell dysfunction—but only two and a half times more likely to run a fever. Some public health experts started proposing using smell tests—not temperature checks—to screen people for the virus.

3. SCIENTISTS STILL don’t fully understand the link between smell and COVID-19. While they know that patients who don’t lose their sense of smell are more likely to be hospitalized and placed on a ventilator, they don’t know why. Perhaps most worrying, they don’t know whether this virus’s adeptness at invading noses indicates similar skill at invading brains. (The smell receptors at the top of our noses are connected to the base of our brains.)

4. SMELL LOSS could also be an early warning sign of Alzheimer’s disease, schizophrenia, or autoimmune diseases such as lupus. These disorders can shrink or otherwise disrupt the parts of our brains that process smell. Smell dysfunction is also the most common early symptom reported by Parkinson’s patients—even before they begin to experience motor-related symptoms.

5. THAT SAID, if your sniffer isn’t as sharp as it used to be, don’t panic. Our sense of smell naturally declines as we age. A third of people in their 80s can’t smell at all. Smoking dulls the sense too (one more reason to quit). But you can boost your smelling savvy with a bit of training. Vary what you eat and pay attention to food’s aromas—our sense is strongest when we’re hungry.

6. IF SEEING is believing, smelling is tasting. Our palates are almost entirely dependent on our ability to smell. While taste buds distinguish among broad categories of flavor such as sweet and salty, it’s the receptors in our nasal cavities that parse out the pasta from the pastrami.

7. WOMEN HAVE keener noses than men, perhaps because they have as many as 50 percent more cells in the part of the brain that processes smell. Studies have shown that women are better able to identify and distinguish among scents than men.

8. PREGNANT WOMEN have especially sensitive noses. One theory is that the increased sensitivity during pregnancy reduces the likelihood of the mother ingesting toxins. On the other hand, depression literally depresses our ability to smell.

9. WHILE NO scent is universally “good” or “bad,” our negative response to odors we perceive as foul is detectable during an MRI brain scan. The smell/mind connection is such that smell can play a role in the treatment of PTSD. Most current approaches try to teach trauma victims to suppress their fear memories, but they must first be able to recall those memories. Suggestive smells can help trigger them.

10. SCENT ALSO heightens our positive experiences—even if Smell-O-Vision movies never caught on. A Dutch museum recently took advantage of this by surrounding Jan Willem Pieneman’s painting The Battle of Waterloo with a unique fragrance combination of gunpowder, sweat, and a perfume called 4711 Eau de Cologne, which is the one Napoleon wore.

11. HUMANS MIGHT not have the greatest sniffers in the animal kingdom, but we’re sharper than we might think. People willing to crawl through grass like dogs are perfectly capable of finding and following a scent trail. The species with the strongest sense of smell, however, also has the biggest schnoz: the African elephant. Elephants are so sensitive to scent that they can smell water from 12 miles away.

12. PEOPLE WITH anosmia have no sense of smell. Unable to detect odors such as smoke or spoiled milk, they are twice as likely to succumb to fire and food poisoning than those with the sense intact. Most cases are the result of illness or head injury (car accidents are a leading cause). Those who are born with anosmia often don’t realize it until their teens, as children aren’t screened for smell disorders the way they are for vision and hearing problems.

13. COMPANIES IN France and Canada are developing devices that mimic our sense of smell and can be built into home appliances to create ovens that shut themselves off when they detect burning and refrigerators that alert you when produce is at its peak ripeness. Imagine all the wasted food we could save—not to mention never burning another piece of toast.