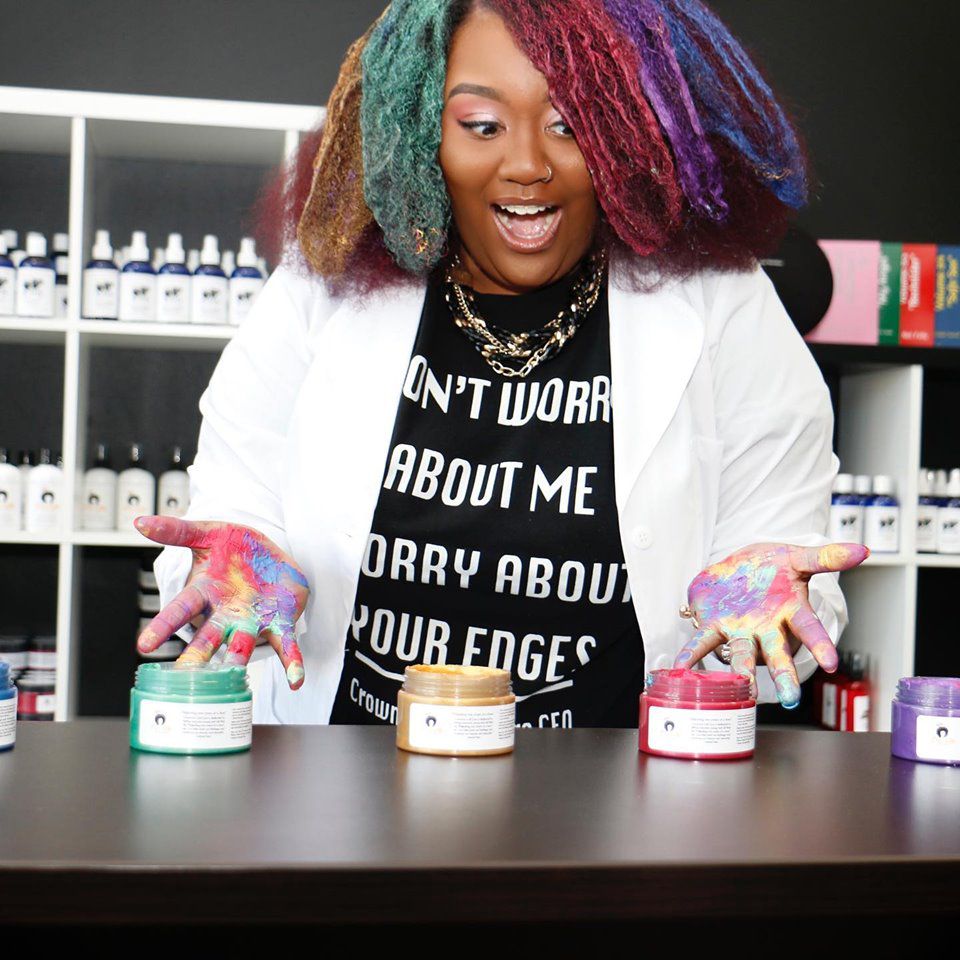 Jerricha Hoskins, creator of Arcani Hair Care sampling her chemical-free colors. Once homeless, the mom of six and her husband employ single moms and foster kids aging out of the system at their headquarters in Ohio. 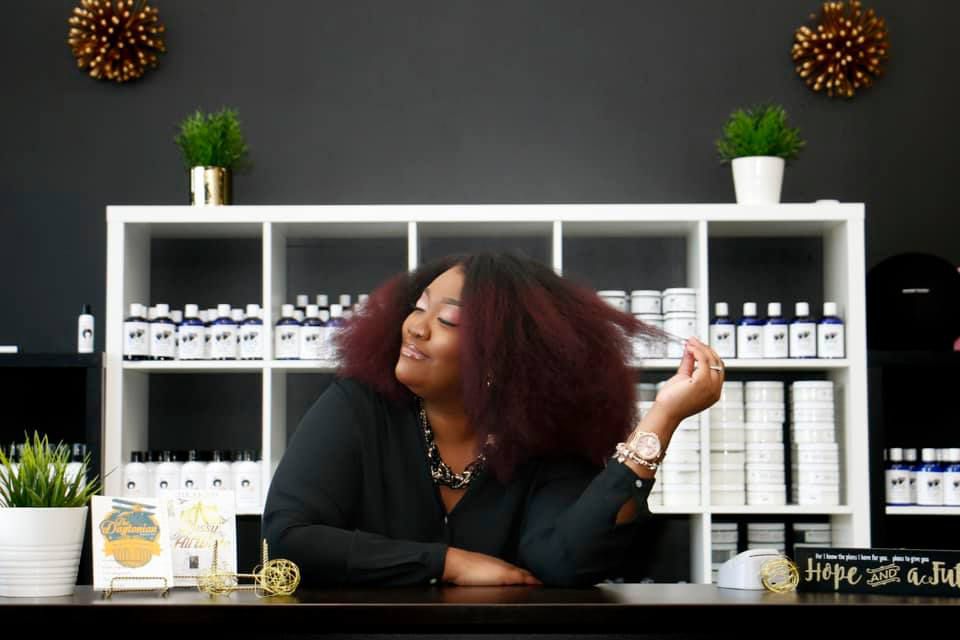 After spending her youth in child protective services before being homeless as an adult, Jerricha Hoskins is now the CEO of her Arcani Hair Care line which employs single moms and foster kids aging out of the system at their headquarters in Ohio. 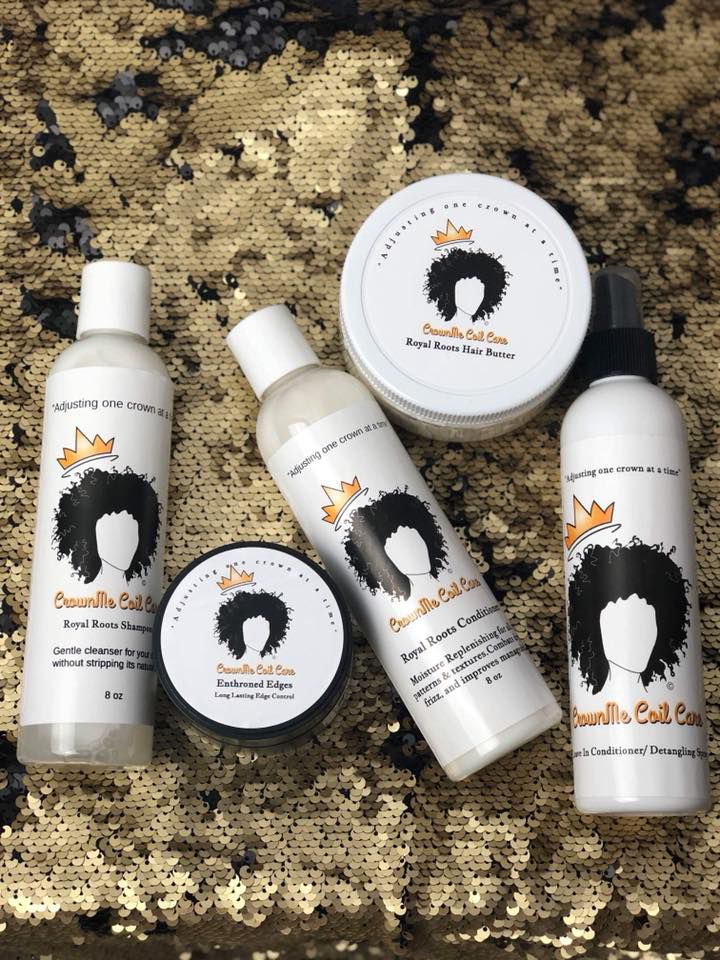 The Arcani Hair Care line is created by Jerricha Hoskins, a mom of six who once dreamt of creating a product for natural hair while staying in a homeless shelter after losing her house and car. Now, the Ohio-based company employs single moms and foster kids aging out of the system.

The Arcani Hair Care line is created by Jerricha Hoskins (center), a mom of six who once dreamt of creating a product for natural hair while staying in a homeless shelter after losing her house and car. Now, the Ohio-based company employs single moms and foster kids aging out of the system.

"From Homeless To Hair Care: How A Dream Of Creating Her Own Product Became a Six-Figure Reality For Hoskins”

Nationwide, USA… Nationwide, USA… When she and her husband aren’t balancing their six kids and their employees who are mostly single parents and former foster kids, Jerricha Hoskins is busy thinking of more products to add to her Arcani Coil Care line. The line which grew from a grassroots campaign on social media and by word of mouth consists of vegan-based temporary hair colors, a men’s beard care kit, children’s curl mousse, edge control.

In just two years, she has sold $1.88 million worth of items, shipping 90,000 units of edge control alone. Her products have shipped from her Ohio-based office to Zambia, Canada and the Caribbean with Houston, Atlanta and Chicago being her top American suppliers. It’s a dream come true for the Dayton resident who literally dreamt about owning such a business when she snuggled with her toddler in a homeless shelter after losing her home and having her vehicle repossessed.

During those dark days, Hoskins thought of her tough childhood in Ohio, and was still grieving the death of the foster mom who wanted to adopt her while not understanding how her biological mother didn’t want to repair their relationship. As she lay in the dark of the homeless shelter not knowing where the next dollar was coming from, and frustrated that someone urinated on the few items she had for her child, she continued to dream of an idea many people thought was far-fetched – owning her own hair care product.

“I have natural hair and can’t use things with chemicals so I used to create my own creams and moisturizers,” she said recalling the hair trauma she suffered as a child when she had scabs in her hair from chemical burns. “I prayed during that time and even though people thought I should just focus on other things, it stuck with me and I knew it was a part of what I was destined to do.”

“I immediately went in my kitchen and started creating products, testing them on us and then I learned about packaging and all of that and little by little word got out on social media,” she said. “Next thing you know, my edge control in particular started blowing up. It went from me going into some of the natural hair groups and showing my products to them buying and trying and vlogging about it. Then I started adding more products. I also changed the name recently and still people realize who we are and they are using it and we are getting rave reviews.”

Now, that Arcani Coil Care dream that started in the homeless shelter employs mostly single mothers and foster kids who are aging out of the system. Hoskins said it was important to cater to that demographic as she can relate to them.

“Your present situation is not the end result,” said Hoskins. “And when you get to your goal, it is very important to turn and to help others. Paying it forward keeps you moving forward and that is very important.”

Demand is great for the product and Hoskins says she’s already dreaming about the next phase for the company.

“My products are going to be in major retailers and beauty stores,” she says confidently. “Anything is possible and we’ve worked hard to get to this point so I know the next step is to make it more accessible to our clients. So yes, within a year, I would love to see it in retail stores.”