We hopped on the phone with the actor to chat representation, genuine storytelling, and Starz's #TakeTheLead initiative. 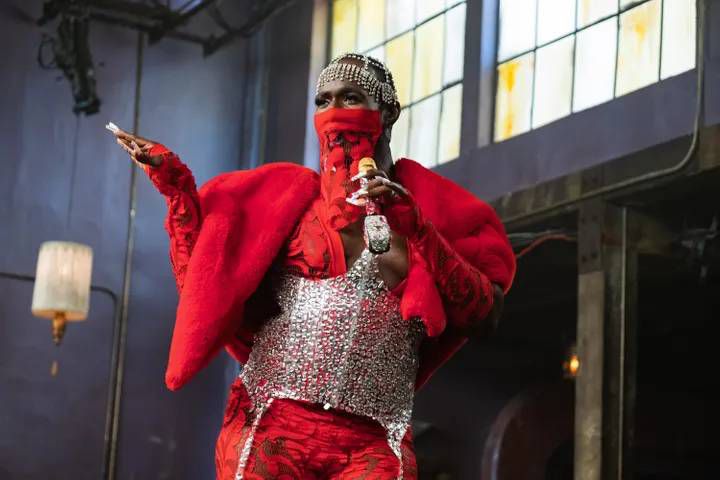 Actor Nicco Annan as Uncle Clifford in the series P-Valley

Starring as “Uncle Clifford” in the new season of the Starz series “P-Valley,” actor Nicco Annan spoke to us about what diverse storytelling means to him and his experience with #TakeTheLead, Starz’s commitment to amplifying narratives by, about, and for women and underrepresented audiences.

Can you tell us a bit about your character Uncle Clifford in the Starz series “P-Valley”?
Nicco Annan: Uncle Clifford is the owner of the club at the heart of [“P-Valley”]. One of the beautiful things about Uncle Clifford is that she’s the kind of person who’s been really blessed enough and has gotten to a stage in her life where she’s been able to create [for herself] a castle of some sorts. The motif that runs through this season is how we can create towers for ourselves to overlook our kingdoms or to lock ourselves in to get away from the madness of the world. [Uncle Clifford] is a fierce matriarch. She has the masculine and feminine energy that we all possess. I think that she wears them all interchangeably.

What aspects of Uncle Clifford’s personality, if any, resonate with your own identity?
Nicco: I would say Uncle Clifford’s tenacity is an aspect of her personality that resonates with me, Nicco, as an artist, as a man, as a Black man, and as a gay man. To be an artist and to be in this game for so long, you really get to the point where you realize that you want to do things for the sake of true artistry rather than recognition. And this perspective has allowed me to have a definition of my own artistic integrity and merit. Uncle Clifford projects something similar in the way she doesn’t wait for the world to recognize her and give her her crown. She wears it herself.

“P-Valley” is a series that’s garnered acclaim for its storytelling and praise for its depiction of Black, female, and queer characters. What has that meant to you as one of its stars?
Nicco: It has meant that it is a new day! [Laughs.] I think that we have so much to change, so much work still to do. But I think that as we, as a society, continue to evolve, we will discover more work. It’s not about settling. In this fictitious world of Chucalissa, Mississippi, the show represents yesterday, today, and tomorrow. You’re always going to have characters and scenarios that may still speak to the days of yesterday where certain politically correct language is not used or people may still have an old-school fashion to themselves.

The series also represents today, when we’re having conversations where queer people take up space and take ownership of their lives. But also one of the things that’s really special and is such a gem to me is that “P-Valley” can also represent tomorrow. It gives me inspiration because we have a responsibility as actors in telling these stories, especially these ones about marginalized communities that don’t get told too often, and especially not with authenticity. It’s important to show what a better way could be — a way in which we can all coexist and where there is a level of respect in every way because you can really appreciate and understand what people are going through. I think the show can create a level of empathy that can provide some healing in the world. 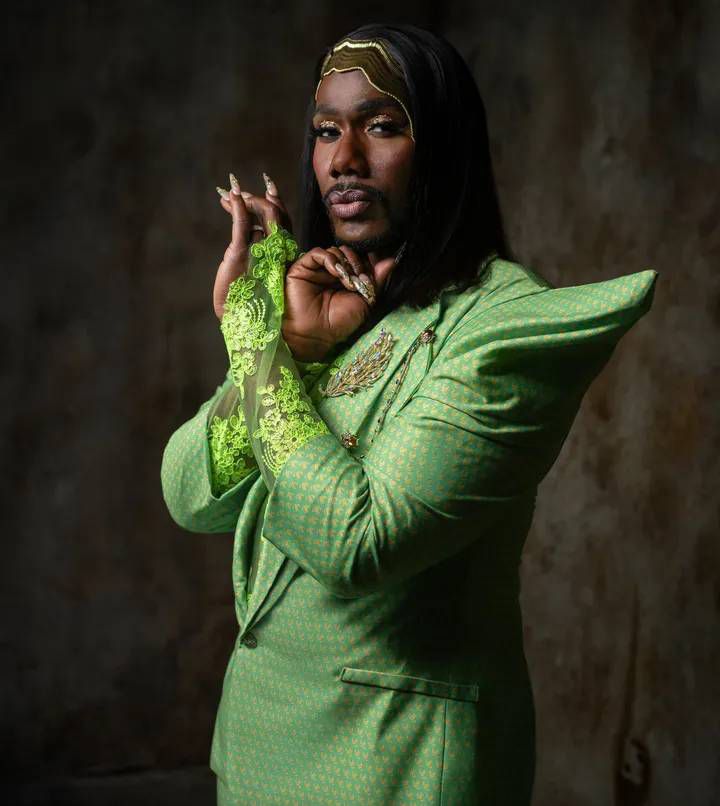 Actor Nicco Annan as Uncle Clifford in the series P-Valley

Some series see diversity onscreen but fail to have that same sort of representation behind the scenes. How has having a Black creator, director, and writer shaped the authenticity of the stories you’re telling?
Nicco: It’s integral to this process. You have to really be diligent in seeking and actively changing the climate in which these things are created. Katori Hall, our showrunner and the creator of this entire world, has been very specific from the beginning about the vision of this series. We’ve had to kind of show people what the “female gaze” of the series is, not looking at these bodies and objectifying them but asking: How can you appreciate the body while also admiring the ability of it?

I think because we have Katori at the helm and such a diverse crew, our set really reflects the world. When I’m on set and I see people of all backgrounds, gender identities, and generations, it really helps you stay grounded and not slip into some silo that I think a lot of people can create for themselves. This show is about the Black, Southern experience but there are also many different cultures that exist in the South that are highlighted [in our series].

I want to take a moment to talk about #TakeTheLead — STARZ’s commitment to amplifying narratives by, about, and for women and underrepresented audiences. From your own perspective, what does #TakeTheLead mean to you?
Nicco: To me, it means that we will not disappear. And when I say “we,” I mean all of us on this planet. I think that sometimes people can have the point of view that when you discuss “diversity,” you’re talking about eradicating or prioritizing one group over another. And I don’t think that’s true. I think it’s about varying the perspectives under which we see this world and that is how we can truly grow and live in a space of harmony. Because we are all seeing ourselves and learning about culture.

Oftentimes, I find that people don’t have the opportunity to venture or take the opportunity to step outside of their norm or their neighborhoods to see others. Through media, you can travel and see different worlds. If you don’t have accurate representations of what those worlds can be, we’re doing a disservice — not just to the art but to our world. And I think that authentic representation is a part of what #TakeTheLead is all about. 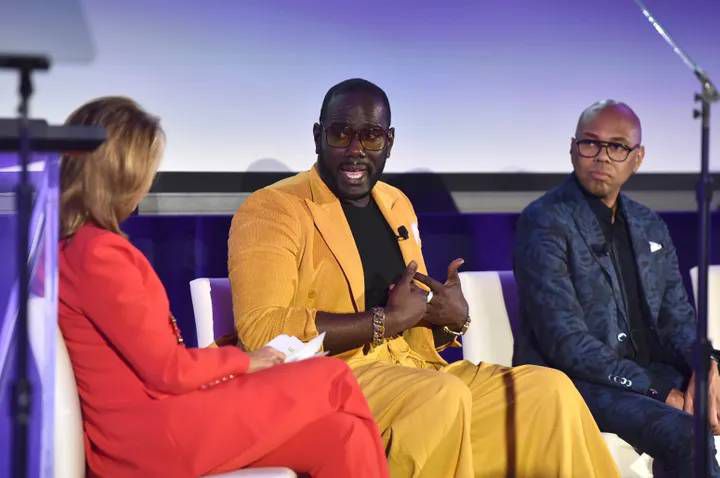 
You recently attended Starz’s #TakeTheLead summit. What was that experience like?
Nicco: It was so much fun! There were so many people we got to meet for the first time. Stuff like that invigorates you and gives you an extra boost. We’re seeing firsthand that this commitment from the network isn’t just lip service, that this stuff really is happening. It can affirm your thoughts.

Sometimes, it feels like this world is just…on fire. [Laughs.] I find that when I get to have a meeting of the minds with another person, it can kind of quell that fire a little bit, you know? There’s a sharing of the burden to get it right and that’s what it felt like being [at the summit] — that there was a sharing of this burden and we can overcome this together. It reminds you that you don’t have to do it alone.

In which ways do you see “P-Valley″ contributing to the initiative at the center of #TakeTheLead?
Nicco: “P-Valley” is a show that just tells the truth. The only agenda in the show is to reflect the truth and to demystify what you may think of these marginalized communities. I think that is what #TakeTheLead is about. It’s not about anything aside from saying: These are people on this planet who deserve light.

The style and the panache of the show really give credence to the fact that you deserve to be seen — you, your curves, your curls, and your color. It’s meant to be a mirror of the people who watch our show. 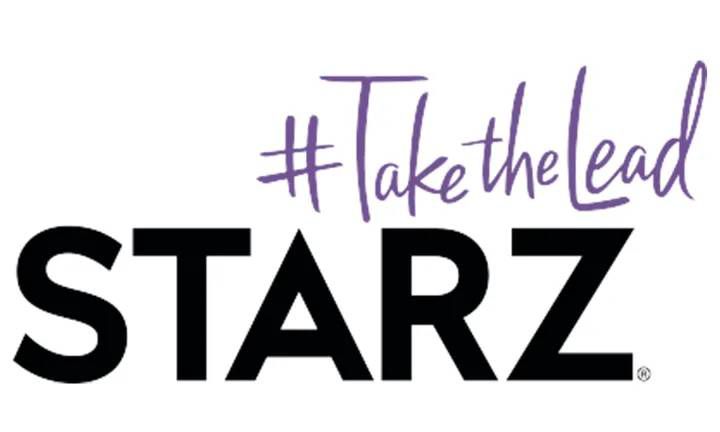