By Natasha Lomas via Tech Crunch 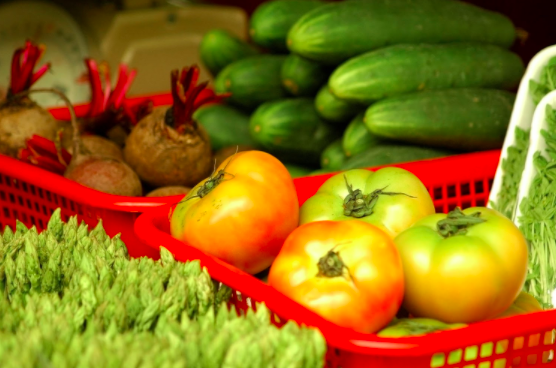 U.K. startup Oviva, which sells a digital support offering, including for Type 2 diabetes treatment, dispensing personalized diet and lifestyle advice via apps to allow more people to be able to access support, has closed $80 million in Series C funding -- bringing its total raised to date to $115 million.
The raise, which Oviva says will be used to scale up after a "fantastic year" of growth for the health tech business, is co-led by Sofina and Temasek, alongside existing investors AlbionVC, Earlybird, Eight Roads Ventures, F-Prime Capital, MTIP, plus several angels.

Underpinning that growth is the fact wealthy Western nations continue to see rising rates of obesity and other health conditions like Type 2 diabetes (which can be linked to poor diet and lack of exercise). More attention is also generally being paid to the notion of preventative -- rather than reactive -- healthcare to manage the rising costs of service delivery.

Lifestyle management to help control weight and linked health conditions (like diabetes) is where Oviva comes in: It's built a blended support offering that combines personalized care (provided by healthcare professionals) with digital tools for patients that help them do things like track what they're eating, access support and chart their progress toward individual health goals.

It can point to 23 peer-reviewed publications to back up its approach -- saying key results show an average of 6.8% weight loss at six months for those living with obesity; while, in its specialist programs, it says 53% of patients achieve remission of their Type 2 diabetes at 12 months.

Oviva typically sells its digitally delivered support programs direct to health insurance companies (or publicly funded health services) -- who then provide (or refer) the service to their customers/patients. Its programs are currently available in the U.K., Germany, Switzerland and France -- but expanding access is one of the goals for the Series C.

"We will expand to European markets where the health system reimburses the diet and lifestyle change we offer, especially those with specific pathways for digital reimbursement," Oviva tells TechCrunch. "Encouragingly, more healthcare systems have been opening up specific routes for such digital reimbursement, e.g., Germany for DiGAs or Belgium just in the last months."

So far, the startup has treated 200,000 people but the addressable market is clearly huge -- not least as European populations age -- with Oviva suggesting more than 300 million people live with "health challenges" that are either triggered by poor diet or can be optimised through personalised dietary changes. Moreover, it suggests, only "a small fraction" is currently being offered digital care.

To date, Oviva has built up 5,000+ partnerships with health systems, insurers and doctors as it looks to push for further scale by making its technology more accessible to a wider range of people. In the past year it says it's "more than doubled" both people treated and revenue earned.

Its goal is for the Series C funding is to reach "millions" of people across Europe who need support because they're suffering from poor health linked to diet and lifestyle.

On digital versus face-to-face care -- setting aside the potential cost savings associated with digital delivery -- it says studies show the "most striking outcome benefits" are around uptake and completion rates, noting: "We have consistently shown uptake rates above 70% and high completion rates of around 80%, even in groups considered harder to reach such as working age populations or minority ethnic groups. This compares to uptake and completion rates of less than 50% for most face-to-face services."

Asked about competition, Oviva names Liva Healthcare and Second Nature as its closest competitors in the region.

"WW (formally Weight Watchers) also competes with a digital solution in some markets where they can access reimbursement," it adds. "There are many others that try to access this group with new methods, but are not reimbursed or are wellness solutions. Noom competes as a solution for self-paying consumers in Europe, as many other apps. But, in our view, that is a separate market from the reimbursed medical one."

As well as using the Series C funding to bolster its presence in existing markets and target and scale into new ones, Oviva says it may look to further grow the business via M&A opportunities.

"In expanding to new countries, we are open to both building new organisations from the ground up or acquiring existing businesses with a strong medical network where we see that our technology can be leveraged for better patient care and value creation," it told us on that.