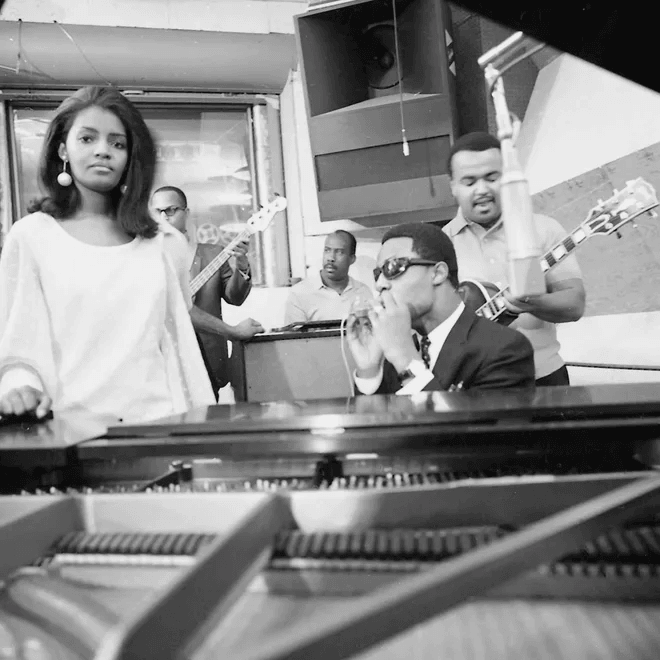 If you’re a music artist ready to roam the less-traveled roads of Motown, there’s a new contest for you.

A cover-song competition, open to musicians nationwide, has been launched by Detroit’s Masterpiece Sound, a west side recording studio founded by the late Motown songwriter Sylvia Moy.

Prizes of $25,000, $10,000 and $5,000 are up for grabs, with winners to be selected during a live event at Motor City Casino’s Sound Board theater. The event is co-sponsored by Sony Music Publishing, which administers Motown’s song catalog.

Artists can select a song from 10 eligible Motown tunes (see list below), play it in the style of their choosing and submit a video of their performance.

Ten finalists will be picked for the Sound Board concert by a panel that includes songwriter Ivy Jo Hunter, arranger Paul Riser and the Miracles’ Claudette Robinson.

The deadline for submissions is Sept. 5. There is no entry fee. Artists selected from outside Detroit can receive up to $1,000 in travel expenses to appear at the Sound Board finals.

The three winners will also receive representation by Sony Music Publishing for their cover tracks, including potential licensing opportunities.

Moy, who died in 2017, made her name with big hits penned for Stevie Wonder and others: “My Cherie Amour,” “Uptight (Everything’s Alright),” “It Takes Two,” “This Old Heart of Mine.”

But the new contest largely spotlights lesser-known songs plucked from the Motown catalog — album cuts, B-sides and other rarities.

“That's intentional,” said Celeste Moy, sister of the late songwriter. “Whenever you see the Motown story, it's always the usual suspects, always the same songs. But those are already standards. They're going to do well.

“This contest is about the sustainability of other songs written by great songwriters. The purpose is to reintroduce them in different genres to different markets.”

Seven of the 10 songs on the contest list were cowritten by Sylvia Moy, who initially pursued a career as a singer before moving into a songwriting and production role at Hitsville, becoming one of the most prominent women behind the scenes at Motown in its early days.

Moy's sister said the late Motown trailblazer disliked when a composition got associated with one hit version by one artist.

“As a songwriter, Sylvia was always very sensitive to the idea that great songs could be covered or reinterpreted in many different ways,” Celeste Moy said. "A good song is a good song."

Full contest details are at the Masterpiece Sound Studios website.

“Heaven Sent You I Know” (Marvin Gaye and Kim Weston)

“I Was Made to Love Her” (Stevie Wonder)

“My Baby Loves Me” (Martha & the Vandellas)

“Nothing’s Too Good for My Baby” (Stevie Wonder)

“Which Way Is the Sky” (Four Tops)

“Whole Lot of Shakin’ in My Heart” (Smokey Robinson & the Miracles)

“You’ve Made Me So Very Happy” (Brenda Holloway)