By Moumita Basu via Inner Splendor 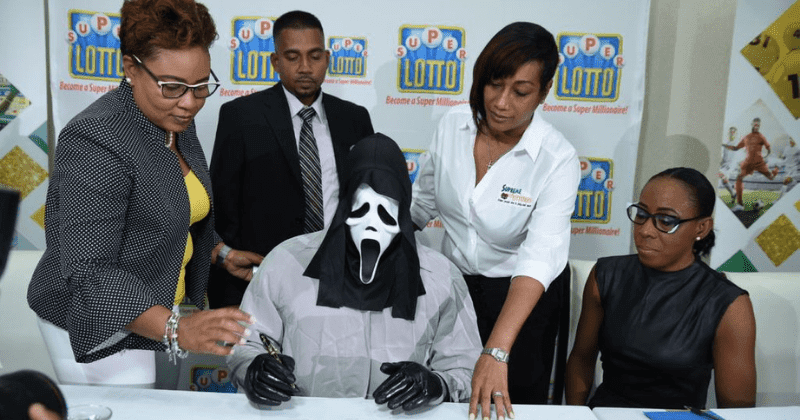 Winning a million-dollar lottery is a dream a lot of us have. Most of us have imagined what would we do if we ever get a million dollars and how we could spend it. Recently, a Jamaican man won a $1.2 million cash prize in the lottery and turned up to collect his award money with a mask on. Why.. you ask? Well, that's because he wanted to hide his identity from his relatives so they don't hound him for money.

The lottery winner identified as A. Campbell decided to collect the prize by wearing a Ghostface mask from 'Scream' and if you ask me personally, the idea is bloody brilliant. Campbell patiently waited 54 days to collect his $158.4 million in Jamaican dollars ($1.2 million US) from the nation's Super Lotto after he originally won the contest in November 2018. According to a report by Jamaican Star, Campbell fell sick when found out he won the Super Lotto. 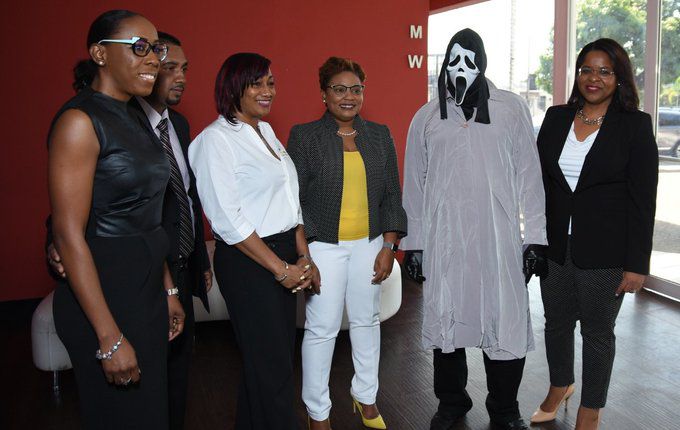 He said, "I found out [I won] the same night. Normally, I would write down the numbers from the [televised] draw, eat and then go and check my numbers. I looked at my ticket [that night] and ran into my bathroom and said: ‘I won! I won! I want to get a nice house. I haven't found it yet, but I'll be looking for one soon. I like to handle money. I don't beg, I don't borrow. So I'm looking at things that can turn over the money. I have a little business, so I plan to make it bigger, buy an apartment. I love to have money." 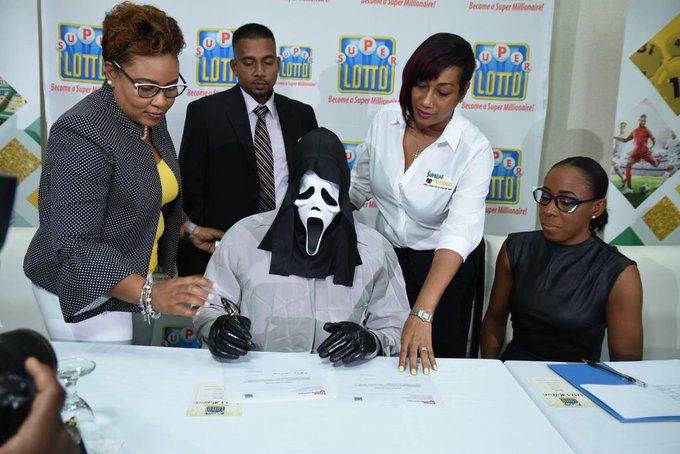 The #SuperLotto winner gets ready to collect their millions!

He reportedly got the check on February 5 last year and started contemplating how to responsibly handle the money. Pictures from the event went viral which shows Campbell wearing a mask and shaking hands with lottery executives while wearing the iconic Ghostface mask from the Scream film franchise. But he isn't the first one to hide his identity while receiving a prize amount. The crime levels are pretty high in the city and the residents fear that they will be often hounded for money by family and friends. 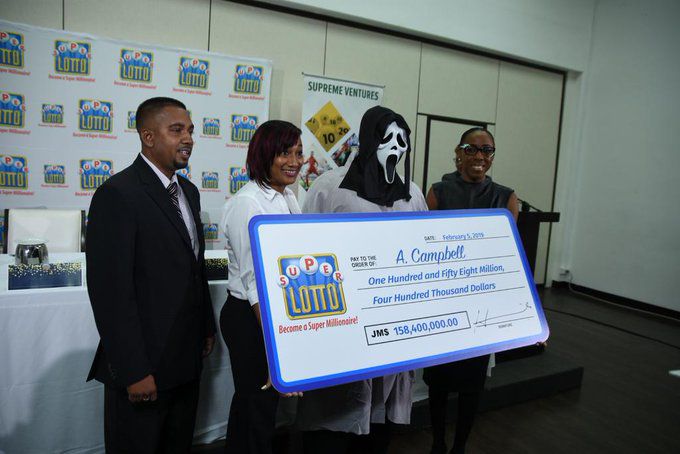 In June 2019, another Super Lotto winner wore an emoji mask to hide his identity after she won $180,900,000 in Jamaican money. The extremely happy woman, identified as N Gray was presented with her prize money during a press briefing staged by Supreme Ventures Limited (SVL) at the Spanish Court Hotel in New Kingston. Gray, in an interview with Jamaican Observer, said she bought two sets of numbers she had been “banking on" and she started playing in hopes of paying off her debts and bills more easily. 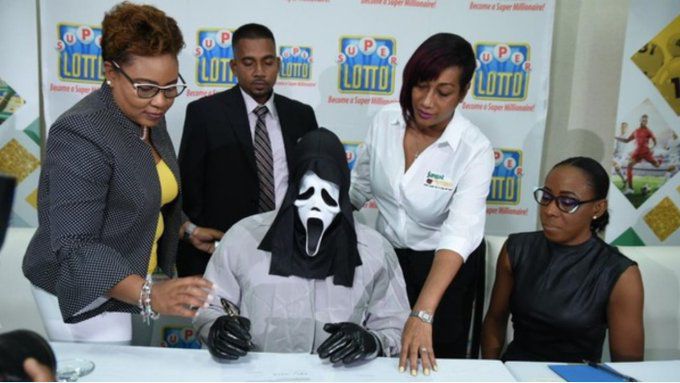 In 2019, a Jamaican man turned up to collect his winning lottery cheque wearing a Scream mask. He said he wore the mask because didn't want his relatives hounding him for money.

She said, "My friends always told me to keep buying and that I would win because I was always coming close, getting four numbers, so I felt confident that I would eventually find all six numbers.” Gray randomly picked the numbers just three hours before sunrise and decided to ask her son to check her two tickets. A quote released by SLV reads, "I was watching TV and the ad came on that someone won the Super Lotto from Jamaica. So, I went for my ticket and told my son to go on the Supreme Ventures website and he started reading the numbers. He said six, and I said 'yeah', super ball 10 and I said, 'yeah', and he said 'you win it!"