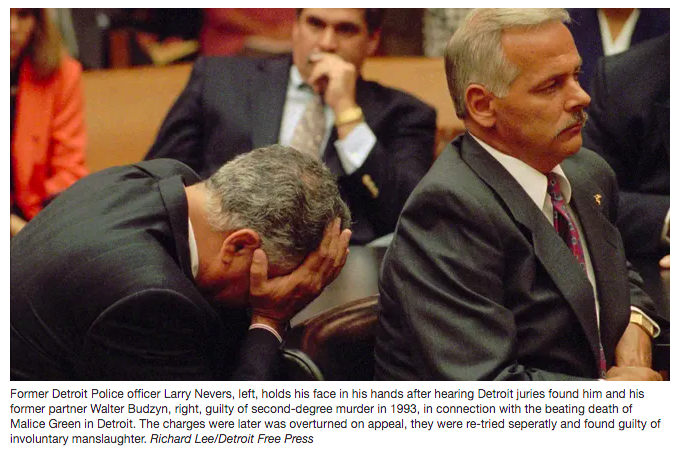 The Derrick Chauvin trial has evoked a myriad of emotions for me in the last few weeks. Many have asserted that this is the first time a law enforcement officer has been held to account for murdering an unarmed citizen.

Not true: For me, and for other Detroiters who were alive in 1993, the Chauvin trial was deja vu.

Few Americans outside Michigan recall the successful prosecution of a case eerily similar to the Chauvin trial. But Detroiters remember: That trial was the People of the State of Michigan v. Larry Nevers and Walter Budzyn for the unjustified beating death of Malice Green.

Mr. Green was a Black motorist who died after a bogus traffic stop that spun murderously out of control. He was pummeled and beaten to death by police officers armed with heavy Kell flashlights. But like George Floyd's killer, Mr. Green's murderers insisted the deceased was to blame for his own death.

I was the lead prosecutor in the Budzyn/Nevers trial. For weeks, I have had flashbacks to that long-ago August.. I can still hear defense attorneys telling jurors that Budzyn and Nevers were not responsible for Green's death

He died because he was high on cocaine..

He died because he had heart issues.

He died because of this, and because of that — but certainly not because he was stuck in the head multiple times by on-duty, veteran police officers with flashlights.

Putting Faith in the Jury
At that time, no on duty police officer had ever been convicted of murder. Never in the history of the United States.

But I had faith in the juries that we had selected. I was convinced that Detroiters would accept the verdict no matter which way it fell. I believed this even though nothing had been captured on videotape. Cell phones, body and dashboard cameras were not yet commonplace. But the testimony of those who labored to explain the circumstances of Mr. Green's death —the civilian witnesses, the medical experts, the use of force expert — was compelling.

Over the last few weeks, the Chauvin trial has been broadcast on TV, and even live-streamed, But in 1993, there was only Court TV, and it had yet to reach Detroit.

Don Barden, the owner of Barden Cablevision, understood the significance of the Green case, and made sure his viewers knew what was happening in the courtroom. Every day for twelve weeks, Detroiters saw prosecutors fighting like hell to convict the defendants and hold them accountable. People saw that we were serious and singularly focused.

Waiting for justice
I will never, ever forget what it was like waiting on those verdicts. Each defendant had his own jury, so we waited on 24 people to decide the fate of the defendants. And waited, and waited.

One jury would take eight days, the other nine. Intellectually, I knew that we had done everything that we could possibly do. Even so, I couldn't help second-guessing every decision: What if I had made this argument, or that one?

I sleepwalked through those days, trying to ignore the world and minutia around me, and praying to God every waking moment.

In the end, Budzyn and Nevers were both convicted of murder, and Detroit did not burn. 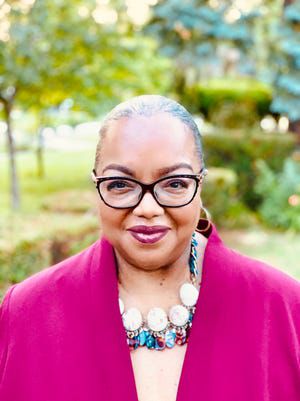 I distinctly remember bolting up the stairs of the courthouse followed by the press when I was contacted about the verdict from the first jury; the second jury announced that they had a verdict the next day. I knew that justice had prevailed before the verdicts were even read. I just knew. Both defendants were held accountable for their actions.

I was just as confident that there would be a verdict of guilty in the Chauvin case. As a result of videotaped footage of the crime, police and civilian and expert witnesses presented to the jury, justice prevailed, as it did in the Malice Green case.