By William Gittins via AS

Gay Pride Month: How did it start, who celebrates it and where and when do the events take place?

June is Pride Month; a celebration of LGBTQ communities and culture. We take a look at the origin and meaning of the event and how you can get involved. 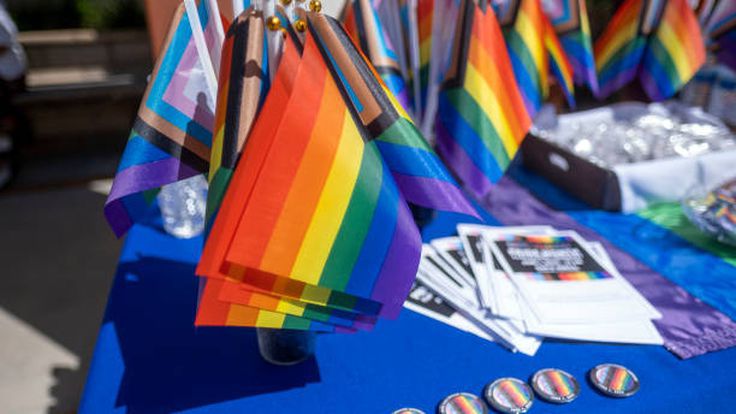 Pride Month began on 1 June, initiating the annual celebration of LGBTQ freedoms. After struggling for decades to overcome prejudice LGBTQ communities all around the world use Pride Month to recognise the progress made and outline what still needs to be done.

The celebration began in New York more than 50 years ago and has blossomed into a global event in nations across the world.

How did Pride Month start?
The event has its roots in a sudden and unplanned response to police brutality against the LGBTQ community in New York City. The Stonewall Inn, a gay bar in Greenwich Village, was subject to repeated harassment from law enforcement and in the early hours of 28 June 1969 police once again launched a raid on the premises.

But, as patrons were being hauled outside by officers, bystanders decided that they had had enough and fought back. Their resistance sparked a three-day riot in the neighbourhood, which became the catalyst for the merging gay rights movement. Groups like the Gay Liberation Front and the Gay Activists Alliance were formed and the nation’s first Gay Pride marches were held.

Who celebrates Pride Month?
The month-long event is designed to recognise and celebrate the LGBTQ community. That acronym covers lesbian, gay, bisexual, transgender and queer people. Queer, is an umbrella term for anyone who does not consider themselves straight. The letters ‘I’ and ‘A’ are sometimes added to the acronym to cover intersex (people whose biological sex does not fit the male-female binary) and asexual (people who do not experience sexual attraction).

However Pride Month is not reserved for just those groups and anyone is free to join in with the event. Pride events encourage allies from outside the community to show their support in whatever way they feel fit.

Where are Pride Month events near me?
Pride events are often marked with the iconic rainbow flag, created in 1978 by artist and designer Gilbert Baker for the celebration. But how can you find events near you?

The International Gay and Lesbian Travel Association (IGLTA) brings together a list of the biggest Gay Pride events all over the world. Simply set the filter to your location and you will see all the major events happening.

IGLTA describes itself as “the world’s leading network of LGBTQ+ welcoming tourism businesses,” and it offers LGBTQ-friendly travel advice all year round.