In the span of a month, Kanye West has destroyed his empire 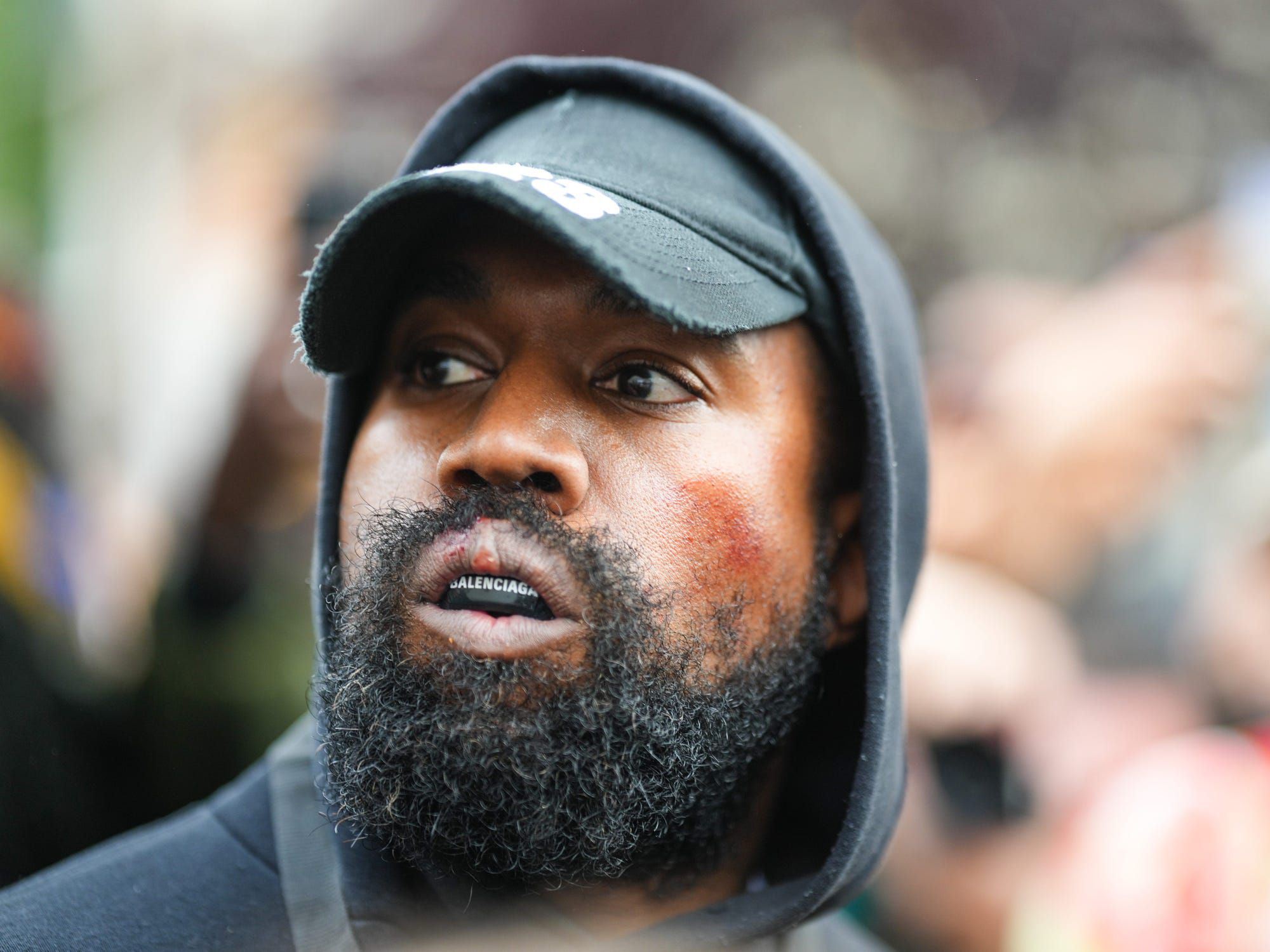 Ye, who is also known as Kanye West, is seen wearing a Balenciaga boxing mouthguard, outside Givenchy, during Paris Fashion Week.

● Ye, formerly known as Kanye West, has lost deals to the tune of billions of dollars this month.

● The turmoil began when the rapper and Yeezy entrepreneur engaged in controversial behavior and went on antisemitic rants.

● Now, he says he was out $2 billion in one day, and the list of companies cutting ties with him keeps growing.

Kanye West has taken a huge hit to his Yeezy empire this month.

The firestorm began when the rapper, now known as Ye, engaged in a series of controversial and offensive behaviors, which ultimately cost him several brand deals.

The losses have cost Ye billions, he says, but he's unfazed. In an Instagram post Thursday, he said, "I lost 2 billion dollars in one day and I'm still alive." The dropoff means West may have fallen out of the billionaires' club. As of Thursday morning, Forbes estimates his net worth is $400 million; the news outlet previously estimated the value of Ye's Adidas deal to be $1.5 billion.

On October 3, Ye was seen sporting a "White Lives Matter" shirt at Paris Fashion Week. Ye later sent a box of the shirts to homeless people on Los Angeles' Skid Row in a move one local advocate said made "a mockery and political prop of Black Angelenos." Ye responded to the backlash by calling Black Lives Matter "a scam."

Several days later, conservative commentator Candace Owens, who wore a White Lives Matter shirt alongside Ye in Paris, tweeted a picture of a letter appearing to show JPMorgan Chase severing ties with Ye, telling him to transfer his business to another bank by late November.

On the heels of the controversy, Ye returned to Twitter on October 8 with a tweet that said he was "going death con 3 on JEWISH PEOPLE." Twitter deleted the message for violating its policies and locked Ye's account. Similarly, Ye's Instagram account was restricted after he posted a screenshot appearing to show a text he'd sent to Sean "Diddy" Combs, saying, "Ima use you as an example to show the Jewish people that told you to call me that no one can threaten or influence me."

Adidas and Gap cut their ties with Ye this week. Adidas said Ye's recent remarks and actions "have been unacceptable, hateful and dangerous, and they violate the company's values of diversity and inclusion, mutual respect and fairness." The company will remain the "sole owner" of all design rights to existing products, as well as previous and new colorways through the partnership. Adidas estimated it would lose $246 million in profit this year for pulling the plug on the deal.

Meanwhile, Gap announced Tuesday that it had shut down YeezyGap.com and was taking immediate action remove those products from stores, saying, "Antisemitism, racism, and hate in any form are inexcusable and not tolerated in accordance with our values."

The fate of those partnerships had been uncertain since mid-September, when Ye said he would "go it alone" after those contracts expired. A few days later, though, Ye seemed to have decided that was too long to wait, at least for Gap, as his lawyers sent the retailer a letter to terminate the Yeezy Gap clothing partnership early.

Last week, Balenciaga also cut ties with Ye. A day later, fashion magazine Vogue and its editor-in-chief, Anna Wintour, said they had no plans to continue working with him.

This week, famed talent agency CAA dropped Ye, and film and TV studio MRC shelved a finished documentary on him. The ripple effects also extended to Donda Academy, Ye's controversial private school in Simi Valley, which has reportedly been shut down, effective immediately.