In the mood for love: the all-time greatest romantic perfumes 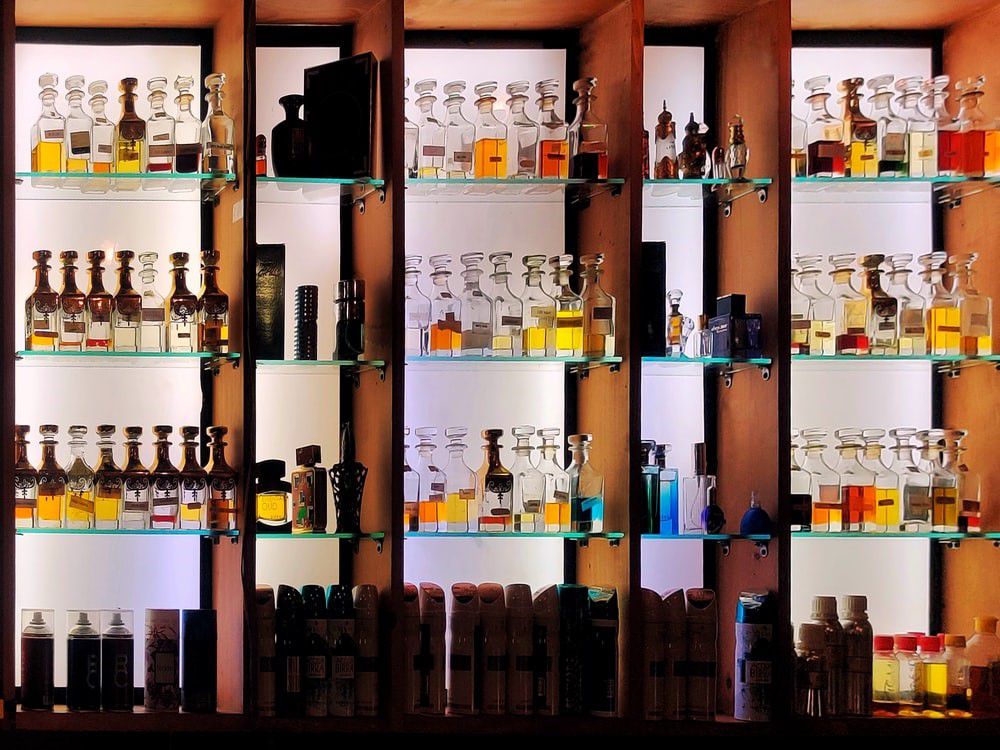 Becki Murray on fragrances past and present guaranteed to make hearts skip a beat.

The power of fragrance to inspire ardour has long captured the cre-ative imagination, with scientists and perfumers alike looking for ways to bottle the essence of love. Still, the exact scent of romance —be it floral, spicy or sweet — defies categorisation, morphing with each decade to reflect the mood of the era. Even a biological answer proves elusive: pheromones, the aroma-based chemical signals observed in the mating rituals of animals, have yet to be proven to exert the same influence in humans. Nonetheless, the connection with intimacy en-dures; in fact, love is the most prevalent theme perfumery has ever known.

Legend has it that when Cleopatra first met Mark Antony, she drenched her ship's sails in perfume to seduce her future lover from afar. Nor was she the only royal to have faith in the power of fragrance to inspire devotion: when Catherine de' Medici wed the future French King Henry II in 1533, she brought her perfumer (and signature flow- ery scents) with her to France. Later, Marie Antoinette's marriage to Louis XVI would unite two per-fume aficionados in their love of florals, while Napoleon reportedly used 6o bottles of jasmine extract every month — perhaps because he preferred Josephine not to bathe.

It was in the loth century, however, that new notes born from emerging technologies saw the definition of romantic fragrances expand beyond all previous reckoning. In the 1920s, synthetic ingredients called aldehy-des, which famously gave Chanel No 5 its airy floral quality, were used to conjure up the optimism of the era, whether the freedom of joining the workforce or the breathless energy of nights spent dancing the Charleston. This period also saw the introduction of the first oriental scents, including Jacques Guerlain's legendary Shalimar, a concoction of bergamot, iris and vanilla inspired by the love between Emperor Shah Jahan and Princess Mumtaz Maha (the marriage that also gave us the Taj Mahal). 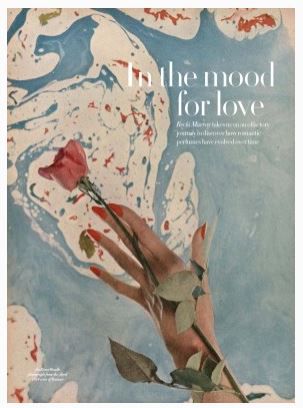 An Ernst Beadle Photograph From The April 1954 Iissue Of Bazaar

Then, in 1947, Christian Dior chal- lenged the perfumer Paul Vacher to make 'a fragrance that smelt like love'. Enter Miss Dior, whose cate-gory-defining blend of jasmine, galbanum and rose is still popular today. A year later, Robert Piguet would follow suit with the launch of Fracas, the classic carnal tuberose scent — an ode to female sexuality and empowerment.

As love became more adventurous, so did perfume. The sexual libera-tion of the Sixties ushered in a vogue for heady musks and flower oils, notably patchouli. From there, the mood only became more provocative: during the Seventies and Eighties, YSL's Opium, Calvin Klein's Obsession and Dior's Poison were all designed to attract atten-tion from across the room, mirror-ing the powerdressing of their time. And the post-millennium boom in celebrity and designer-led fra-grances prompted efforts to bottle the addictive sweetness of passion through the use of gourmand notes, Thierry Mugler's Angel first among them.

More recently, though, the olfactory volume has been lowered, as the heyday of 'sex sells' fades and a less erotically charged expression of sentiment — focusing on perfumes that make us feel good about our-selves — comes to the fore. As we learn to celebrate individuality and embrace a more fluid approach to identity, we are seeing a surge of in-terest in niche creations that do not fall into stereotypical fragrance families, as well as a resurrection of the unisex trend. Traditional florals are also being reinvigorated, with newer iterations of classics includ-ing Miss Dior Rose N'Roses and Estee Lauder Beautiful Belle re-ex-amining the power of everromantic rose; at the same time, a return to vanilla and creamy woody bases is allowing gourmand scents to shake off their sugary reputation. Fra-grances feel refreshed, and the best examples — including the updated Chanel Coco Mademoiselle, Glossier You and the Iso E Super ingredient used in the perfumer Geza Schoen's brand Escentric Molecules — linger like an embrace. As physical — and emotional — isolation continues to define modern life, the scents we find most sensual are no longer shouting the loudest, but tempting others to move a little closer...