By Andrew Liszewski via Gizmodo 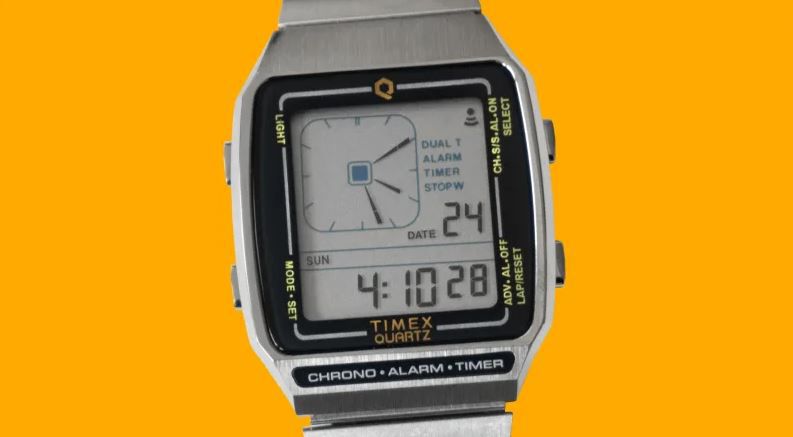 It’s hard to be a kid obsessed with gadgets when you’re lacking a disposable income, but as a child of the ‘80s and ‘90s, one of my earliest attainable electronic obsessions were digital watches. I grew up in a time when companies like Casio and Timex were competing to cram as many features into their timepieces as possible and I reveled in the one-upmanship, and though I had little use for most of those features, I still had to have them.

The first mass-produced digital watch (at least as we know them today) was the Pulsar P1 co-developed by the Hamilton Watch Company and Electro/Data Inc. Released back in 1972, the watch sold for $2,100 (roughly the equivalent of $13,000 today) and its inefficient glowing red display was so power-hungry that it only displayed the time when a button was pressed. Form trumped function, but history would repeat itself decades later with the power-saving features on the Apple Watch that kept its screen off most of the time. 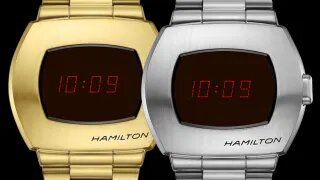 However, the real potential of digital watches was revealed just a few years later when in 1976 Hamilton released the Pulsar Calculator Watch with buttons so tiny a pen or stylus was needed to actually press them, while HP released its Hewlett-Packard HP-01 that expanded the functionality of a digital watch with a calculator, stopwatch, timer, and an alarm clock. The HP-01 is often considered to be the world’s first smartwatch, and it started a digital watch arms race that continued for decades as watchmakers struggled to convince consumers (many of whom still considered watches a fashion accessory) on the benefits of the new digital alternatives.

After owning a series of basic and forgettable digital watches that offered the standard time and date functionality (and I’m sure images of Transformers or Thundercats on the face) I secured my first calculator watch sometime around grade six which was a $10 off-brand Casio clone with tiny rubber buttons and a basic nine-character LCD display. It was so cheaply made it shouldn’t have survived longer than a month, but it was strapped to my wrist for much longer than that—long enough to spark a lifelong obsession with wearables. 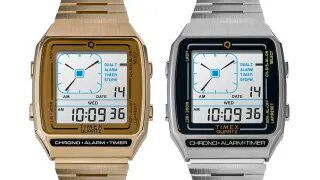 When the novelty of being able to immediately calculate the sales tax on candy, toys, and video games wore off, I started budgeting birthday and Christmas money for watch upgrades, and after a series of incremental upgrades, I secured what both the younger and present day versions of me consider to be the pinnacle of calculator watch innovation: the Casio Databank. I don’t remember the exact model, but Casio packed an entire personal organizer’s worth of functionality into that tiny watch, even though its diminutive memory could only store the phone numbers for just 50 contacts (which was, at the time, approximately 45 more phone numbers than I actually needed to remember).

The Casio Databank could also tell me the time all around the world, remind me of upcoming (non-existent) appointments through an on-screen calendar, display alpha-numeric characters on its tiny screen, and it even had a big button on the face for illuminating an electroluminescent backlight. At the time it felt like strapping a gadget from James Bond’s toolkit to my wrist, but the Casio Databank actually only represented a fraction of the functionality digital watch makers managed to squeeze into their timepieces. It was like the wild west where anything goes as far as features went, even if no one really wanted that feature on a watch.

Casio upgraded its various digital watch lines over the years with other features including the ability to automatically dial a number by holding the watch up to a phone (imagine the time you’d save not having to press seven buttons!), extremely limited voice recording capabilities, and even automatic time setting synced to atomic reference clocks (known as the company’s Wave Ceptor series). In June of 2000, Casio even released the WQV-1 which was the first digital watch to incorporate a digital camera. It evolved from snapping low-res grainy black and white images to snapping low-res grainy color images, but looking back at the watch, it’s easy to understand why it’s a feature not found on modern smartwatches.

Timex brought its own questionably useful innovations to the digital watch party, including its Datalink series which could be synced to personal organizer software running on a desktop computer. It preceded technologies like Bluetooth and even USB ports, so in order to sync with the software the watch included a light sensor on the front that could interpret a series of flashes on a PC’s screen encoded with data. It was a little cumbersome, but it worked, and unlike Casio’s solutions, it saved the user from having to tediously enter contact information or meeting details on a tiny wrist-worn keyboard.

As with most technologies that thrived during the ‘80s, ‘90s, and early ‘00s, feature-packed digital watches were eventually rendered less useful with the arrival of PDAs, cellphones, and eventually the smartphones that few of us go anywhere without now. Digital watches still managed to thrive in niche markets as action sports types and adventurers embraced timepieces packed with a host of environmental sensors, but the data management models from Casio and Timex slowly disappeared and eventually evolved into the smartwatches we know today.

But I don’t get the same kind of James Bond thrill from wearing an Apple Watch as I did my old Casio Databank. It does far more than the Casio ever did, but I don’t interact with it in the same way. It’s just kind of there, delivering random notifications from a smartphone stashed away somewhere else. My Casio digital watch was the center of my gadget universe when I left the house, the focus of all of my attention, and even if I had little use for most of its functionality, I was still excited to have it, just in case I had to pull up a random relative’s phone number and be the hero of an emergency that never ended up happening.