How women claimed their place in America’s history books

By Erin Blakemore via National Geographic 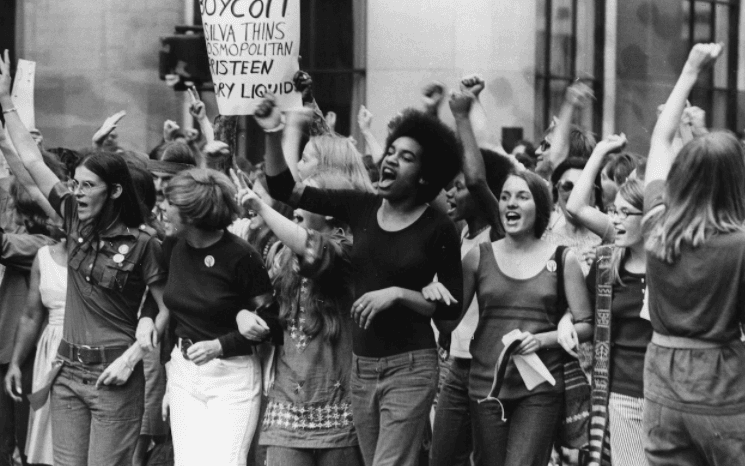 Observed throughout the United States since the 1980s, Women's History Month was born out of a feminist push for equal access to jobs and education—one of the main demands of the Strike for Equality march that filled New York City streets to capacity on August 26, 1970.

Frustrations over the exclusion of women from America’s national narrative boiled over in the 1970s—leading to the creation of Women’s History Month.

Women have always been part of history. But for centuries, their participation in it was overlooked: Early history texts often excluded women altogether, aside from accounts of powerful women like queens. Historians—who were almost entirely men—often saw the past through the lens of the “great man” theory, which holds that history is largely shaped by male heroes and their struggles.

That changed in the 20th century, with the birth of women’s history as an academic discipline, a push to recognize the achievements of women—and a movement to ensure women had equal access to the academic institutions where their history might be taught. In the United States, the result was National Women’s History Month, an annual celebration born from the activism of historians intent on making sure women got their due.

(These stories highlight a century of change for women.)

The U.S. has celebrated Women’s History Month every March since the 1980s. Here’s a look at how it began—and the obstacles its founders faced along the way.

In the mid-20th century, a burgeoning women’s rights movement begged to differ with the “great man” theory of history. Although women historians had been excluded from the profession by virtue of their sex in the 19th century, a group of feminist historians began to search for traces of women of the past. 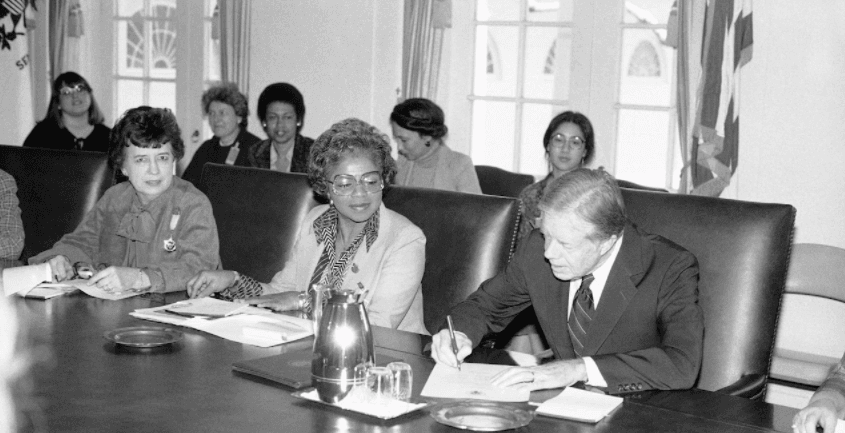 Women did not appear in history books in the same ways men did. Historians had largely overlooked their letters, diaries, and other materials, and passed over their contributions and importance to society. A few exceptions included Mary Beard, who wrote a series of books about American women and their historical agency; and Eleanor Flexner, who wrote Century of Struggle, a pioneering 1959 work about the American suffrage movement. But as the women’s liberation movement gained strength, feminists bristled against the pervasive lack of women’s stories in their history books.

“In my courses, the teachers told me about a world in which ostensibly one-half the human race is doing everything significant and the other half doesn’t exist,” Gerda Lerner, a historian at Sarah Lawrence College in Yonkers, New York, told the Chicago Tribune in 1993. “This is garbage, this is not the world I have experienced.”

Lerner began teaching women’s history in the late 1960s and eventually joined colleagues at Sarah Lawrence who were creating the nation’s first master’s degree program in women’s history. These fledgling historians looked for traces of noteworthy and ordinary women, highlighting issues like race, sexuality, and patriarchy and arguing for the importance of women’s contributions to politics, the sciences, and other fields. Though the small cadre of historians “could have fit into a telephone booth” at first, in Lerner’s words, they were bolstered by a growing number of women’s liberation activists.

As a graduate of one of the newly founded women’s studies programs at California’s Sonoma State University in the 1970s, educator Molly Murphy MacGregor asked the same question as Lerner and others. Administrators at the high school where she taught had tried to pressure her to cancel a class on women’s history, arguing that there was simply not enough material to fill six weeks of instruction. Textbooks that did cover basic women’s history buried it—for example, one text said Congress gave women the right to vote in 1920 without mentioning the work of pioneering suffragists who fought for that civil right. 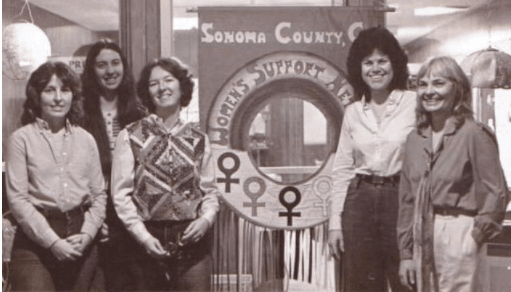 COURTESY OF THE NATIONAL WOMEN'S HISTORY ALLIANCE
Where were the women? she wondered. “The history of women in the United States seemed to be written in invisible ink,” MacGregor recalled in a 2020 PBS documentary.

The first Women’s History Week
MacGregor was spurred to action. In the late 1970s, she put together a slideshow on the history of American women in areas like politics, environmental activism, and the abolitionist movement and was amazed at the response. Students came away from the presentations with newfound pride and an interest in the stories of women like Harriet Tubman and Rachel Carson.

But when MacGregor learned that students rarely checked out or were assigned the tiny assortment of women’s history books available in local elementary schools, she took action by joining the Sonoma County Commission on the Status of Women.

The commission had been created in 1975 and tasked with eliminating gender discrimination and prejudice. One of its goals was to help Sonoma County schools comply with Title IX of the 1972 Education Amendments—a landmark law that protects people from discrimination based on sex in any educational program that receives funding from the federal government. 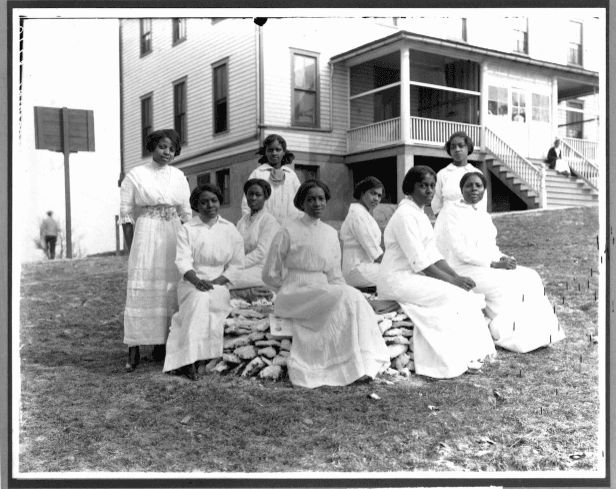 In 1909, Nannie Helen Burroughs opened the National Training School for Women and Girls, offering a curriculum of vocational and academic training for African American women. For much of U.S. history, women and people of color were denied equal access to education—and created their own opportunities instead. PHOTOGRAPH BY LIBRARY OF CONGRESS, CORBIS/ GETTY IMAGES

MacGregor and others on the commission felt that the lack of women’s stories in educational materials constituted a violation of Title IX, creating an inequitable gap that exacerbated unequal treatment of the sexes.

In response, they proposed that the community host a women’s history week. Timed to intersect with International Women’s Day, a global celebration of women held annually on March 8, the first-ever Women’s History Week kicked off with a parade, a presentation, and distribution of curriculum materials for local schools.

The push was far from universally liked. “We were dismissed as being self-serving men haters,” MacGregor told the PBS documentarian in 2020. But the celebration elicited a landslide of interest from women around the country. Suddenly, a local commemoration ballooned into a larger push to celebrate women’s history on a national scale. The group quickly coalesced into the National Women’s History Project (now the National Women’s History Alliance).

Federal recognition of women’s history
As it equipped teachers across the nation with materials and curricula on women’s historical achievements, the NWHP also began to lobby the federal government to recognize women’s history. Their first victory came in 1980, when President Jimmy Carter declared the first National Women’s History Week from March 2 to 8. “Understanding the true history of our country will help us to comprehend the need for full equality under the law for all our people,” he said in an address.

In the years since, the push to recognize and include women in the study of history has continued. In 1999, a national women’s history commission created by President Bill Clinton recommended initiatives to find “hidden women” in museums and archives, establish statewide women’s history initiatives, and incorporate women’s history more extensively in educational curricula. Historians also began unearthing the contributions of historically marginalized women, going beyond white, cisgendered, heterosexual women to explore the vivid stories of women across society.

But the work continues. A 2017 survey by the National Women’s History Museum found that state educational standards overemphasize women’s domestic roles and overlook the breadth and depth of women’s history. Still, there’s reason to hope. After all, the effort to recognize women of the past is one of persistence and creativity. As MacGregor recalled in an oral history in the early 2000s, “The real story is we said “OK, this is a challenge, and what are we going to do with it?”