Here's how to recognize the role you might play in creating an unhealthy dynamic. 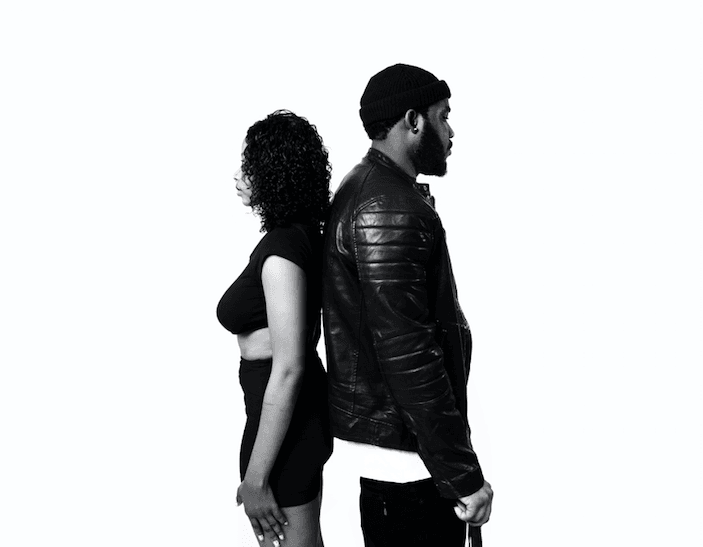 “Toxic” has become a buzzword in relationship discourse these days, with countless articles, videos and social media posts about how to spot a potentially problematic partner and get yourself out of an unhealthy relationship.

“When working with couples, I would define toxic relationships as ones where there are consistent patterns of harmful behavior occurring between the two individuals,” said Grace Choi, a marriage and family therapist at Act2Change Therapy & Wellness Center in Atlanta, Georgia.

She noted that these unhealthy patterns tend to emerge when either partner feels unsafe, unsupported or unacknowledged ― or even attacked or controlled.

“What often contributes to ‘toxicity’ in a relationship is when one or both individuals fail to take responsibility for how they have contributed to the breakdowns in their communication and connection,” Choi said. “Toxic relationships can be repaired, but take time and commitment by both individuals.”

Although content about toxic relationships often focuses on the signs of toxicity to look out for in others, the reality is that you might also play a big part in creating an unhealthy dynamic with your partner.

So how can you recognize if you’re the toxic one in a relationship? Below, Choi and other experts share the signs to look for in yourself and advice for improving the situation.

You don’t communicate openly.
“There are multiple behaviors that could indicate that you are a toxic partner,” said Steve Alexander, a licensed mental health counselor at NY Wellness. “One example is an inability or unwillingness to communicate openly — i.e., shutting down.”

“Perhaps you tend to pick petty fights rather than addressing an issue head-on while consistently putting your needs before your partner’s,” said Noorhayati Said, a New York City-based psychotherapist.

Instead of avoiding direct communication, take the time to talk to your partner about conflicts that arise, discuss the root of the problem, process it and try to reach a resolution.

“In a toxic relationship, feelings of love and admiration are replaced with feelings of resentment, jealousy and low self-esteem,” Said noted. “Ask yourself, ‘Do I build my partner up with compliments or tear them down with insults?’ Consistently criticizing your partner will make an insecure person feel more powerful or smarter in the moment.” 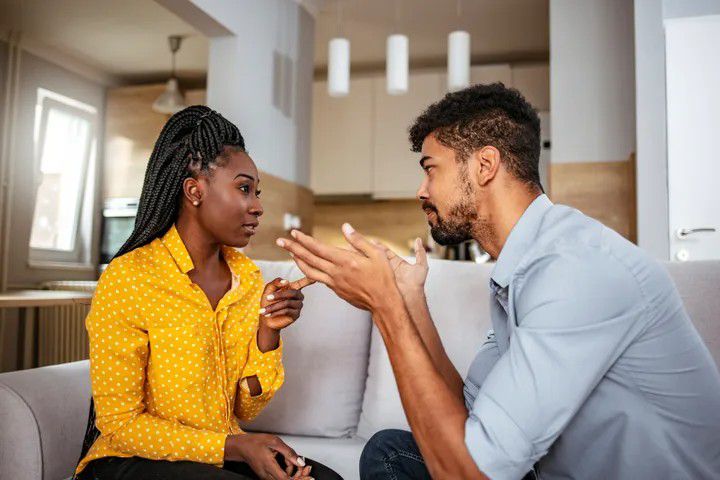 Take note if your negative emotions tend to overcome you, causing you to lash out at your partner.

She noted that emotions like jealousy are driven by low self-esteem or fear of abandonment, and it’s a problem if you aren’t willing to explore the past experiences that may have led to these insecurities.

“If you are showing up in a harmful way in your relationship, you may find that you are constantly on edge — always on the brink of saying something hurtful,” said Choi. “Unprocessed emotions can lead to ‘toxic’ behavior patterns, such as lashing out at your partner or shutting down ― stonewalling. If you notice times where you have taken your emotions out on your partner, it could be a sign that you need to strengthen your ability to emotionally self-soothe.”

She suggested trying out emotional self-soothing techniques like journaling about your thoughts and feelings, going for a mindfulness walk to calm down or going to therapy for professional support.

You have unspoken expectations.
“Have you had times where you felt your partner should just know what you need without having to ask?” Choi asked. “Have you lashed out, saying something like, ‘How could you not know what I need right now?’ If you find yourself doing this often, you may be exhibiting toxic relationship behaviors.”

Try to understand that you and your partner bring different experiences into your relationship, so your needs and desires likely won’t be identical.

“Unspoken expectations can leave your partner feeling as if they are navigating a minefield each time they interact with you, unsure of who or what they are going to get,” Choi said. “Assuming that our partner can ‘read our minds’ or should ‘just know’ what we need puts a lot of undue pressure on the relationship.”

It’s unfair to hold onto expectations without discussing them. Use assertive language, not shame or criticism, to express your wants and needs.

You want full control.
“Wanting to have control in a relationship is a normal feeling, from time to time,” Choi said. “However, when this feeling goes unchecked it can lead to toxic or harmful behavior patterns in your relationship.”

Many people seek control in their romantic relationships to achieve balance and comfort when other aspects of their lives feel out of whack. Consider if this resonates with you and if you might be making your partner feel trapped or hurt as a result.

“Controlling behaviors — such as controlling finances, how your partner spends their time and with whom, wanting them to behave in a certain way — will often start out more covertly, possibly by complaining and “suggesting” that your partner behaves in a certain way and eventually turns more into demands and expectations,” said Elizabeth Fedrick, a licensed professional counselor based in Arizona.

Your desire for control might also cause you act more clingy, possessive or codependent.

“Toxic partners often find themselves lying and hiding from their partner while also remaining fiercely codependent,” Said explained. “Codependency is a form of passive manipulation motivated by fear. The only objective is to achieve power in the relationship.” 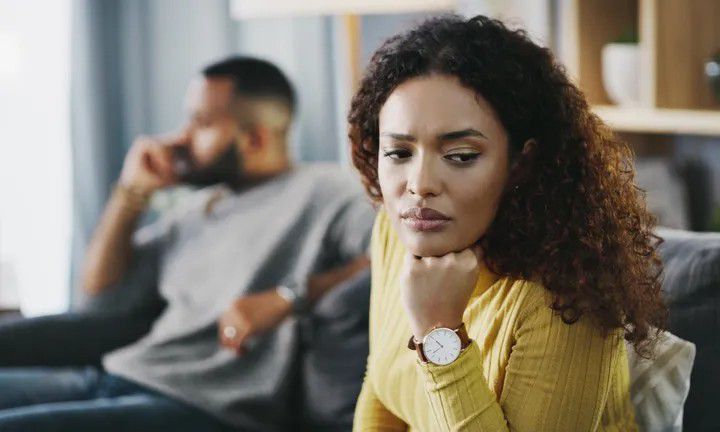 A lack of self-awareness is a toxic quality in a relationship.

You display a pattern of maladaptive behaviors.
“Something that could indicate you are a toxic partner in your relationship is considering if you are engaging in any behaviors that could be deemed abusive (physically, mentally, emotionally, sexually), intentionally neglectful, manipulative, controlling, or if you are actively participating in a toxic cycle of maladaptive behaviors.” Fedrick said.

She noted some common maladaptive behaviors include repeated violation of boundaries, love bombing (giving excess compliments and gifts to gain power in a relationship), bread crumbing (offering only small morsels of interest), public embarrassment, and lack of ownership or remorse for one’s missteps.

“‘Double bind’ is a technique used generally during conflict in which someone is presented with two mutually undesirable options and are put in a position to have to choose one, but either way, they will lose or be deemed the ‘bad guy,’” Fedrick added. “Covert abuse refers to less obvious forms of control and manipulation — gaslighting and less apparent psychological nuances.”

Consider also if you feel like you always need to be right in a disagreement, if you ever blame your partner for your own behaviors and choices, if you frequently play the victim or martyr role, if you make empty promises, or if you and your partner are in a bad cycle of “intense infatuation, intense conflict, breaking up, not resolving the issue, and then back to intense infatuation,” Fedrick said.

Tracy Ross, a couples and family therapist in New York City, also pointed to repeatedly breaking up and getting back together as indications of toxic tendencies on your part.

“There might be a pervasive lack of trust — constantly questioning and never being satisfied or letting the other person know you believe them,” she said. “You might be creating an environment of constant drama — then wooing them back — which is crazy-making behavior.”

You lack self-awareness.
“One of the major indicators of toxicity is a lack of self-awareness,” Alexander said. “By this, I mean an unwillingness to examine how your attitudes, beliefs and behaviors affect your partner. This does not mean you have to be perfect. It just means be willing to critically assess yourself and how you engage with others.“

Recognizing your own unhealthy or toxic tendencies is the first step to making a change.

“Reflect on prior toxic relationships or your childhood,” Said advised. “Toxic behaviors in a relationship are usually learned. Unhealthy relationship modeling from parents, abuse or neglect set the framework for all future relationships.”

Spend time on self-reflection, take accountability for your behavior, listen to feedback from your partner and loved ones and identify actionable goals.

“The simplest way to achieve this is through working with a therapist who can help you identify patterns in your behaviors and ways of thinking,” Alexander said. “However, you can develop this on your own by becoming curious and compassionate with yourself. Curious meaning to notice and ask yourself what causes you to respond in ways that are unhelpful to your relationship and compassionate meaning to not be too hard on yourself as you’re learning to improve.”