How To End Trump’s Conspiracies

By David French via Time 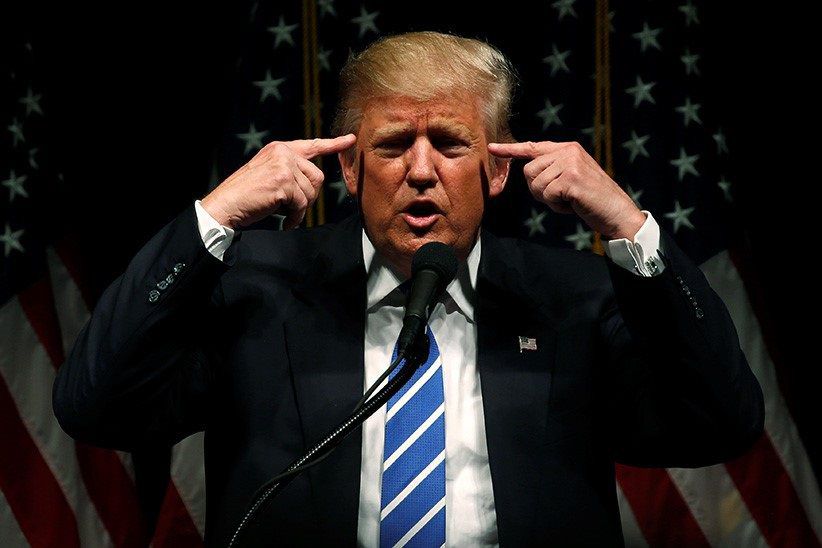 Weeks after the votes were counted and winner named, two realities are clear. First, Donald Trump is growing increasingly unhinged in his quest to retain his grip on power. Second, only conservative media can prevent vast segments of the GOP base from descending further into the President’s miasma of conspiracy theories.

He cited the Trump-friendly One America News Network as the source for his explosive claim, but it’s pure and utter nonsense. As the Associated Press reported, a clerical error in a small Michigan county “has snowballed into a deluge of false claims that Democrats have deep ties to Dominion Voting Systems, the company that supplies election equipment to Michigan and dozens of other states nationwide.”

Given the public’s vulnerability to tech-based conspiracies, it’s incumbent upon public officials to be especially careful before making any allegation. But careful is never a word that’s applied to Donald Trump. It’s also not a word that applies to vast segments of conservative media, and it’s conservative media celebrities who truly matter in the fight for truth in right-wing America.

MEMBERS OF THE HOUSE AND SENATE are largely irrelevant to the creation and evolution of right-wing public opinion. Republican politicians have little independent political or cultural influence, and their fortunes depend greatly on remaining in the good graces (or at least staying out of the line of fire) of a specific constellation of media celebrities concentrated in Fox prime time, talk radio and a select group of online outlets like Breitbart or Newsmax. They’re the gatekeepers, and they make or break political careers.

Trump is deeply aware of the importance of maintaining power and influence within conservative media. He’s lashed out at Fox News repeatedly—a transparent effort both to intimidate Fox and to promote those outlets he believes are even more friendly to his presidency and to his claims of vote fraud.

Here’s the blunt reality. As Trump leaves the White House and enters private life, the trail back to moral norms, back to integrity and back to robust and meaningful ideological debate (as opposed to “own the libs” trolling, conspiracy theories and personal insults) will be extraordinarily difficult. After all, conservative media is still dominated by the same personalities and the same outlets.

Moreover, because the election was close, the argument for conservative media to reform itself will have to be moral and patriotic rather than self-interested and pragmatic—made to a community that specifically scorns norms and often mocks arguments based on character or integrity. Trump lost, but his constituency remains vast. His personal style remains dominant. Imitating him and defending him will remain the path of least resistance.

But the need for courage remains. Conspiracy theories like the Dominion theory Trump tweeted are false. Belief in conspiracies harms this nation. Indeed, we’ve witnessed the high cost of low trust in our nation’s response to the coronavirus. Antimasking ideologies, “just the flu” misinformation and “plandemic” conspiracies have cost lives.

Conservative media was created and thrived in large part because of the realization that mainstream media had glaring blind spots. Fox pledged, for example, to be “fair and balanced.” And while a few publications have stayed true to their purpose, others mainly feed the right’s outrage machine.

Trump’s relentless disinformation campaign raises the question: Is there a line left that angry right-wing celebrities won’t cross? They can help spare this nation an even deeper level of animosity and mistrust. There is no path back to sanity that doesn’t travel at least partway through the very loud voices of the vast right-wing media-entertainment complex.