HOW BUSINESS OWNERS IN GHANA ARE MAKING THEIR WAY BACK

By Kimberly Wilson via Essence Magazine

This article originally appeared in the November/December 2021 issue of ESSENCE magazine, available on newsstands now.

Famous for its rich and colorful culture, lush forests and vibrant people, Ghana is often referred to as the Gateway to Africa. That portal widened to welcome home the diaspora when Ghana successfully hosted the Year of Return, marking the 400th anniversary of the arrival of the first recorded enslaved Africans in the State of Virginia in the United States. A second celebration, called Beyond the Return, was planned for 2020, as the kickoff to a 10-year initiative by the government of Ghana to promote tourism and the homecoming of Africans and Ghanaians from around the world. Unfortunately, COVID halted the campaign’s momentum.

The country, which is situated between Côte d’Ivoire and Togo, was hit hard by the effects of the coronavirus between March and July 2020—and borders were quickly shuttered, preventing the further growth of a campaign that had reconnected so many Black Americans with their roots just the year before. Local business owners who had experienced strong economic growth—tour companies, restaurants and hotels—now fielded one cancellation after another. The economic gains the country had seen as a result of the tourism boost from the Year of Return began to dwindle. The Ghanaian government provided relief to local business owners who needed that lifeline to survive. 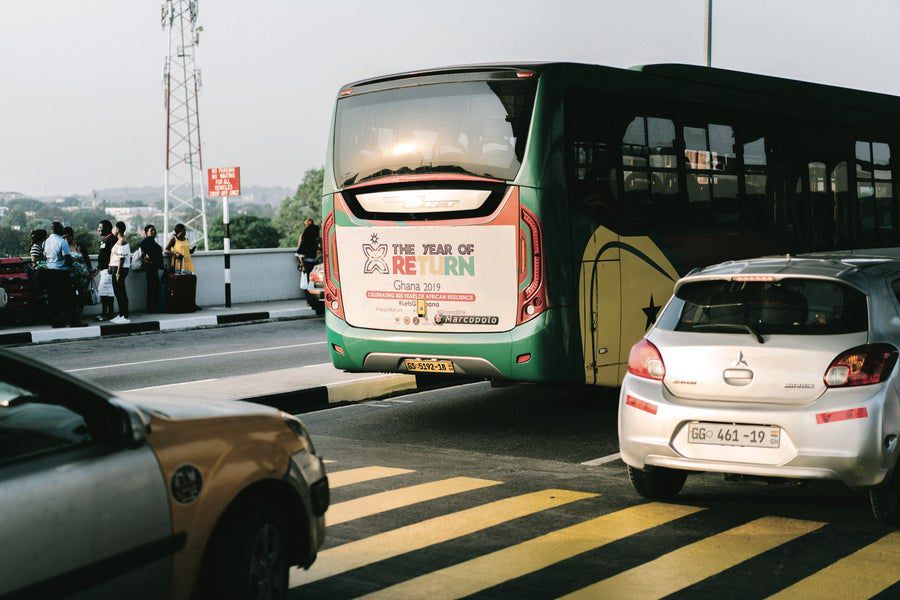 LIKE THE REST OF THE WORLD, GHANA WAS IMPACTED BY THE PANDEMIC—BUT THE COUNTRY IS STANDING STRONG.
| PHOTO CREDIT: JOSHUA KISSI

Nearly two years later, Ghana is ready, willing and able to host travelers again—but it will be a slow journey back to the numbers of visitors it saw in 2019. Despite this, officials are hopeful that tourists will once again choose to travel to the destination. Cultural festivals such as Afrochella became entertainment musts in years prior, attracting celebrities such as Boris Kodjoe, Idris Elba and more; Afrochella will be held this December, while other festivals are being discussed.

The Year of Return wasn’t the first time that Ghana had seen a movement of this nature. The Joseph Project—spearheaded by the late Jake Obetsebi-Lamptey, the nation’s former Minister of Tourism and Diasporan Relations—was a program launched in the mid-2000s that encouraged members of the African diaspora to return “home” to Ghana to explore their African roots. The country was even visited by then U.S. President Barack Obama in 2009. Inspired by the success of that initiative, when the current President of the Republic of Ghana, Nana Addo Dankwa Akufo-Addo, took office, he was committed to inspiring the Ghanaian diaspora to travel back to the country. “We were always looking for an opportunity to see how we could rekindle that flame,” says Akwasi Agyeman, CEO of the Ghana Tourism Authority. “When we reckoned that 400 years was coming, it was just divine. Four hundred years is such a key milestone that we knew it could not pass without commemoration.”

Cape Coast Castle and Elmina, two of the most prominent slave-holding sites in the region, witnessed record numbers of visitors coming to observe these historic, somber locales, which may well have been the last places their ancestors stood before being chained in the holds of ships bound for the New World. “The Year of Return actually became ‘going back to the original,’” reflects Ato Ashun, central regional head of Ghana Museums and Monuments Board. “It was huge. We had never seen numbers like that, especially from the African diaspora.”

“Celebrities came with their social media followings, and that led to even more people coming,” Ashun continues. “We had a lot of bookings coming in, and then this evil pandemic came to be, and everything went dark. From March 2020 to September 2020, we were completely shut down.”

For Ghanaians, the economic impact of the pandemic extended well beyond the tourism sector. “The demographic of people who were not part of the 1 percent—the street hawkers, the people selling water, the people in the market—once the country shut down, with its no outdoor/no working mandate, this impacted regular, everyday people and how they were able to function,” says Nana Eyeson-Akiwowo, founder of African Health Now. A leader in the nonprofit sector, her organization “went into overdrive” in partnering with other groups to provide relief to those who were struggling during this challenging time. 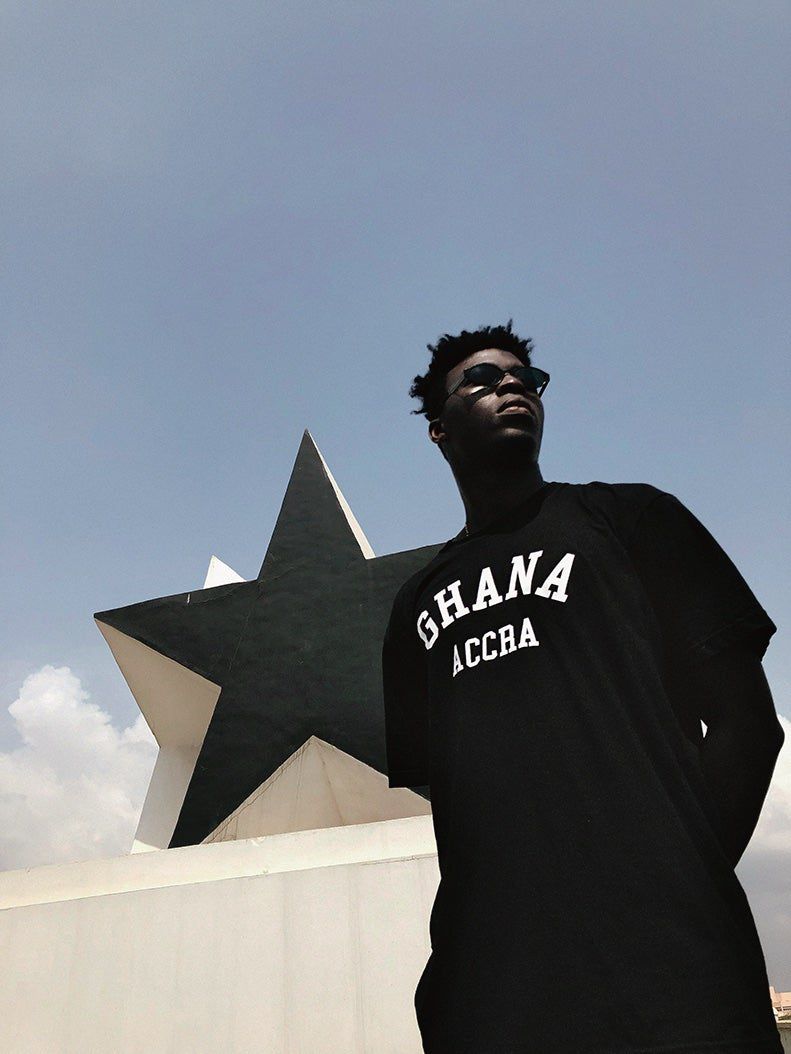 BLACK STAR SQUARE, ALSO KNOWN AS INDEPENDENCE SQUARE, IS LOCATED IN THE CENTER OF THE CAPITAL CITY OF ACCRA.
| PHOTO CREDIT JOSHUA KISSI

The creators of Afrochella had committed to making an economic difference on the continent the year prior, and they honored that even during the pandemic. In addition to rebuilding the Genesis Academy school for orphans—located in Jamestown, a suburb of Ghana’s capital, Accra—they also funded the school-lunch program to ensure that it would be continuously supported. Afrochella founder and CEO Abdul Karim-Abdullah previously said that his larger goal is to invest not only in Ghana but in other parts of the continent.

“The Year of Return raised almost $3.1 billion in tourism revenue for Ghana, and with that resurgence of inbound travel, it presented long-standing opportunities for local businesses to create more jobs for Ghanaian residents,” notes Abdullah. “With this heightened interest and awareness that has been derived from the Year of Return, Ghana can now create more business ventures and opportunities, with economic impact on the present and future of the country.”

For business owners like Mona Boyd (below), Ghana’s tremendous tourism growth didn’t just start in 2019. Boyd moved to the country from the United States in 1993 with her husband and 18-month-old son. She put her stake in the ground when she opened an independent car-rental company, which she still operates as an Avis Rent-a-Car franchise. When tourists who were her customers sought recommendations for cultural immersion experiences from Boyd and her husband, the couple noticed a void in tourism offerings and decided to fill it. After a year of providing excursions free of charge, Boyd monetized the service by starting a travel company, called Landtours Ghana Ltd. 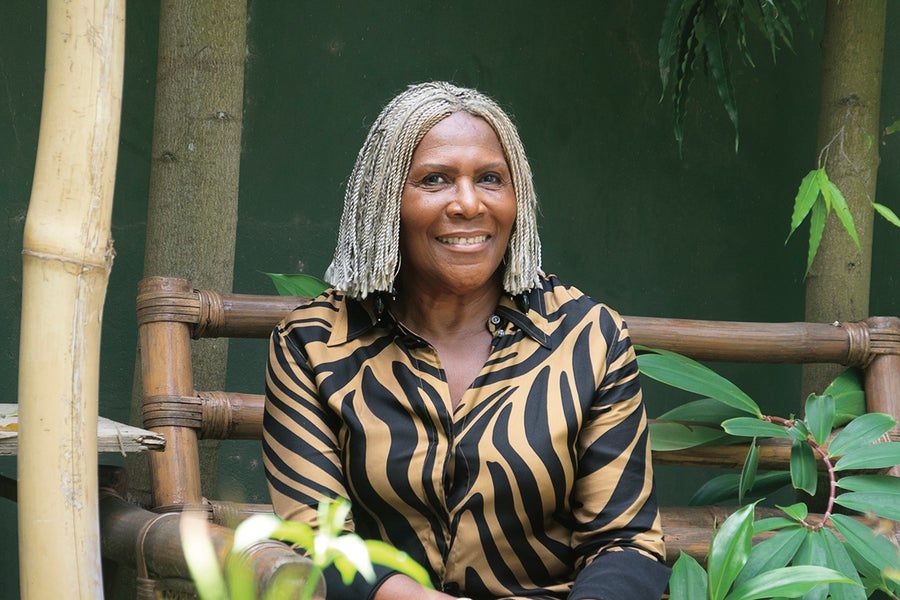 MONA BOYD (ABOVE), AN AMERICAN EXPAT TURNED CITIZEN WHO MOVED TO GHANA IN 1993, STARTED A CAR RENTAL AGENCY AND A TOUR COMPANY, CALLED LANDTOURS. SHE HAS HELPED THOUSANDS OF AMERICANS TO DISCOVER THEIR ROOTS.
| PHOTO COURTESY OF KIMBERLY WILSON

Year after year, she welcomed increasing numbers of American travelers, including many church groups and affinity travelers who wanted to connect with their roots on the continent. The company expanded its offerings even more as visitors sought immersion experiences that allowed them to explore African art, culture, food and leisure. And then the pandemic hit, and everything ground to a halt.

The good news for Boyd is that her Avis franchise is currently back to 80 percent of its pre-pandemic business. Boyd is optimistic. “Landtours is looking really good for 2022,” she says. “This year we made a little bit of money, but 2022 should probably surpass 2019, which was our biggest year in business so far.”

As Boyd’s recent business recovery suggests, not every pandemic story turns out to be a sad one. Ghana’s Sai Wine & Champagne Café, which is located in Ako-Adjei, Osu, features more than 100 varieties of wine and champagne, paired with cheeses and meat. The country’s first such wine bar, the quaint and cozy café saw record growth last year as local Ghanaians sought community there. Established in 2015, the café aimed to introduce wine culture to Ghanaians through its assortments of wine tastings, art shows and gourmet-food pairings. 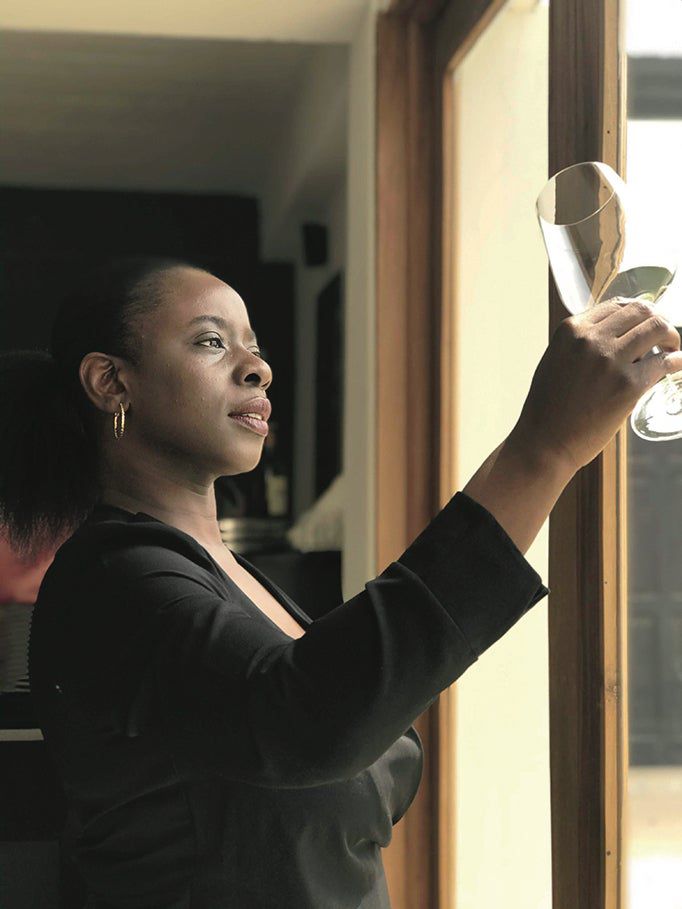 In April 2020, owner Nadia Takyiwaa-Mensah (above) closed the café, in July, she reopened in a new location. “The first three months, we were fully booked constantly,” she says. Takyiwaa-Mensah reflects that people in Ghana craved a sense of connection, and Sai’s intimate and newly renovated setting provided just that vibe. “Pre-COVID, we had a lot of expats who would come to Sai, but now we see more Ghanaians endorsing us,” she says.

Despite all of the challenges of the pandemic, for travelers thinking about taking their first trip or making a return visit to Ghana, the country is waiting with open arms.