Here Is A List Of The Leading Women In ‘Black Panther: Wakanda Forever’

The cast of 'Black Panther: Wakanda Forever' is a league of beautiful strong Black women who protect the kingdom with ferocity. 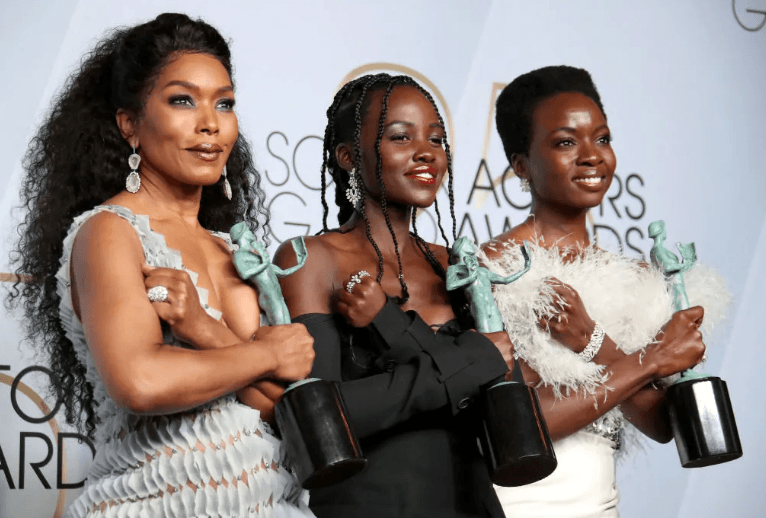 Black Panther: Wakanda Forever is one of the most anticipated sequels in movie history. And for good reason. The first Black Panther film was the third highest-grossing Marvel film (domestically) of all time. And the soundtrack, produced by Kendrick Lamar, is still on rotation. The Black Panther salute became a daily affirmation of royalty while the uniforms of the Dora Milaje became top-selling Halloween costumes. The cultural impact of the franchise is immeasurable.

As fans eagerly await Black Panther: Wakanda Forever, in theaters 11/11, we’re taking a look at the Black women who shape the film. From Angela Bassett‘s character Ramonda — mother of the late T’Challa and his younger sister Shuri — to T’Challa’s love interest Nakia played by Lupita N’yongo, the movie celebrated Black women as the backbones of the community.

We’ve compiled a list of the leading women of Black Panther: Wakanda Forever. These women inspire us, remind us of how bad we are, and demonstrate just how powerful, yet stylish, Black sistas can be. 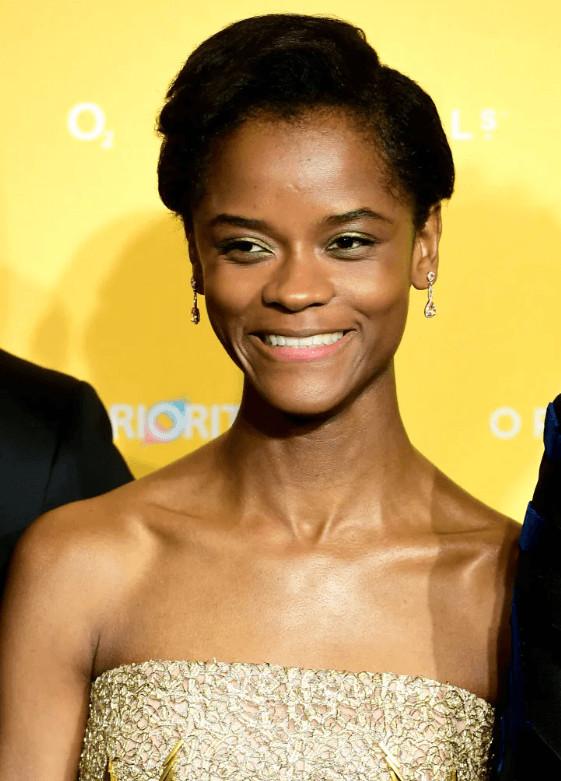 Guyanese-born actress Letitia Wright returns to the screen as Shuri and by the looks of the most recent Marvel trailer will sink her claws into the enemy to protect her people. In an interview with People, Wright revealed she could hear the voice of the late Chadwick Boseman during her most vulnerable moments.

“I will always have moments on set of doubt,” she said. “I’ll be like, ‘Oh man, I don’t know if I can do this.’ I could just hear [Boseman] be like, ‘Sister, you’re great. You got this. I’m proud of you.’ That really just kept me moving forward.”

Passionate about creating meaningful content within the industry, Letitia’s career has spanned over a decade. Her first roles were in shows such as Top Boy, Doctor Who, Chasing Shadows, and Black Mirror.

Letitia has received several awards for her portrayal of Shuri. In 2018, she won an NAACP Image Award and a SAG Award, and in 2019, she received the BAFTA Rising Star Award. 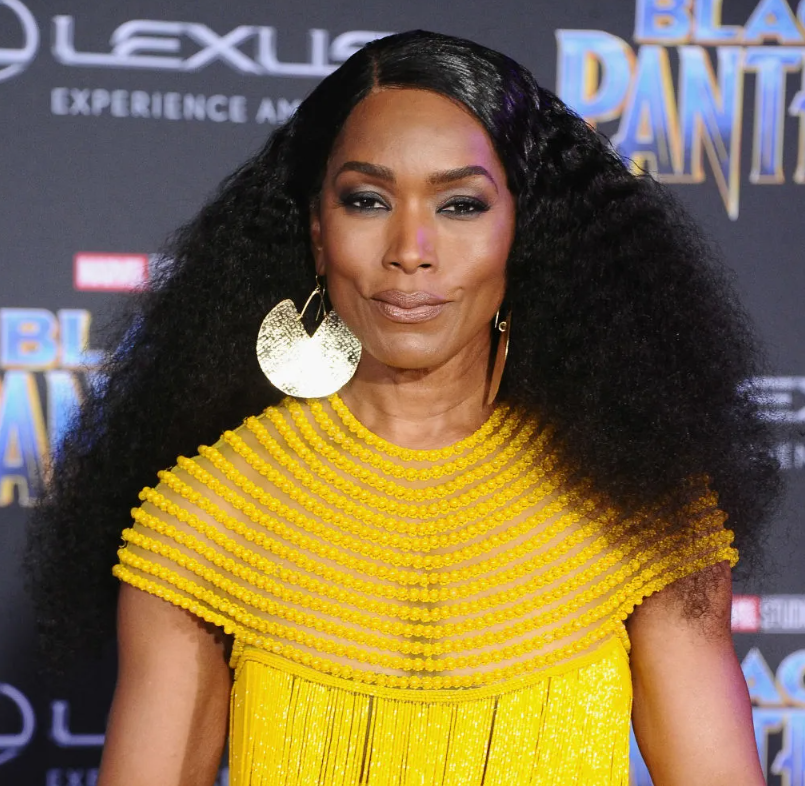 Angela Bassett is set to “give everything” as the matriarch leader, Queen Ramonda, in the movie’s upcoming sequel. It was just as much an honor to the beloved actress to be able to portray Ramonda during her decades-long career.

“I never thought I was going to see that in my day, to get to portray a queen,” she told the EW. “I always joked around and said that I would like to portray a queen one day, but I didn’t really think that would happen. I thought, ‘Hey it’s got to be possible in some mythological, mystical, make-believe world.’ And finally, it’s here — I guess you think these things and sometimes they come true.”

Angela has received an Academy Award nomination and a Golden Globe Award for Best Actress. 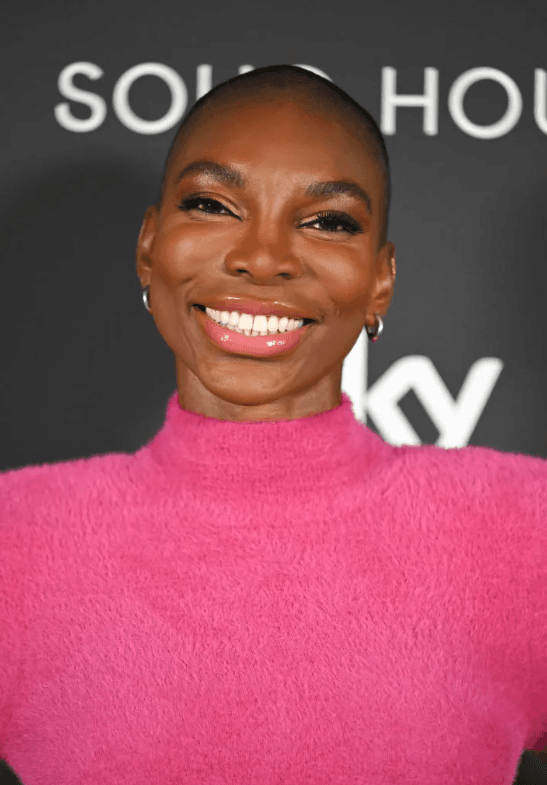 Michaela Coel will be joining the Marvel Cinematic Universe in Black Panther: Wakanda Forever as Aneka — a skilled combat instructor for the Dora Milaje, who represents the LGBTQ+ community. The role is a dream for Michaela as she auditioned for the first Black Panther movie while a student in the UK.

“That sold me on the role, the fact that my character’s queer,” Coel told Vogue. “I thought: I like that, I want to show that to Ghana. [Black Panther] is about representation on a very mainstream platform, about the magic of Africa, the magic of the people, our ancestors.”

Michaela was born in London. She began her arts career at open mic events in 2005. Since then, Michaela’s impact in the arts and entertainment industry has grown. She has appeared in Top Boy, Star Wars: The Last Jedi, and received critical acclaim for the comedy-drama series, I May Destroy You. 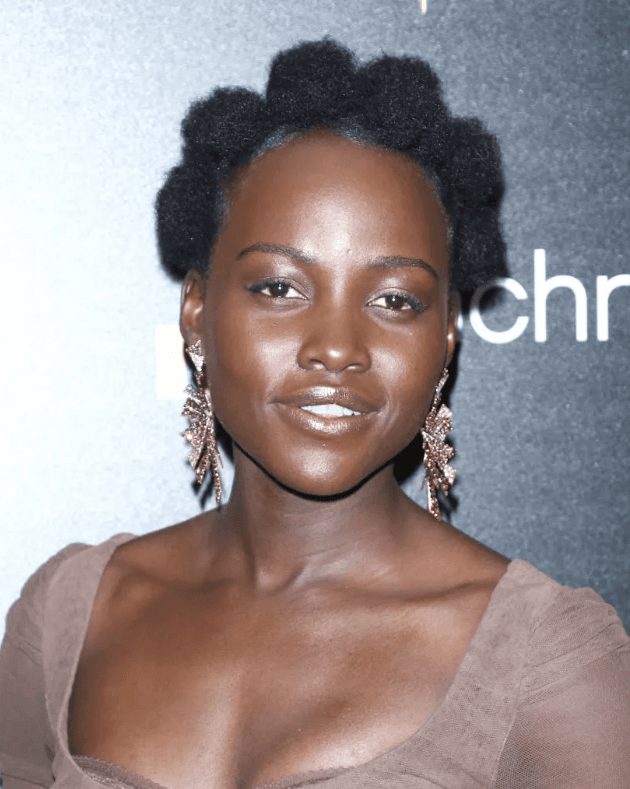 Lupita N’yongo’s return as Nakia is one of the most anticipated reprised roles of Black Panther: Wakanda Forever. Following a strong performance in the first movie – and amazing on-screen chemistry with the late Chadwick Boseman- audiences are waiting with bated breath to see how Nakia will deal with T’Challa’s death while protecting the kingdom against the film’s villain Namor.

In an interview with THR, Lupita talked about the direction of Wakanda Forever in the wake of Chadwick Boseman’s death. “Ryan wrote something that so honored the truth of what every one of us was feeling, those of us who knew Chadwick,” she said. “He created something that could honor that and carry the story forward. By the end, I was weeping.”

Starting her career in the early 2000s, Lupita has appeared in several projects and has received many awards including an Academy Award, a Daytime Emmy Award, and two Screen Actors Guild Awards. The actress is also known for her red carpet style and flair. She has appeared on the list of “Best Dressed” for many awards shows, parties, and galas, and often wows with bold colors and classic, yet daring silhouettes. 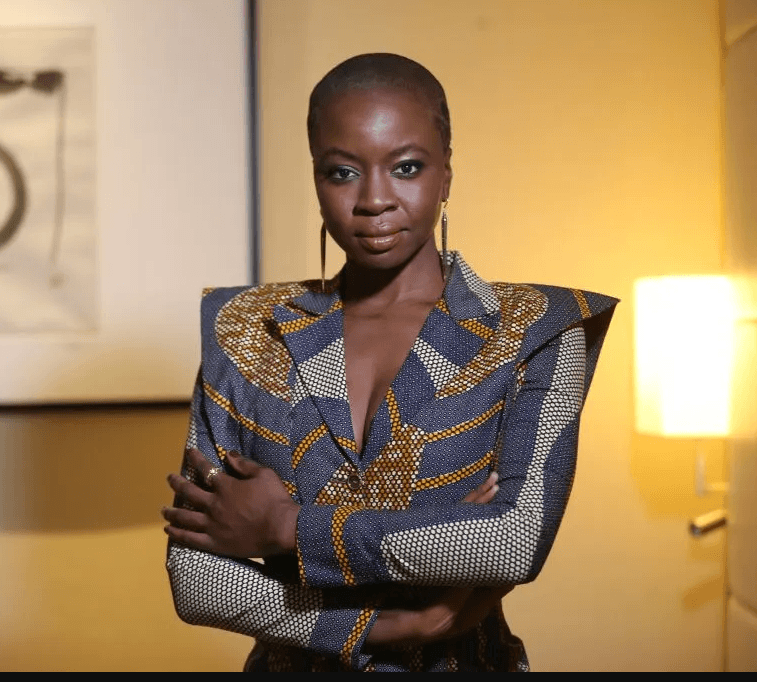 Known for her roles in Black Panther and the hit series, Walking Dead, Dana Gurira returns as Okoye in the sequel. Okoye is a Marvel Comics character known to be a protector, and in the first film, Dana played guarded her king T’Challa with fierce loyalty. Gurira also hopes Wakanda Forever touches the heart of fans like the cast intended it to.

“We hope… that it resonates for everybody the way it does for us,” she said. “It’s all about [Chadwick] for all of us. It’s all an outpouring to love and honor him.”

Zimbabwean-American, Dana started her art career in the theatre. In fact, she taught playwriting and acting in Liberia, Zimbabwe, and South Africa and received her Masters in Fine Arts from New York University.

Outside of acting, Dana is known for her activism. She is currently a UN Woman Goodwill Ambassador and has received multiple awards for using her platform to act and create meaningful change. 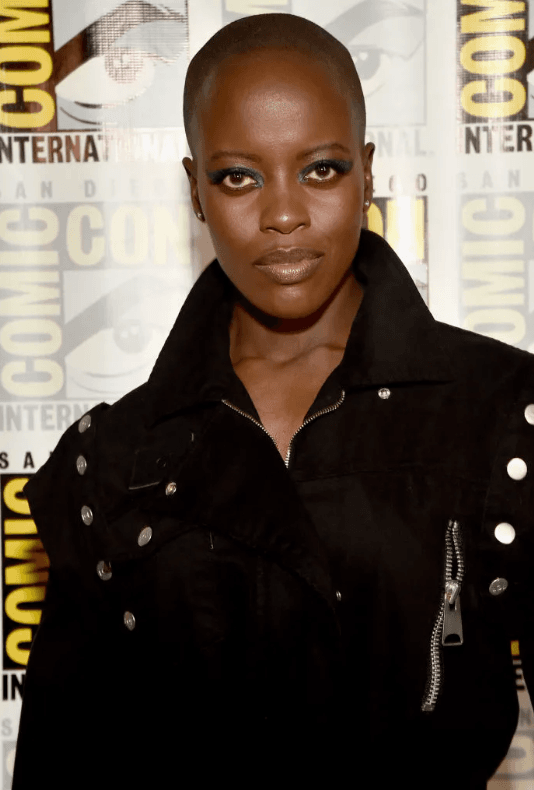 German Actress Florence Kasumba graces the screen as Ayo, the second-in-command in the elite team of Dora Milaje tasked to protect T’Challa and all of Black Panther: Wakanda Forever. Marvel fans will quickly recognize Florence because of her multiple roles in the franchise’s films. From Captain America: Civil War, Avengers: Infinity War, and The Falcon and the Winter Soldier to Black Panther, her character has a presence across the MCU.

“She’s a woman I love playing because these women are so highly skilled,” she said in a 2018 chat with BlackFilm.com. “They are the bodyguards of Black Panther, the royal family. They put the country and the royal family before them and that is something that I really liked about the movie. It’s about the bigger picture. That’s what I loved about the character. I also loved their look. Where can you be a woman with no hair?”

Florence was born in Uganda and has spent much of her time where she resides now in Germany. She has a degree in acting and singing and has appeared in several musicals such as West Side Story and Cats. According to her website, next to acting, her personal passion is martial arts such as Kung Fu and Tai Chi. 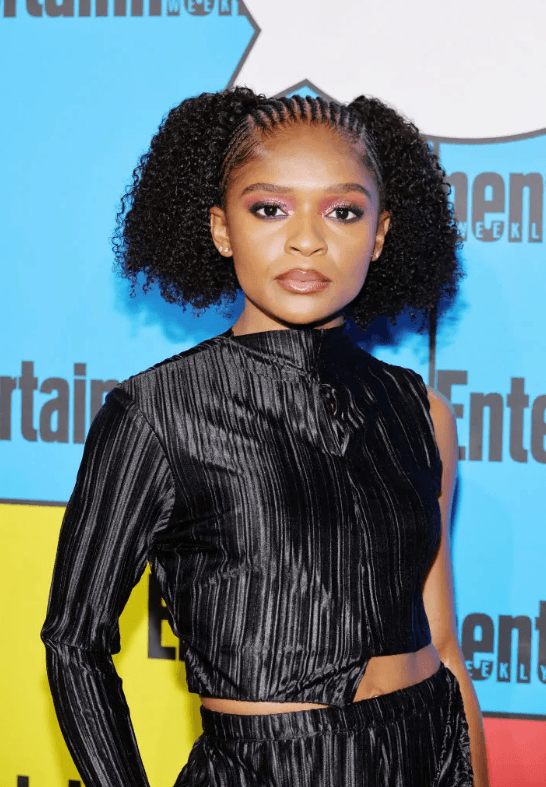 Dominique Thorne is a newbie on the MCU scene, but her presence as she teams up with Shuri will be felt. Thorne is set to light up the screen as Ironheart, a new Marvel character inspired by Iron Man, who is determined to emulate him and become a superheroine in her own right. Dominique’s character is rumored to be a cameo, but we look forward to seeing what is more to come of this character.

She brings a different type of energy, but she also has some similarities to characters that we’ve seen in this universe before,” Ryan Coogler, Black Panther director, explained to The EW. “The film deals with a lot of things, but one of them is foils — people who exist in contrast, but there’s a thread of similarity. In this film, we get to see Shuri meet someone who has some things in common with her but is also very, very different.”

Audiences may recognize Dominique from the popular 2018 film based on a James Baldwin novel, If Beale Street Could Talk. In the film, Dominique played Shelia Hunt, the younger sister to the main character, Fonny Hunt. Dominique played a Black Panther in the movie, Judas and the Black Messiah. Dominique is Trinidadian and a New Yorker.