Has the pandemic screwed your relationship with food? 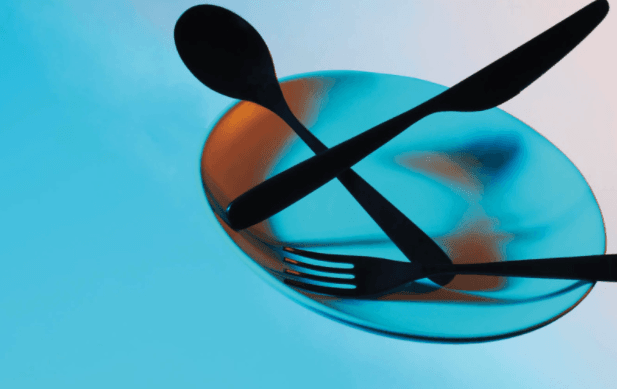 Eating disorders are on the rise, and the last year of lockdowns has further increased the pressure. So what can you do if you’re one of many who feels their food habits are on a slippery slope? Ally Head reports

Having moved out of a flat in an area that she loved in March last year, Jiana Smith found herself living alone and locked down.

As chaos swirled, the 20-year-old began to exert control over the only thing she felt she could – her calories. “The lockdown, and the pandemic overall, made me feel like I was losing my grip on my life, so I challenged myself to see how little I could eat,” she explains. “I tracked my calorie intake in a notebook. Sometimes, I was euphoric about losing weight, but more often than not I found myself anxious and mentally exhausted.”

The COVID-19 lockdowns triggered a spike in mental health issues – such as stress, anxiety and low mood – among UK adults.* For some, like Jiana, these issues manifested as eating disorders (EDs). Being unable to work or see friends meant that she saw lockdown as an opportunity to “better” herself.
“Unfortunately, ‘bettering myself’ translated to starving my body and an obsession with losing weight,” she says.

Jiana is far from alone. Statistics from eating disorder charity Beat paint a worrying picture. In November, they saw a 140% increase in demand for their helpline services compared with February 2020, pre-pandemic. As of December, they’d noted a 179% increase in people contacting them via social media. “Coping with extreme changes to routines and living situations, as we all have this year, has the potential to be incredibly triggering,” says Jess Griffiths, Beat’s clinical lead. “Eating disorders thrive on secrecy, and it’s much easier to conceal symptoms and behaviours when you’re not frequently seeing other people.” 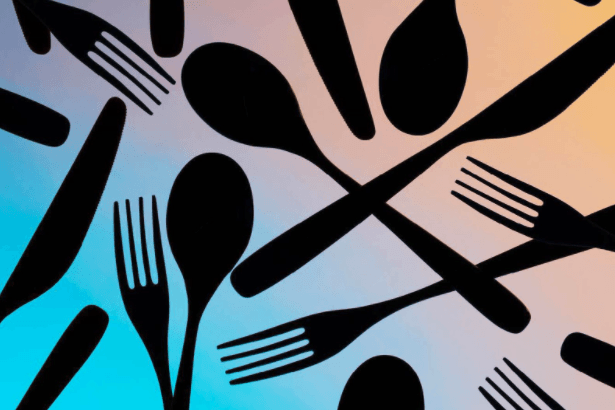 A complex issue
The stress of living through a pandemic led many to develop habits consistent with disordered eating. “Eating disorders are fundamentally a coping mechanism,” explains chartered psychologist and eating disorder specialist Dr Rachel Evans. “Lockdown also left a hole in many people’s lives, and for some it was filled by thoughts about food, body image and exercise.” This turned out to be a dangerous combination for many. “Clients tell me dieting and counting calories can be a distraction from everything else that’s going on,” Dr Evans adds.

For some people who had a pre-existing or underlying ED, lockdown brought the issue to the fore once again. “Eating disorders are complex mental illnesses, so lockdown wouldn’t be the sole reason for someone developing one,” Griffiths explains. “However, the stress and upheaval it caused could have triggered eating-disorder behaviours in those who were already unwell or vulnerable, and even in those who considered themselves to be in recovery,” she says.

That’s what happened to Molly,† 21. Despite struggling with disordered eating in the past, she says she felt “stable” when first asked to stay at home in March 2020. “I coped well during the first lockdown, but as restrictions eased and the world started to open up again, it all caught up with me. I struggle with bulimia, and it crept back into my life, quickly getting worse,” she says. “Autumn and winter felt endless. All of my university tutoring was online. I had no sense of routine, no support, and zero structure. I thought bulimia was helping me to cope, but soon it spiralled into something that controlled me.”

Spot the signs
If you’re worried that you or someone you know may be suffering from disordered eating, a key signal to look out for is a need for control. An individual may feel they have to eat the same things, the same number of calories or at the same times every day. Others may get stuck in a cycle of bingeing and purging. Dr Evans has a number of clients who started a “health kick” during the first lockdown, which she says then developed into an obsessive way of controlling their food intake and exercise regimes – and, in turn, feelings of uncertainty. “They said that at first it felt like a choice, but they then became stuck in these habits,” she explains.

Another red flag? Feeling emotional distress or guilt around eating certain foods believed to be “bad”, says registered associate nutritionist and nutritional therapist Isa Robinson. She also cites “cutting out food groups without medical or religious reasons, and new obsessions with ‘health’, ‘fitness’ or ‘wellness’ at the expense of everything else” as concerning signs, and advises to watch out for “small behavioural changes like irritability, poor sleep and concentration, and a reduced desire to enjoy food or meals with others”.

Remember, too, that eating disorders can affect anyone – and they don’t always present the way you might expect them to. Molly’s didn’t, but she knew she needed help. “I’m still a normal, healthy weight,” she explains. “There’s a stereotype that everyone with an eating disorder is underweight, which isn’t the case. The majority of people aren’t, but the stigma makes it harder to justify, both to yourself and others, that you need help.”

Help is out there
If any of these feelings or behaviours apply to you, know this: you’re not alone. The key thing, all three experts stress, is getting help early. Molly reached out to her GP, and is receiving help via a local eating-disorder service and seeing an occupational therapist who specialises in ED recovery. “Waiting lists are long, so speaking to someone early is key,” she says. “If you later feel you don’t need the service you’ve been referred to, that space can quickly be given to someone else.”

For Jiana, admitting that her eating had become disordered and speaking about it more openly has been her way of dealing with the problem. “It’s been a process of recognising and rooting out self-destructive behaviours, but I feel good,” she says. Dr Evans adds: “As someone who has recovered from an eating disorder, I know that it often feels like there is no one who understands what you’re going through and no hope of changing, but there are people who understand how you’re feeling and why you’re stuck in certain habits and cycles, and a full recovery is possible.”

Anorexia:  One of the better-known eating disorders, anorexia is primarily characterised by self-starvation. The main symptoms include eating too little, drastic weight loss, a fear of gaining weight and a fixation on size.

Bulimia:  Bulimia often involves a cycle of binge eating, which is then counteracted by behaviours aimed at preventing weight gain, such as self-induced vomiting.

Binge eating disorder (BED):  If you have BED, you may eat a much larger amount of food than normal in a short window of time and find yourself trapped in a dieting and bingeing cycle.

Avoidant restrictive food intake disorder (ARFID):  This refers to someone limiting the amount and types of food they consume. Normally, the individual won’t feel distress about their body shape or size, but will instead be uninterested in eating due to sensory issues or fear of other consequences (like choking).

Orthorexia:  Orthorexia is described as an unhealthy obsession with healthy eating. It’s not officially recognised as an eating disorder, and without formal diagnostic criteria, it’s difficult to understand whether it’s a standalone condition, a type of existing eating disorder like anorexia, or a form of obsessive compulsive disorder.


PHOTOGRAPHS STOCKSY. *ACCORDING TO RESEARCH BY THE UNIVERSITY OF GLASGOW. †NAME HAS BEEN CHANGED