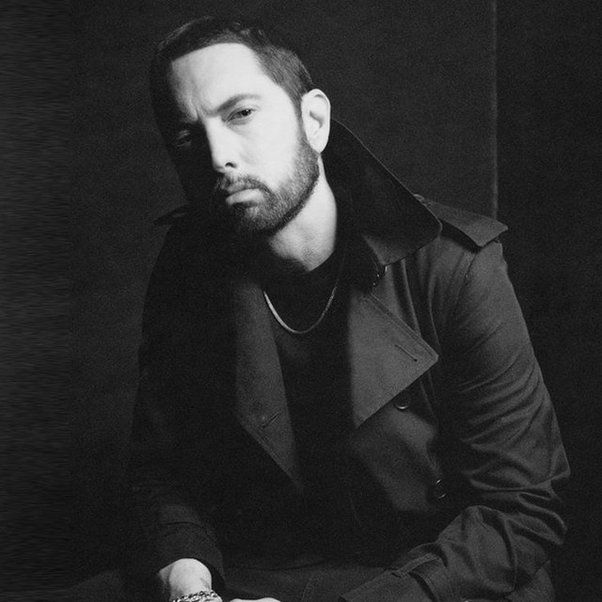 .(OCTOBER 17) For many music fans, Eminem will always be that controversy-courting enfant terrible who burst onto the rap scene in the late ’90s. But in the lower-profile years that followed, the bleached-blond provocateur (birth name: Marshall Bruce Mathers III) matured into something of a hip-hop elder statesman. Now he’s mining early 2000s nostalgia with his Detroit restaurant, Mom’s Spaghetti, named after a lyric in “Lose Yourself,” the Oscar-winning anthem from 8 Mile. And he’s hit two industry milestones this year, joining the all-star lineup of Super Bowl halftime show performers and entering the Rock & Roll Hall of Fame (the first year he was eligible for the honor). So, has the scowling rebel become a legend? Maybe so. In a recent single from the Elvismovie soundtrack, “The King and I,” featuring CeeLo Green, Eminem raps, “Now I’m about to explain to you all the parallels / Between Elvis and me … one, he’s pale as me / Second, we both been hailed as kings.” —Nicholas DeRenzo