GEORGIA HAS A BLACK-OWNED BREWERY, THE FIRST EVER IN THE STATE

By Christina Spencer via Black Enterprise 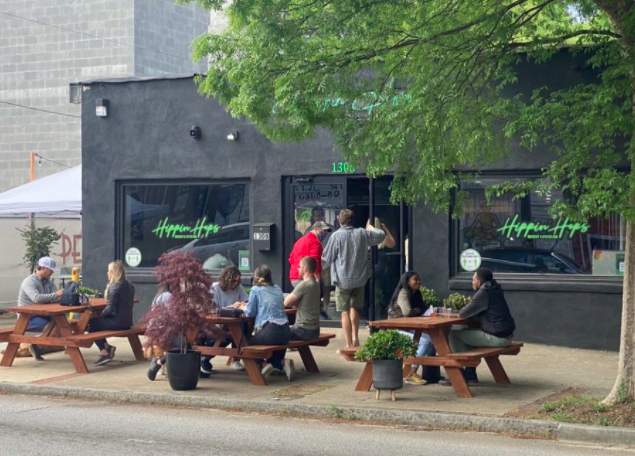 Hippin Hop is the newest brewery in East Atlanta Village. However, the Black owners did not realize that they are the only Black-owned business of their kind in the state.

Somewhere down the line of Clarence Boston embarking to own his own beer brewery and seafood hub, he realized that he is the first Black-owned brewery operator in Atlanta, reports WGCL-TV.

Clarence bought the property of his new brewery on 1308 Glenwood Ave SE, a location, he told WGCL, that used to be a barbershop he used to frequently go to.

After seeing the property go up for sale, he seized the opportunity and turned it into a seafood bar.

“Back in the day, you could afford to buy a beer, so we just started making our own,” Clarence told WGCL.

Clarence, with 20 years of micro-brewing experience, opened his business last week, and so far on Yelp, reviews have been positive.

Lobster rolls, shrimp and grits, and of course oysters are present on the menu. However, what is surprising is the restaurant’s Louisana-inspired dishes like po’boys, a traditional Louisiana sandwich that usually has roast beef or fried seafood like shrimp, crawfish, fish, oysters, or crab on French bread.

There are also Cajun shrimp deviled eggs and gator bites.

“It is a Louisiana-inspired menu,” she said. “I love Cajun food, and all kinds of oysters and shellfish are big in Louisiana. That’s what I grew up on. And then beer just goes great with oysters, Clarence says. We didn’t want to do the traditional beer food like pretzels and pizza. We wanted people to come in and say, ‘I’m not a beer drinker but I heard your food is awesome.’”