By Michael B Horn Via EdSurge 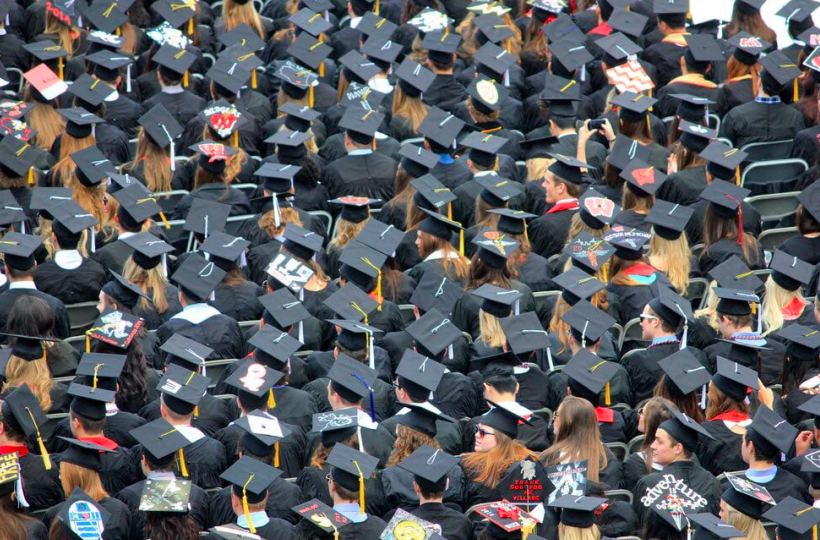 As COVID-19 spreads around the globe and the threat of a recession materializes, most people are focused properly on the immediate task at hand—preparing to teach and support students remotely.

Beyond that, there will also be significant longer term impacts. The biggest shifts may occur at the intersections of K-12, higher education and workforce learning. Often these areas are treated as their own distinct silos in the education market, but the coronavirus crisis has revealed how interdependent these sectors may be.

What exactly will happen is hard to divine. Here’s a forecast from several education officials along with my colleagues at Entangled Group, an education venture studio and consulting firm.

Doug Lynch, a faculty member at USC Rossier School of Education, noted two interdependencies between K-12 and higher education that could get hairy. For one, “high school kids will not be able to take SAT or ACT in the same numbers and it will impact next year’s enrollments in higher ed,” Lynch said.

In response, Case Western Reserve University, acknowledging the logistical challenge for students, has said it will not require a SAT or ACT score for the upcoming application season. Others may follow suit.

Lynch also observed that because current college students who are training to be teachers won’t be able to fulfill their in-person practicum requirements as student-teachers in schools, there will be an increased shortage of K-12 teachers next year.

Although there are millions of Americans qualified to fill the 3.7 million teaching positions, there are acute shortages by grade level, subject matter, and geography. Secondary teacher positions are harder to fill than elementary ones; as are science and math openings. Rural and urban schools typically have more acute teacher shortages than those in suburbs. There has already been a precipitous decline in the numbers of students preparing to be teachers over the past decade.

COVID-19 will also exacerbate weaknesses in higher education business models, particularly in colleges and universities that are highly dependent on international students and haven’t created an adequate online strategy.

“No amount of online offerings, marketing, or campus life amenities will be able to cover the overdependence on international student tuition, said Mat Frenz, a partner at Entangled. “With help from state governments being unlikely at best, institutions will be forced to reconsider their business model and make very difficult decisions about who they are and what they do.”

At the same time, Terah Crews, another partner at Entangled, urged college leaders not to sign long-term contracts with any vendors during this period. Right now is a time for rapid action with what you have, she said. “Then shift the conversation from online as a money-maker, to online as serving your mission,” Crews said.

This moment could also herald a shift in how high school juniors and seniors view online learning options. As Richard Arum, dean of the School of Education at the University of California, Irvine, and Mitchell Stevens, an associate professor of education at Stanford, observed in the The New York Times, with students learning remotely but still paying full tuition, some families may question the traditional residential education as being the “sine qua non of academic excellence.”

Will Education Still Be Countercyclical to the Market?

In the workforce-learning arena, Matthew Daniel, a partner at Entangled, believes that in addition to canceling face-to-face training sessions, companies are growing concerned about talent pipelines from colleges and universities as their recruiters will be unable to attend on-campus recruiting events.

“This could have repercussions for years to stable processes and programs, not just the immediate impact to a few classes,” Daniel observed. “Even if [companies] can make the hires, will those students be able to travel, and what kind of onboarding will be provided to new employees? Everyone is being forced to make hard decisions on what is truly mission critical and what alternatives are available.”

It’s often said that education is “countercyclical” to the market, meaning that demands for educational services increase in times of economic downturn. Employee training and development programs are the first things that corporations cut in times of recession. Lynch, of USC doesn’t expect that to be any different this time.

But although recessions have historically resulted in increased enrollment in higher education programs as laid-off workers try to improve their future job prospects, Lynch said that is no guarantee this time around. Given the uncertainty around the length of this recession, and the availability of short-term “bootcamp” like programs, people may be unwilling to enroll in longer (and often costlier) programs.

Bootcamps and other programs that offer income-share agreements (ISAs) to help students finance their education face both an opportunity and challenge. Given the massive loss of jobs already happening, the idea of enrolling in a job-training program without paying tuition upfront could be attractive. And financing the program through an ISA means students won’t have to pay anything if they don’t get a job afterward—an increasingly likely proposition.

At the same time, these programs also face an existential risk, as the ISA business model stipulates that providers only get paid when their graduates get jobs.

To that end, Kristin Sharp, a partner at Entangled and former deputy chief of staff to Sen. Mark Warner (D-Va.), believes we’re in for a steeper recession than most are anticipating, which will disproportionately impact industries with retail and service workers. “This is an instance where temporary government policies could be really helpful,” she said.

Just as it did during the 2008 recession, the government should extend the Pell Grant program by temporarily extending it to cover non-degree programs—something that’s currently under discussion. Sharp noted that if this happens, look for policies to prioritize funding programs that retrain people for high-demand work or emerging roles that require competencies in technology.

As fears of budget cuts materializes, former West Virginia Governor Bob Wise said that it may be tempting for education leaders to back off from innovation efforts and plans. “It can be too easy just to say ‘let’s put this on the shelf until better times.’”

But far-sighted leaders will do more, he advised, and keep investments in programs that support education delivery systems that are better able to withstand a variety of crisis scenarios, from pandemics to natural disasters, from economic downturns to teacher walkouts.

How that plays out in the months ahead—and who seizes the opportunities at the intersections of these learning sectors—bears watching.

Michael Horn (@michaelbhorn) is head of strategy for the Entangled Group, senior partner for Entangled Solutions, and the co-founder of the Christensen Institute.