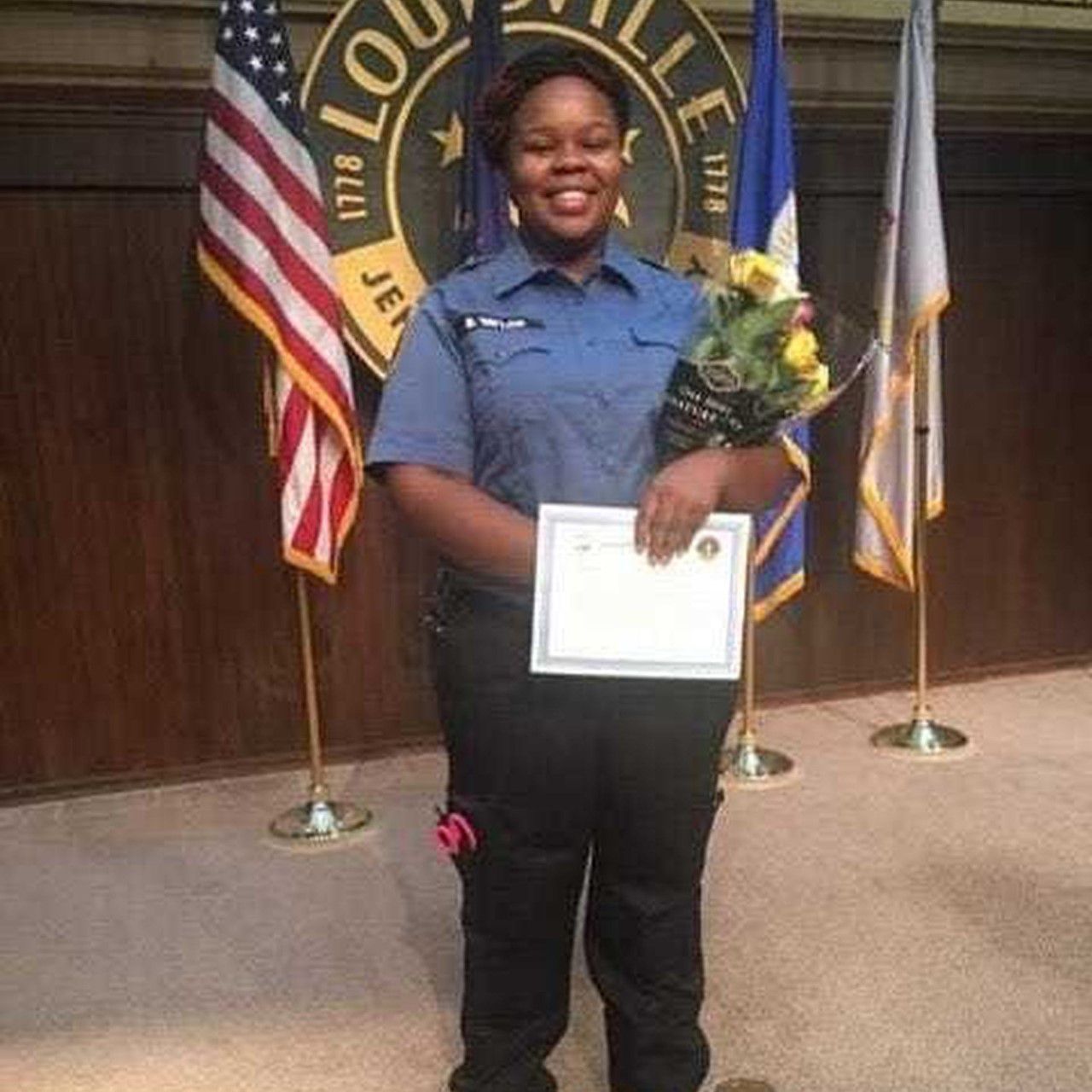 The murder of Breonna Taylor by Law Enforcement officers this past March, has reached very questionable conclusions. We could talk about the fact that police brutality is wrong, that systemic oppression and racism is wrong, we can make this a political issue and have her be another poster child of broken black bodies that the world has to mourn. Instead let’s examine and reflect upon what justice may look like? Does it look like having to relocate because you violated a company policy? Is Justice, being able to find quality of life after you’ve snuffed one out? Breonna Taylor did not die in a misconstrued false drug raid. The people have determined, that she was murdered. You put coworkers and citizens in workplace danger when you drive a forklift inappropriately; when you stack a shelf the wrong way. Not when you fire a weapon blindly into an apartment that not only housed Breonna, but possibly young children, possibly an elderly relative, with reckless abandon. 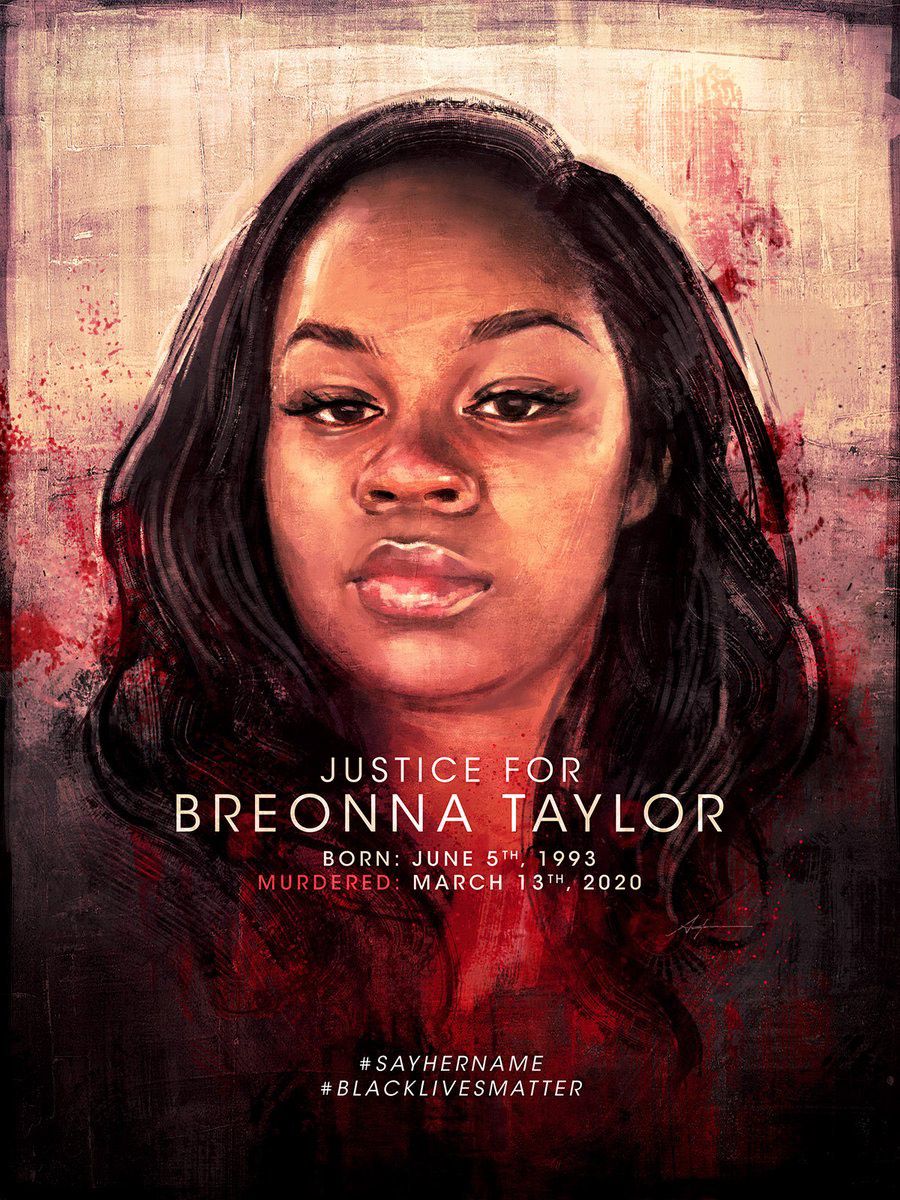 We have come to find out that there have been no murder charges placed on those responsible for the slaying of a young, black and educated woman. That her Justice, is to be summited in the settlement dollars that her family so rightfully deserves, however. The outcry from multiple Americans believes she is entitled to much more. The type of Justice that would have been brought down upon her had she been on the giving end of the trigger and not the receiving. She should be due, that same kind of sentencing that blue lives expect when someone in a matching uniform is slain..

This is the point in society where the criminal justice system needs to be scrutinized, and possibly overhauled. Had the gun have been in Breonna’s hand, she would be under the jail. She took no vows to take life, only to give and sustain it through her profession, and now. We look on as yet again, the murder of a young Black person is covered in paperwork, misinformation, and blood money. The disgust, the sheer and utter disrespect to the life of a woman who looks like so many young black women. Who’s smile curls up like their sisters, and who’s eyes light up like their daughter. Whose dreams are as big as Breonna’s. It is hurting young black women on a large scale, via the countless post on social media, rallies of outrage, and demonstrations of protest, and for them it hurts different. They see themselves in every post, and have the resound understanding that they are Breonna Taylor, and every ounce of Justice that has been awarded to her. Is the same kind they would give to their daughters. Is the same cowardly energy that law enforcement would feed to any black woman in Louisville Kentucky and places like it. While wearing those badges, asking for honestly, and having the expectation and arrogance that all criminals should be doing the time for the crime, with them being the exception. 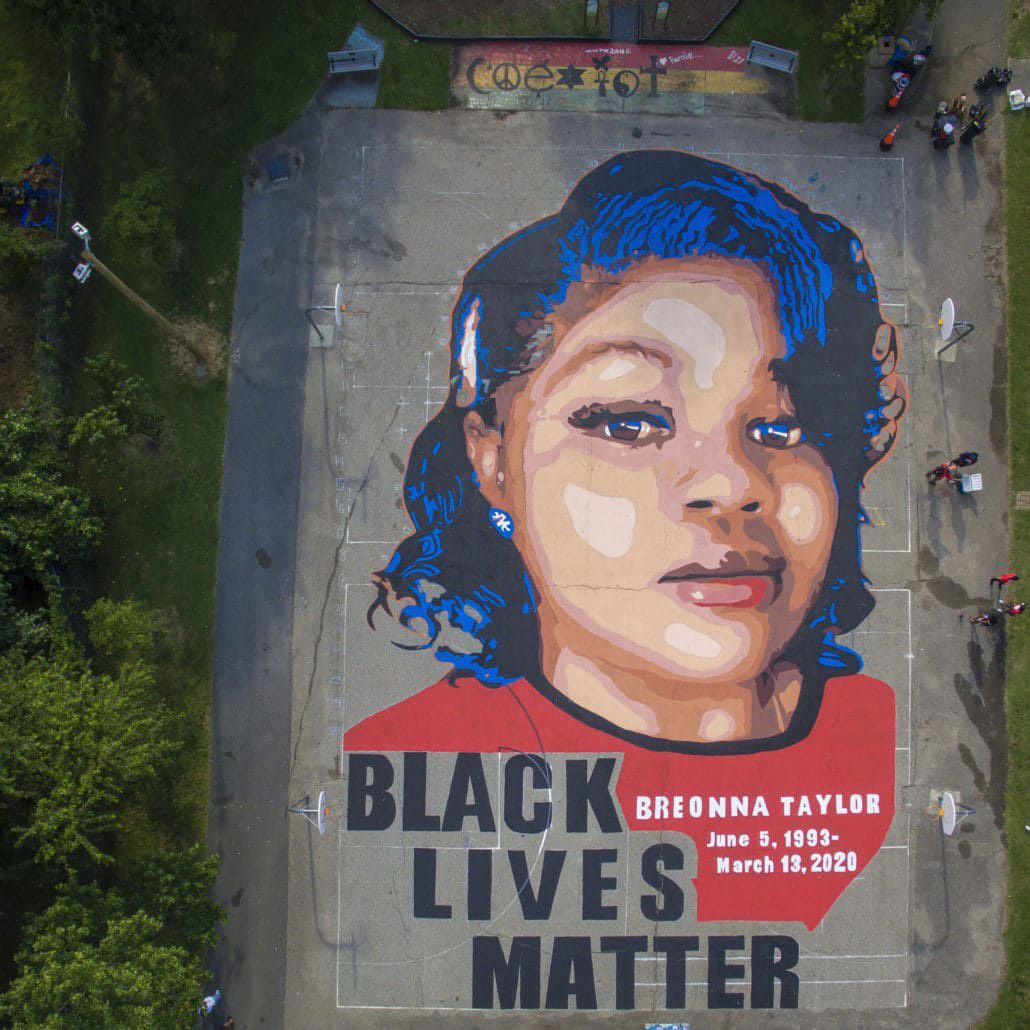 Is there truly justice when those who extinguish a light, finds themselves able to pay their way out of what can never be purchased and what can never be brought back?! Is there justice when those who bear witnesses to the neglect of black lives and their importance, see that they will keep getting away with murder? Is it Justice, when an entire nation of citizens lean into the same vibration of realizing that the law, is above the law!

On March 13th, 2020. Breonna Taylor was murdered in her home, in her nightgown, and didn’t even have the chance to look her killer in his face as he didn’t care as his superior so stated “To have value for human life”, it did not matter, who was present, and who he hurt, firing 10 shots blindly, 5 of which struck Breonna. Then for 20 minutes, walked passed her body, while he and his fellow boys in blue, offered no attention, adding insult to the already neglected Breonna, by falsifying a police report claiming that Breonna sustained no injuries during this incident. Was that not dismissive and inhumane?

Proving that morally flawed people are allowed to join police forces and hold the lives of innocents in their hands. Is it not vehemently disturbing that these types of actions are matched with charges that hold no bearing to a life being lost? The outrage at the decisions made by those presiding over Breonna’s Taylor’s case, was met with prepared officers. Ready for the impending civil unrest. It seems as though, they would rather brace themselves to take on multiple cities. Than to prosecute, the officers involved with befitting charges for their participation.

Americans could call for awareness, but after so many incidents, would it be sufferable to say that they know? We as a nation can say it is wrong how people of color are treated by law enforcement, but will it be met with the same tragic end as Sandra Bland and Korrine Gains.? Will the same batons badger young black boys in the street, will the same bullets fly that remove sons and daughters from their families and purpose on this earth from those sworn in to protect the law and the citizens in which it governs?

The time to ask for equality and respect may be over. We the people must demand change. Breonna’s mother and father should have at least the peace of mind knowing that her daughters murderers will pay for what they did to her by knowing they will be behind bars. It wasn’t a mistake that took this young lady, and the morbid truth of America is seemingly giving the implication that in some places, you can get away with cold blooded murder, if you wear a badge first and make sure it’s a black face in front of the bullet.

This nation is up in arms. And if you are not outraged. Then you may be part of the reason this sickness is gripping our society.

Rest in Peace as best you can Breonna Taylor, and where the Justice system may have failed you. I, as a young black woman. With hopes and dreams, not too much older than yourself, hope that the Universal Laws compensates you accordingly. Say Her Name, and don’t you ever forget it.