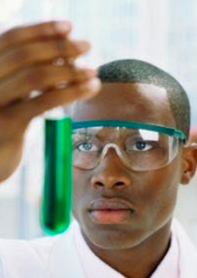 A scientist at Meharry Medical College, a historically black institution in Nashville, Tennessee, says he is two weeks away from testing an anti-viral drug that may prevent COVID-19, according to NBC News. The scientist, Dr. Donald Alcendor, also worked on a successful anti-virus to the Zika virus a few years ago.

“The process is understanding how the virus gets into your system, where it goes and how it infects,” Alcendor told NBC News about developing an antiviral drug. “The struggle is that it is a single-strand that produces tremendous inflammation. The patient will feel like he’s drowning.”

His goal is to have the anti-viral treatment created within the next two weeks. Then it will move on to clinical trials and, if successful, be approved by the Food and Drug Administration (FDA) within a “few months.”

The success of the Zika virus antiviral drug makes him optimistic that his work could help and drastically lower the COVID-19 death rate. A vaccine will take up to 18 months to produce, but an antiviral drug would be used to treat patients once infected.

“This is bigger than COVID-19,” said Dr. Linda Witt, the senior associate vice president for development at Meharry. “We are called to serve on the front lines. For Meharrians, it’s natural to go into our communities. We exist in the black community. But it’s at a heightened level now. And having an HBCU presence, voice and expertise is essential.”

Meharry Medical College President Dr. James Hildreth has been advocating for pre-emptive screening in black neighborhoods for weeks. Being an infectious disease scientist, Hildreth knew the contagious coronavirus was most volatile in people with existing health conditions like diabetes, high blood pressure, asthma and other issues prevalent in African American communities.

“I have been pushing for pre-emptive screening with health officials going into the underserved communities to start testing because that would be a way to get in front of it with the most vulnerable public,” Hildreth said. “If you have a pre-existing auto-immune disease and the other stated health issues, the outcomes are much more severe. Those are exactly what we have in our communities. The burden of the disease is so much higher.”