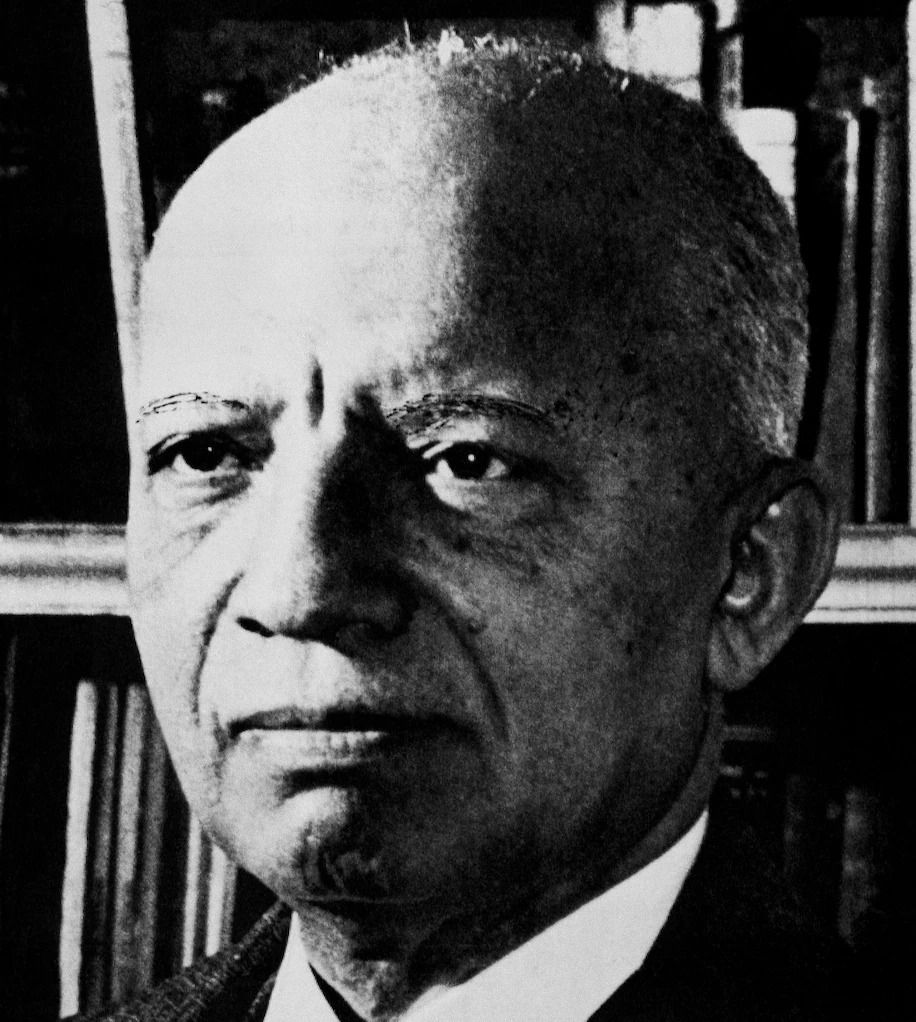 In his red-brick rowhouse in the heart of D.C., the man who would become known as the “father of Black history” wrote furiously. From a second-floor “home office” at 1538 Ninth Street NW, Carter G. Woodson led and orchestrated a movement to document Black history, dictating dozens of books, letters, speeches, articles and essays promoting Black people and their place in American history.

At 12:15 p.m. on most days, Woodson, who would launch what became Black History Month, met with his staff in the kitchen of the house. He’d give orders and strategize. There was little time to waste. He saw his mission — to correct how White people wrote about Black people, and to place Black Americans at the front and center of American history — as critical.

“If a race has no history,” Woodson wrote, “it has no worthwhile tradition, it becomes a negligible factor in the thought of the world, and it stands in danger of being exterminated.”

The house was a hub of Black intellectual thought in the country. From its rooms, Woodson published journals and bulletins and wrote books. In 1933, he published “The Mis-Education of the Negro,” a collection of articles and speeches. The book would become a classic, advocating for excellence in the education of Black students and demanding that school systems across America correct curricula designed to deliberately “mis-educate” Black children and promote the fallacy of white supremacy.

“One of Woodson’s objectives was to collect and disseminate knowledge about Black people globally,” said Greg E. Carr, chair of the department of Afro-American studies at Howard University. “The continued relevancy of ‘The Miseducation of the Negro’ was Woodson was really a master of public relations.”

The book, Carr said, has lasting relevancy. “When we read ‘The Mis-Education of the Negro,’ it is as if he is writing from today about topics being debated today,” he said. “Critical race theory, for example.”

With the country embroiled in bitter debates over how racial history and the existence of systemic racism should be taught in schools, Woodson’s 89-year-old text still serves as a template for racial education and a refutation of the notion that it should be glossed over. “Woodson flat-out rejects the premise that any American history should resort to an Anglo lens,” Carr said. “In one chapter in the book, he said: I don’t understand why they would devote all this time [in history class] to Europe, descendants of Europe, and not give equal time to the origins of Africans.” 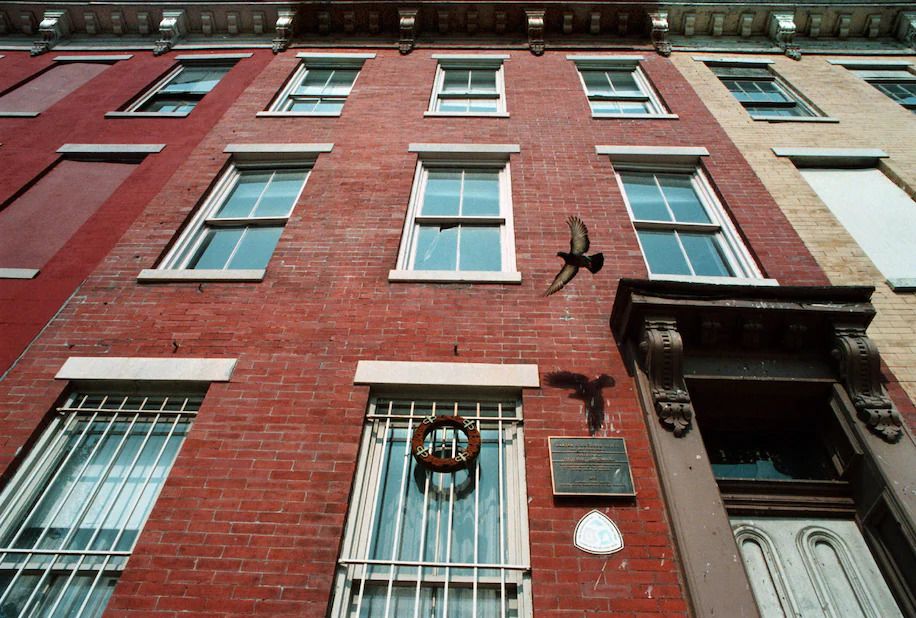 The facade of the Carter G. Woodson home in Northwest D.C. still contains much of the original detail from when the home was built in 1891. (Michael Robinson-Chavez/The Washington Post)

Woodson, a stern man who was said to work 18-hour days and rarely smiled in photos, was prolific. From his bustling house, he published the Journal of Negro History and the Negro History Bulletin, ran a publishing company called Associated Publishers, and organized the Association for the Study of Negro Life and History, which was later named the Association for the Study of African American Life and History (ASALH) and still has dozens of chapters throughout the country.

It was also in this three-bedroom house, which Woodson bought in 1922 for $8,000, that he would establish “Negro History Week” in 1926. The designated week was set for the second week in February to mark the birthdays of Abraham Lincoln and Frederick Douglass, according to the Library of Congress.

Woodson explained the idea behind the celebration. “It is not so much a Negro History Week as it is a History Week,” he wrote, according to ASALH. “We should emphasize not Negro History, but the Negro in History. What we need is not a history of selected races or nations, but the history of the world void of national bias, race hatred and religious prejudice.”

In 1976, Negro History Week was lengthened to include the entire month of February. The emphasis on studying Black history highlighted the message of Woodson’s seminal work.

“The theory of this book was to help Black people understand we come from a greater society,” said Karsonya Wise Whitehead, former ASALH national secretary and an associate professor of African and African American studies at Loyola University Maryland. “And the work we do as parents, teachers and educators should make sure young Black people understand that.”

A quest to ensure that Black people understood their past was at the heart of the creation of Black History Month, said CeLillianne Green, author of “A Bridge: The Poetic Primer on African and African American Experiences.” “If you think you have no history, it’s like being rootless,” she said. “It’s unnatural. If you think your people don’t have history, you can do nothing. The point of Black History Month is so you can understand your history.”

She added, “If you are not teaching the truth, how is the country going to be free?”

C.R. Gibbs, a historian and author, said that 89 years after “The Mis-Education of the Negro,” Woodson’s advocacy for teaching Black history is still relevant. “At a time when we can’t be sure what we will be able to teach, this makes ‘The Mis-Education of the Negro’ even more timely,” said Gibbs, whose work as a historian is featured in the Discovery Channel documentary “Underground Railroad: The Secret History.”

“There are forces in society today who don’t want that kind of insightful, thoughtful history that Carter G. Woodson was chronicling,” Gibbs said. “They don’t want that history to come out. We have to guard against that.” He added, “If there is a book that should be at the top and most useful at this time, it would be ‘The Mis-Education of the Negro.’ Why? Because even in the 21st century, the mis-education of the Negro is still going on.” 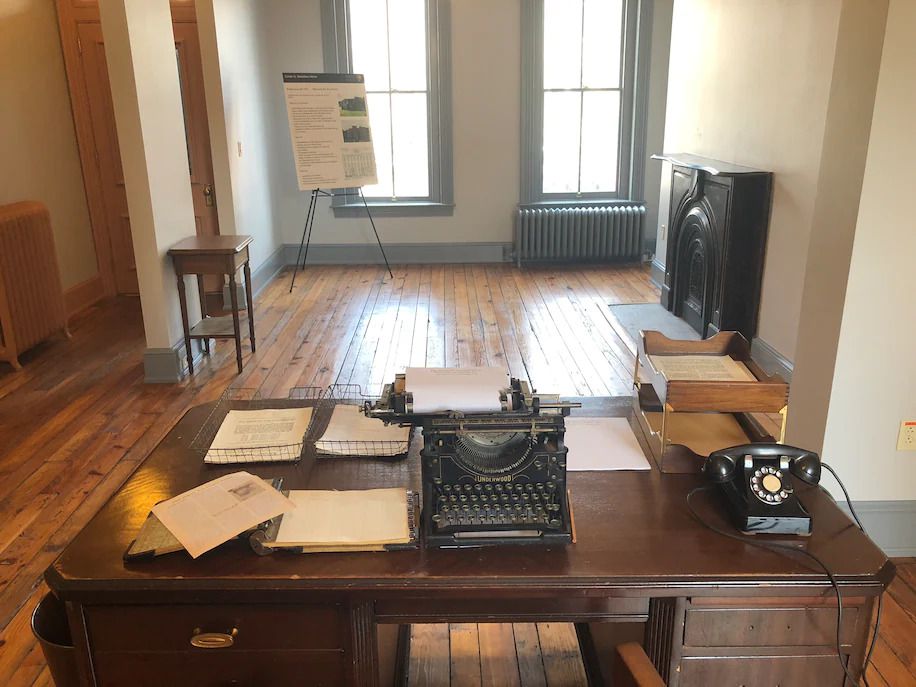 Carter G. Woodson's office in his house in Shaw opened to the public in 2017. (Fritz Hahn/The Washington Post)

Woodson’s house served as an archive for documents sent from Black people across the country. It had a fireproof safe, he wrote in his annual report for 1941, with “1,000 or more manuscripts which will be turned over to the Library of Congress as soon as they can be properly assorted,” including letters from Frederick Douglass and Booker T. Washington, according to the National Park Service.

The second floor of Woodson’s house contained a library and his office. Around his desk, Woodson met with some of the most powerful Black women in history, including Nannie Helen Burroughs and Mary McLeod Bethune. He helped finance writer and anthropologist Zora Neale Hurston’s research and travels that would later produce “Barracoon: The Story of the Last ‘Black Cargo,’” based on 1927 interviews with Cudjo Lewis, one of the last survivors of the illegal transatlantic slave trade from Africa.

During the 1920s, a young Langston Hughes, who would become a world-renowned poet instrumental in the Harlem Renaissance movement, worked in as an assistant to Woodson in his home office, according to the Park Service.

“My job was to open the office in the mornings, keep it clean, wrap and mail books, assist in answering the mail, read proofs, bank the furnace at night when Dr. Woodson was away,” Hughes said, according to the Park Service, “and do anything else that came to hand which the secretaries could not do.”

In February 1945, Hughes wrote that America owed Woodson a debt of gratitude. “For many years now he has labored in the cause of Negro history, and his labors have begun to bear a most glorious fruit. Year by year the observance of Negro History Week has grown,” he wrote. “Today the week is observed all across America.”

Hughes told the readers of the Chicago Defender, the prominent Black newspaper, that if they knew of someplace in the country where Negro History Week was not being honored or if they wanted materials on how to observe the week, they should write to “Dr. Carter G. Woodson, Association for the Study of Negro Life and History, 1538 Ninth Street, N.W., Washington, D.C., and ask him to send you a list of their publications and photographs."

Woodson’s parents had been enslaved, and Woodson, who was born on Dec. 19, 1875, in New Canton, Va., worked as a sharecropper and in a coal mine during his childhood. He did not begin high school until he was 20, graduating in two years. He attended Berea College in Kentucky, obtained a master’s degree from the University of Chicago and in 1912 became the second African American to earn a Ph.D. from Harvard University. (W.E.B. Du Bois was the first.)

On April 3, 1950, Woodson died in his bedroom on the third floor of the house at 1538 Ninth Street NW, in the heart of D.C.’s Shaw neighborhood.

“Carter G. Woodson represents for us living history and the importance of knowing whose shoulders we stand on,” Whitehead said. “To be in spaces where he studied and where great minds gathered, to have this real connection to history by being able to touch it, brings history to life.”