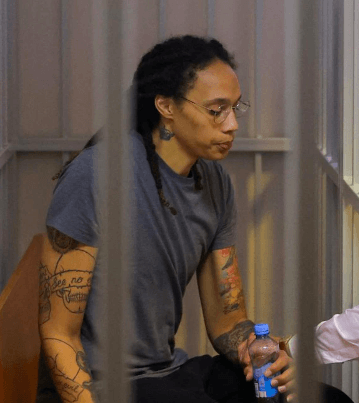 “We are in constant contact with Russian authorities to get Brittney and others out," the president promised.

President Joe Biden vowed Tuesday that his administration will continue its efforts to free American basketball star Brittney Griner, who’s been saddled with a nine-year prison sentence in Russia despite ongoing diplomatic efforts to bring her home.

“We are in constant contact with Russian authorities to get Brittney and others out,” Biden said at a press briefing, referencing both the WNBA’s Phoenix Mercury star and other Americans in custody of the Kremlin, which is known for taking political prisoners.

His remarks came hours after a Moscow court upheld Griner’s sentence, which Russian authorities handed down in August.

“So far, we have not been meeting with much positive response, but we’re not stopping,” Biden promised.

The two-time Olympic gold medalist, who was on her way to play with the Russian Premier League during the WNBA offseason, was first detained at a Russian airport in February after authorities found cartridges containing less than a gram of hashish oil in her luggage.

Griner was detained amid high tensions between Russia and the U.S., which has strongly opposed the Kremlin’s invasion of Ukraine and sanctioned Russia for its actions there. Russia took Griner into custody one week before launching its invasion of Ukraine.

The Biden administration has faced immense pressure to bring home Griner, whose supporters say she is being used as a political pawn amid Russia’s diplomatic friction with the U.S. In July, Biden approved a potential prisoner exchange to bring the basketball star and other prisoners home, but negotiations fell through when Russia demanded that the trade include a convicted Russian assassin.

Griner’s wife, Cherelle Griner, said earlier this month she was hopeful a prisoner exchange would work out before Tuesday’s hearing so her wife could avoid being sent to a labor camp.

“My brain can’t even fathom it,” she told “CBS Mornings,” adding: “I don’t know if she has anything left in her tank to continue to wake up every day and be in a place where she has no one.”