By Aesha Adams Roberts via Black and Married with Kids 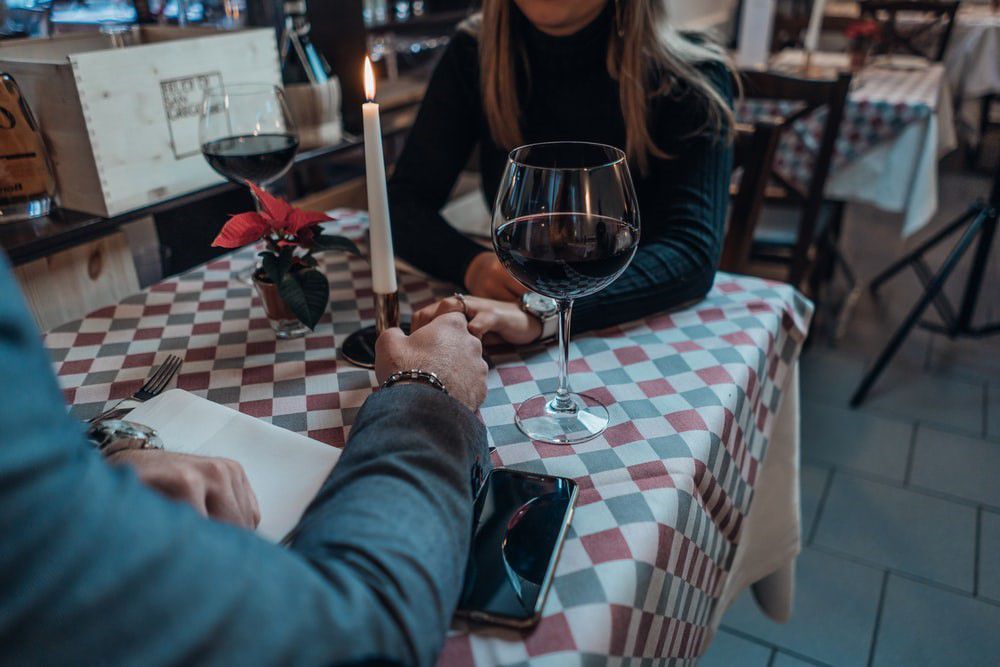 You meet a guy who’s great on paper and things are going well. He’s handsome, has a stable job, and by all accounts, seems like someone who has the potential to be a great partner. You should be happy, but you can’t ignore this nagging feeling in your gut that makes you wonder if you can trust him. Should you trust your gut or let the feeling pass?

When it comes to choosing the right partner, relationship experts often tell the woman “trust your gut.” But in my coaching practice, I’ve seen far too many instances when smart women made the wrong choice because they were following a gut feeling. I want you to have crystal clear clarity on what it means to follow your instincts and when you should ignore that pit in your stomach. Let’s explore 3 times in dating when you shouldn’t trust your gut and what you should do instead.

First, what does it mean to trust your gut? This saying refers to relying upon your intuition or your inner voice when making a decision. Instead of looking for a rational explanation for why something doesn’t quite add up with the Mr. Great On Paper, you simply have a feeling that something isn’t right. Psychologists suggest that your intuition is made up of your subconscious thoughts and past experiences and feelings. So if you’ve been burned by a liar or cheater in the past, you’re more likely to identify potential cheaters in the future by your instincts.

Simply put, past experiences can shape your intuition. And that’s why I believe you shouldn’t trust your gut in the following 3 dating scenarios:


1. It’s been a long time since you’ve been in a relationship and you’ve met someone new

The modern dating world changes faster than you can download a new dating app, so you shouldn’t rely solely on your instinct because you just don’t have enough experience navigating the dating world.

For example, Karen was divorced for 10 years and had 3 dates during that time. She’d married her high school sweetheart and didn’t have a lot of experience going on dates. Her expectations that men should make their intentions to marry her early on (like the first date) were way out of step with how online dating has made more options available for men and women. Even when a man was marriage-minded, he wanted to take things a little slower before bringing up the M-word with her.

She kept dismissing really good men left and right because she told me her discernment was sending off alarms. “These men are playing games,” she told me. But when we dug deeper into the story, her discernment was really suspicion. Her divorce was due to infidelity, so she was always on guard to make sure she wouldn’t get hurt again. She was misinterpreting men’s behavior through the lens of her unhealed past. In short, her instincts weren’t reliable!

What to Do Instead: Trust an Expert

Karen had to re-educate her instincts by trusting an expert who could help her properly interpret men’s approach to courtship. As a result, Karen is now married to a phenomenal man she met online!

2. When You’re Getting Closer To Him And You Start To Feel Afraid

My client Shannon was easing back into the dating world and was enjoying meeting new people. One of her suitors really began pursuing her, making it clear that he was serious about a future with her. Shannon started to freak out! She’d always wanted marriage and kids, but now that it was a serious possibility, she started pushing him away by picking fights, telling him she needed space, and suggesting that something was off with their chemistry.

“I have strong instincts,” she told me.“I know something isn’t right.”

A quick look into her relationship history told me that her gut wasn’t reliable when it came to love. A broken engagement crushed her in her 20s. Her family warned her that this guy wasn’t a good fit, but she defied them and stayed in the relationship until he broke her heart by breaking the engagement. She spent the next 10 years beating herself up for that bad decision and vowed to never let it happen again.

I pointed out that she had a strong commitment to never making a mistake in love. What she thought was a voice of empowerment was really just her fear getting the best of her. I was able to help her relax and let the relationship unfold without trying to control the outcome.

What To Do Instead: Trust Yourself To Bounce Back From Bad Decisions

Instead of trying to protect yourself from choosing the wrong person, trust in your ability to bounce back no matter what happens. Your life is bigger than a bad date or even a bad relationship.


3. When He Comes On Strong and It Just “Feels” Right

My client Maya reconnected with an old flame from college. Their chance meeting online felt like fate. Within weeks they were planning a wedding and she got swept up in his high-class lifestyle. He promised she’d never have to work another day in her life if she didn’t want to. Everything just felt right.

Her gut told her he was the one, but a friend told her to do a little bit of research on him before she said yes to his proposal. A quick internet search uncovered this man was leading a double life. How could she have missed so many red flags?

What To Do Instead: Trust Your Negative Feelings

During our coaching call, I asked Maya if she’d noticed anything that would have told her this man wasn’t telling the truth. She thought for a second and replied, “I often felt insecure with him. He could have any woman in the world. Why would he pick me?”

I told Maya that she needed to learn to ignore the amazing “feel good” emotions with a guy and trust her negative feelings. Feeling insecure can be a big sign that something isn’t right in a relationship because security is about feeling safe and secure. If you’re always worried about where you stand with him, that’s a major sign that something is off and you need to check in with your partner. Maya did ask him questions and instead of answering them, he disappeared. Her negative feelings were correct. She needed to learn to trust them!

Your instincts can be a powerful GPS for your life and relationships, but only if they’ve been purified from the residue of your past so that you free yourself from fears that can sabotage your love life.