2022 Will be the 'Year of Vaccination,' says director of vaccine institute

By Weizhen Tan via CNBC 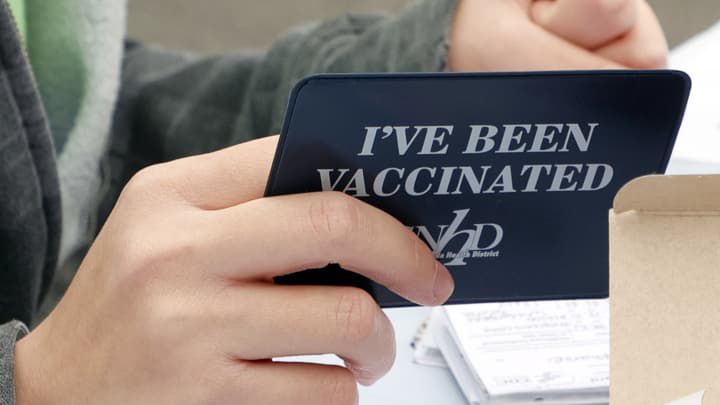 KEY POINTS
- 2022 will be "the year of vaccination," if last year had marked the year of the vaccine development, according to a leading expert.

- Hopefully, 2022 will also mark the year when anti-Covid drugs will come to the fore, and make treatment more effective, Jerome Kim, director general of the International Vaccine Institute, told CNBC on Monday.

- Kim also highlighted a "diagnostics gap" that countries need to be "much better at addressing."

If 2021 was the year of vaccine development, 2022 will be a year marked by vaccinations and booster shots, according to a leading expert.

"2022 will be the year of vaccination — either primary for people who haven't been vaccinated, or booster vaccinations for those of us who have," said Jerome Kim, director general of the International Vaccine Institute, an independent non-profit devoted to research on vaccines for poor countries.

Hopefully, it will also mark the year when anti-Covid drugs will come to the fore, and make treatment more effective, Kim told CNBC's "Street Signs Asia" on Monday.

In late December, the U.S. Food and Drug Administration authorized two antiviral pills to treat Covid-19 for emergency use, marking a milestone in the battle against the coronavirus that has killed more than 5.4 million people worldwide since emerging in late 2019.

Pfizer's Covid oral treatment pill, called Paxlovid, was the first oral antiviral drug to be cleared for emergency use in the U.S. Another was Merck's antiviral pill — known as molnupiravir — which was approved for use in adults with mild to moderate Covid at risk of severe disease.

As 2021 drew to a close, the more-transmissible omicron variant emerged, and cases around the world have surged in recent weeks.

Last week, the caseload in the U.S. hit a record high. Nationwide daily new cases were at a record seven-day average of more than 265,000 as of Tuesday, according to data compiled by Johns Hopkins University. It surpassed the previous high mark of about 252,000 average daily cases set on Jan. 11 last year, the data showed.

In Asia, South Korea said Friday that it will extend restrictions after a surge in serious Covid infections.

"A really critical point to make — omicron is not the omega and we are going to see additional mutants and variants of concern, and hopefully we become more equitable in the use of vaccines," he said.

"Increasingly, supply [of vaccines] will not be the issue. The issue will be: Who can get that vaccine into the arms of people who need the vaccination. That's going to be the key for 2022, it's getting people vaccinated," Kim said, adding there's a "significant number of people" in low income countries, who have not received a single vaccine dose.

About 58.3% of the world's population has received at least one dose of a Covid vaccine, but only 8.5% of people in low income countries have been inoculated with at least one dose, according to Our World in Data.

"That implies that in lower income countries, they don't do as many tests and they definitely don't do as many sequences," he said. Such genomic sequencing efforts of coronavirus case samples help track new variants.

He added that countries need to get "much better at addressing" such a divide.

"It's the sequencing of variants from all over the world that allow scientists to know if a new worrisome variant is emerging," Kim said. "Getting on top of it as quickly as possible is key if we want to open up, because we know that air travel does fairly efficiently spread the coronavirus."