By Bo Weber via musicinminnesota.com 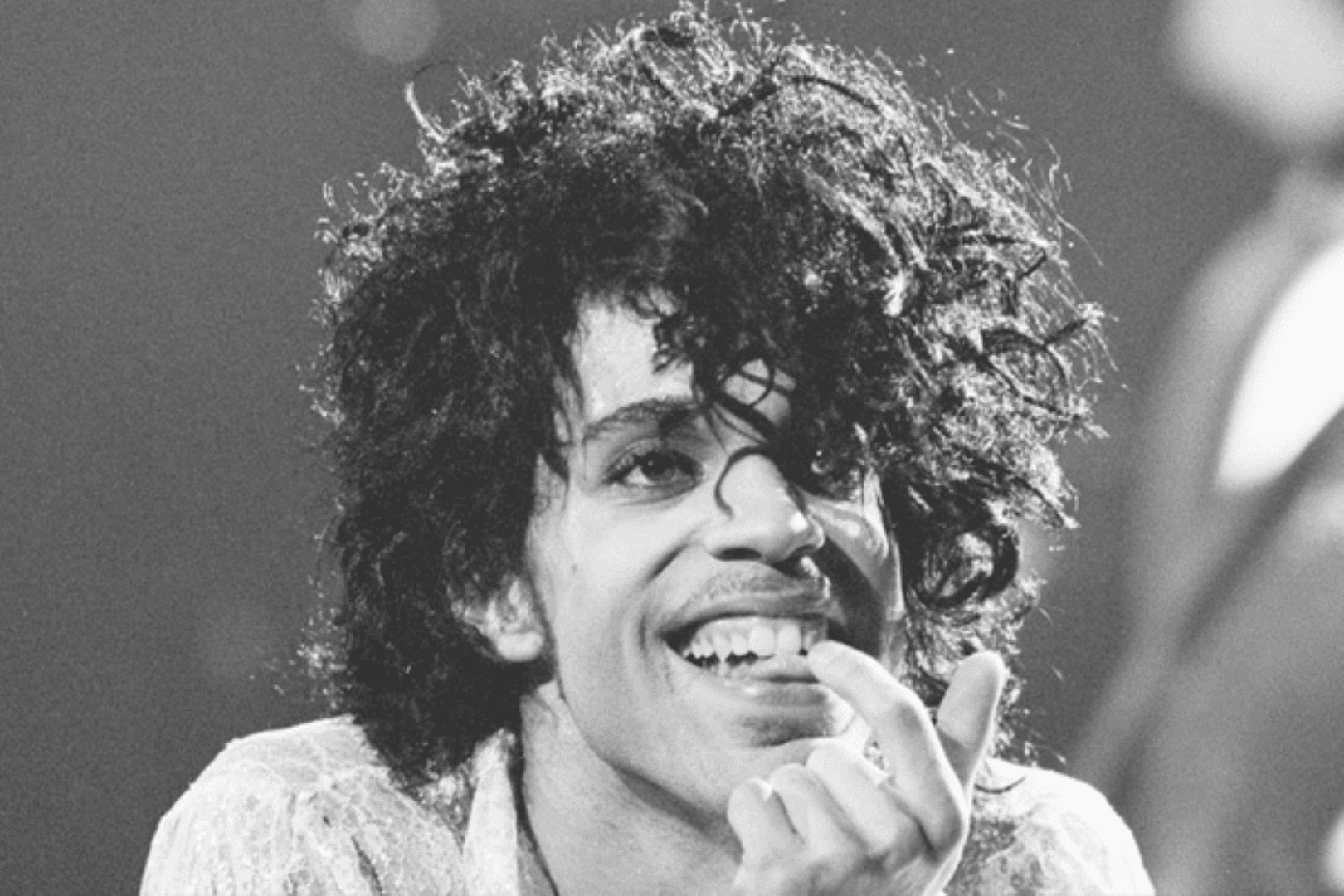 Prince was 5’2″ in height but showed the world that the smallest people can have the biggest impact. He is widely regarded as the pioneer of the Minneapolis Sound in the 1980s.

He was a peculiar man, striking our interest with unusual fashion and thought-provoking art.

Today, we honor a great legend by looking back on his great success as an influential artist and share a few interesting facts about our beloved Prince. 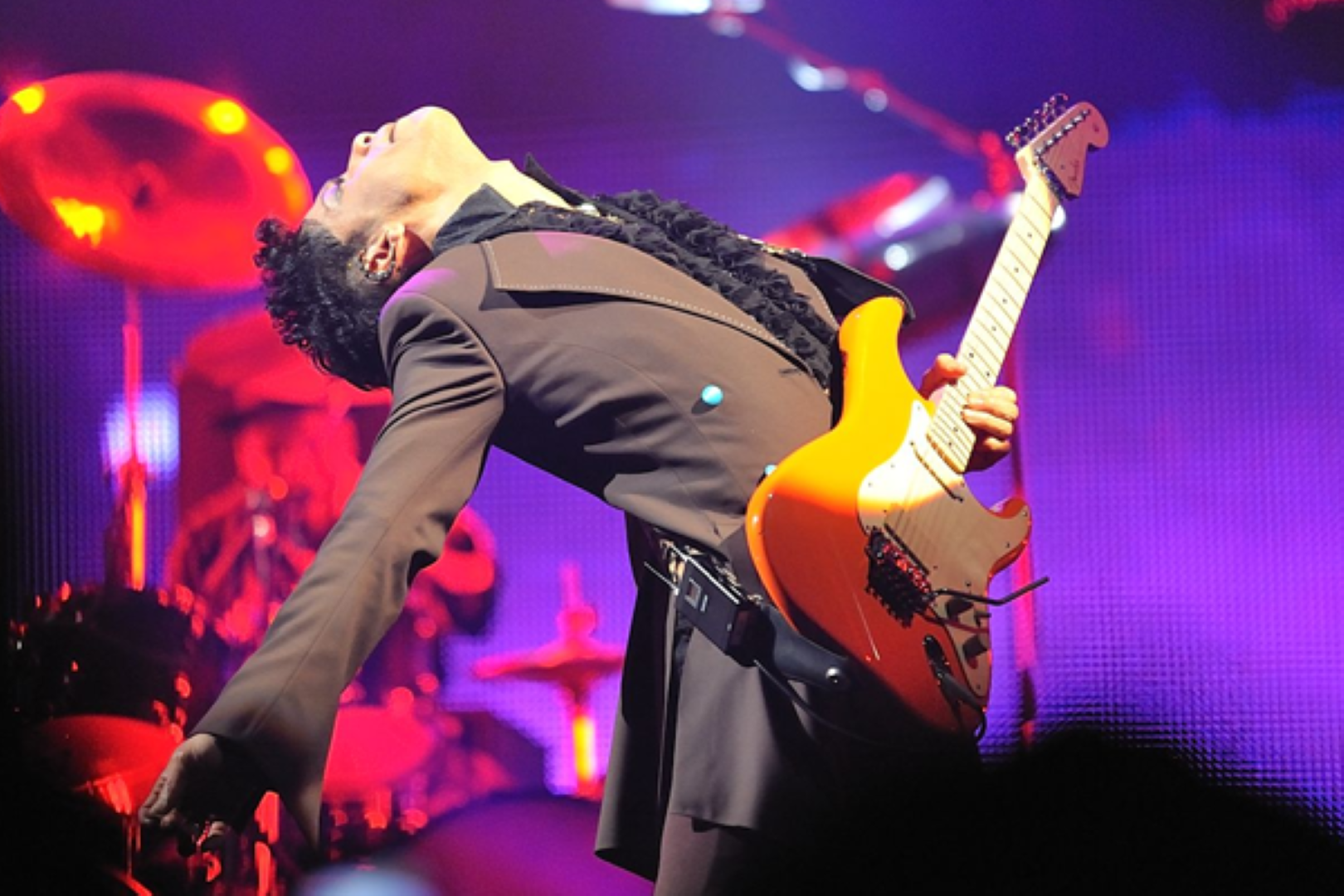 1. In an interview, Prince said he was “born epileptic and used to have seizures” when he was a child. 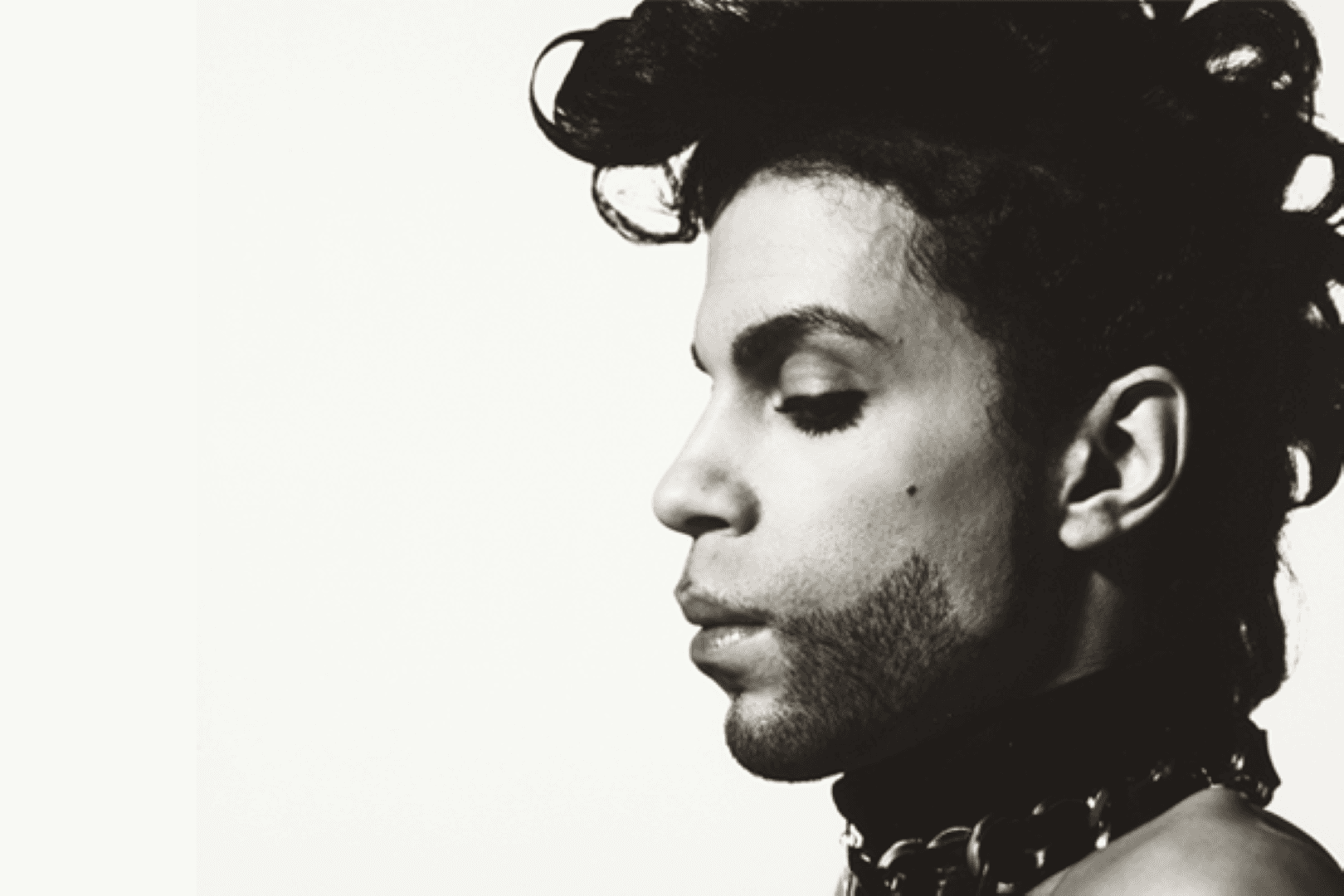 2. Prince had many aliases

His real name was Prince Rogers Nelson. When he was a child they called him Skipper. 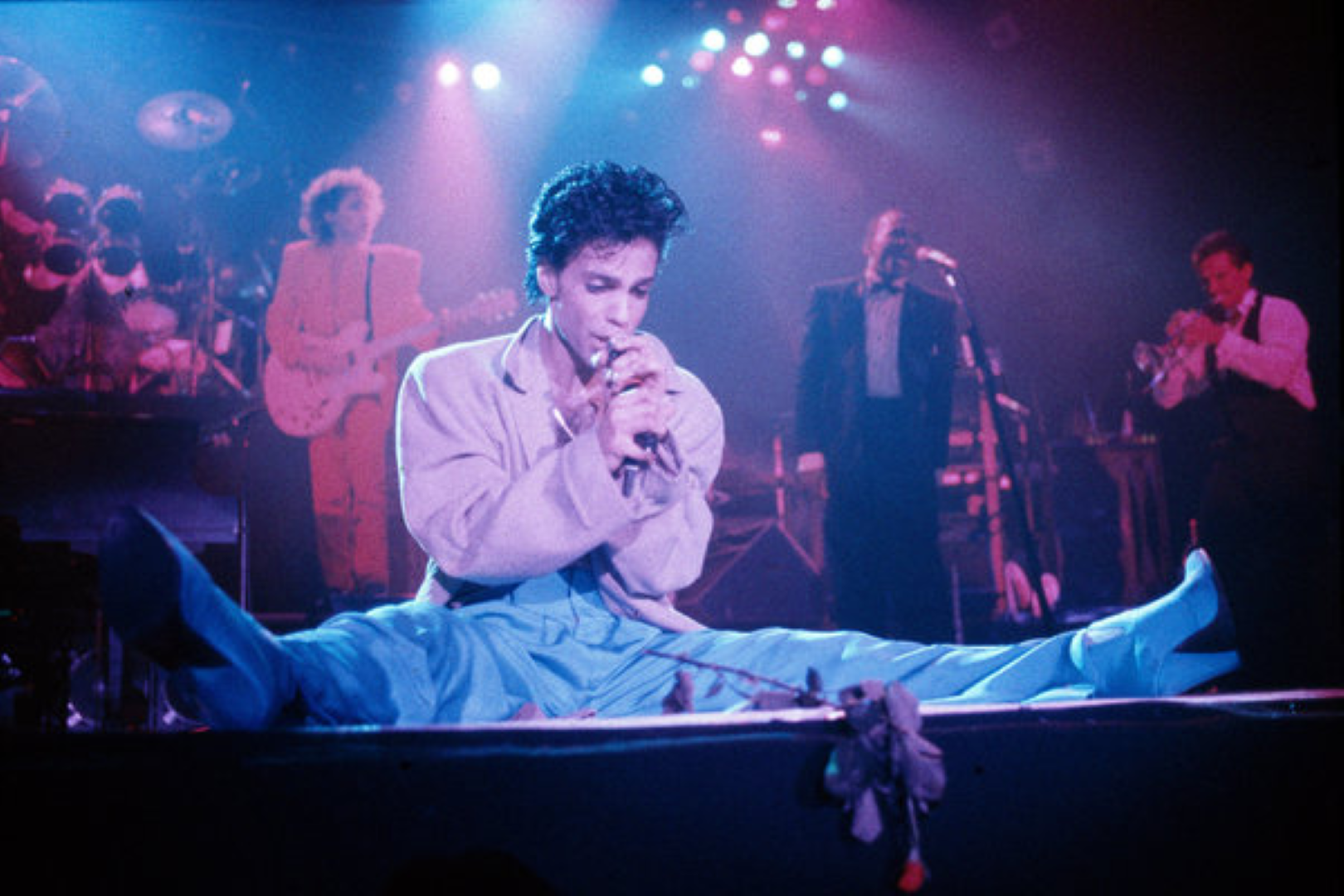 3. Prince was a uniquely small man

Prince was among many of the height challenged superstars of his decade such as Michael J. Fox, Paul Simon, Robin Williams & Tom Cruise.

Standing at the height of 5’2″, or 157.5 cm and weighed 112 pounds, Prince often wore heels to combat his small size. His grand piano was even modified by shortening the legs so he could reach the pedals while sitting down to play.

What was Prince’s shoe size? He wore a women’s size 5.5 or 6 depending on the manufacturer. 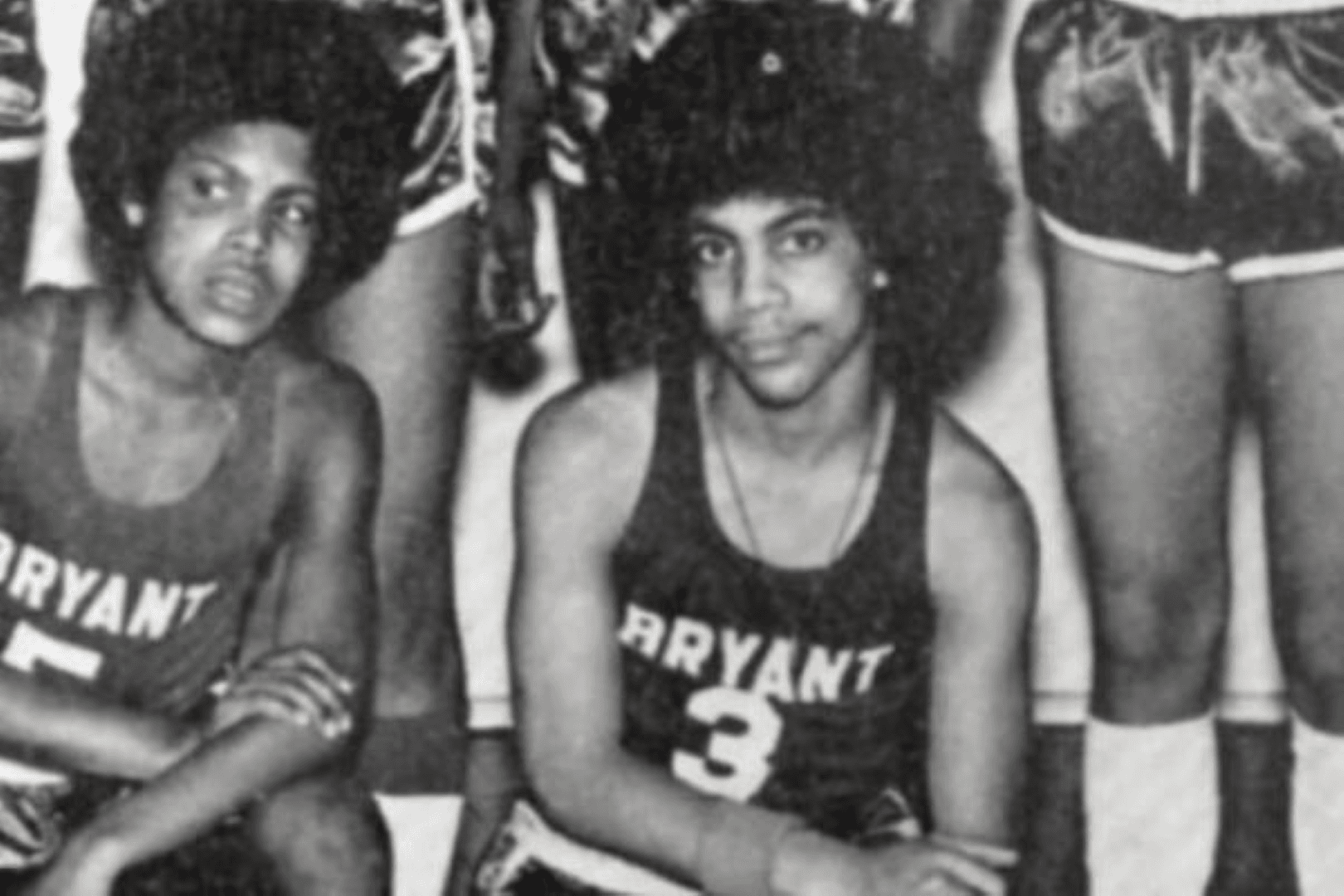 4. Despite his stature, Prince was a very talented basketball player.

He even played for one of the best high school teams in the state of Minnesota! 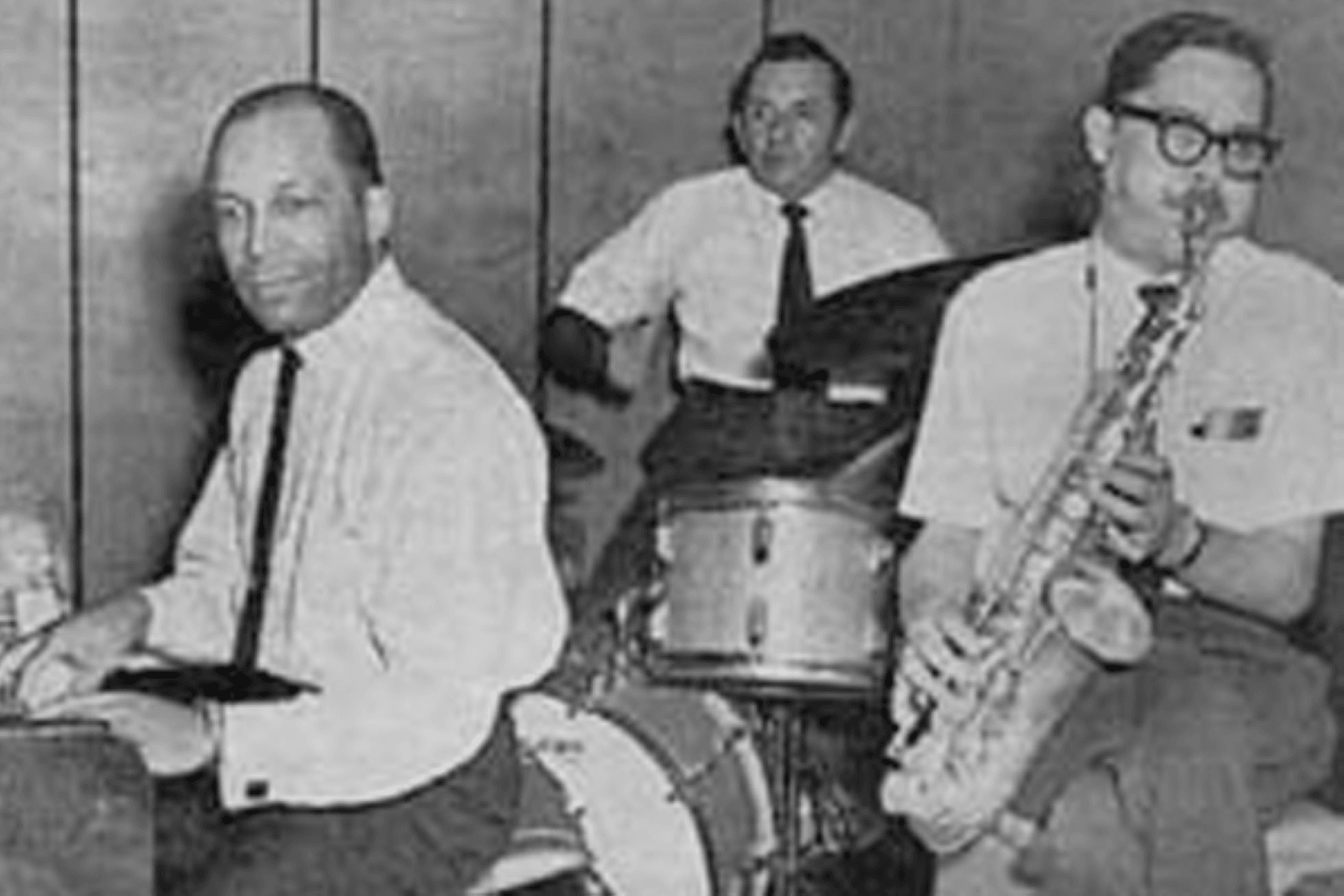 5. Prince’s father was an incredible musician

Every boy looks up to their father. Prince’s musical career choice was no exception. 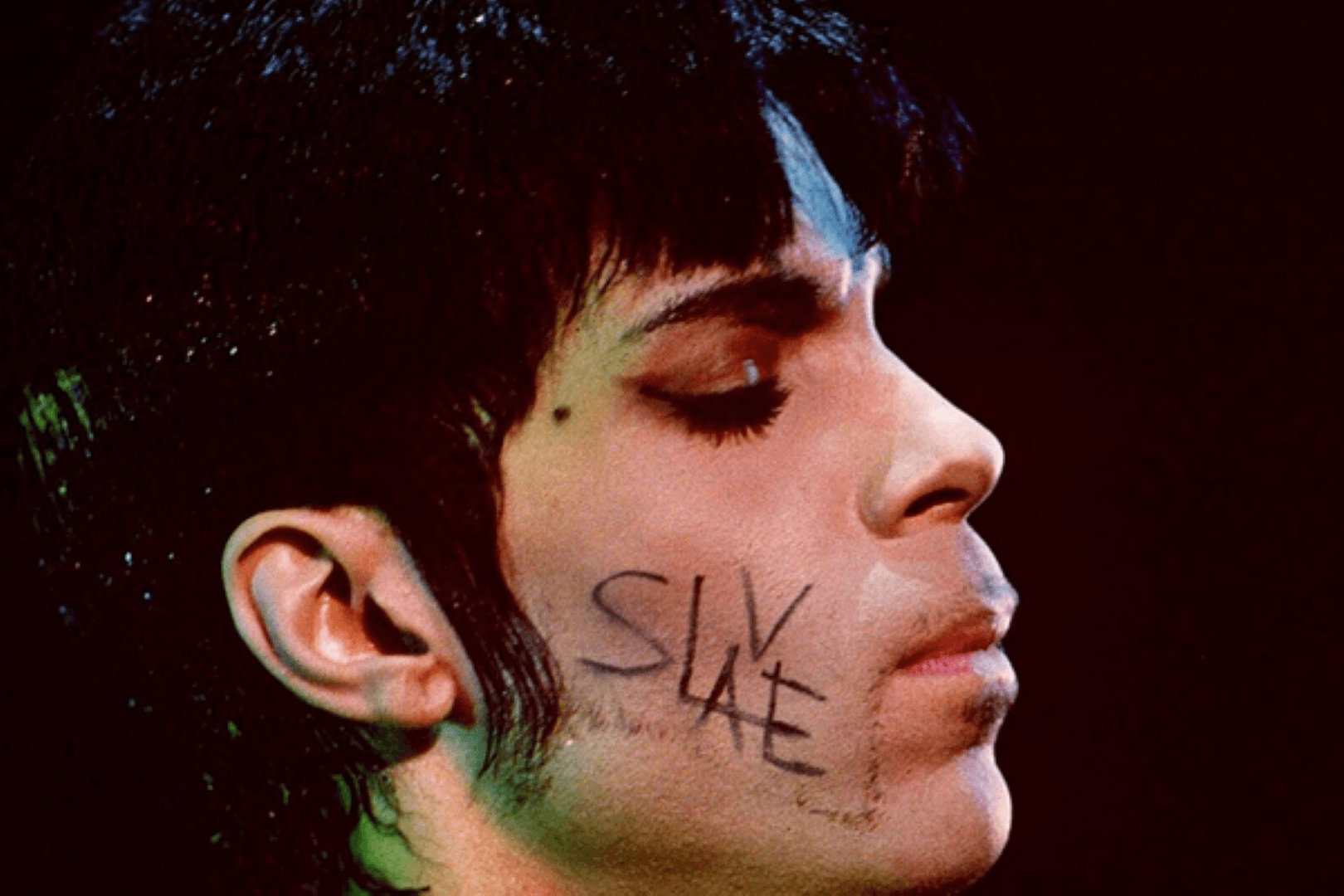 6. Prince had a falling out with his record label

Prince had signed an unfair record deal with Warner Bros in the early 1990s. At the height of his career Prince changed his name to an unpronounceable symbol in 1993. 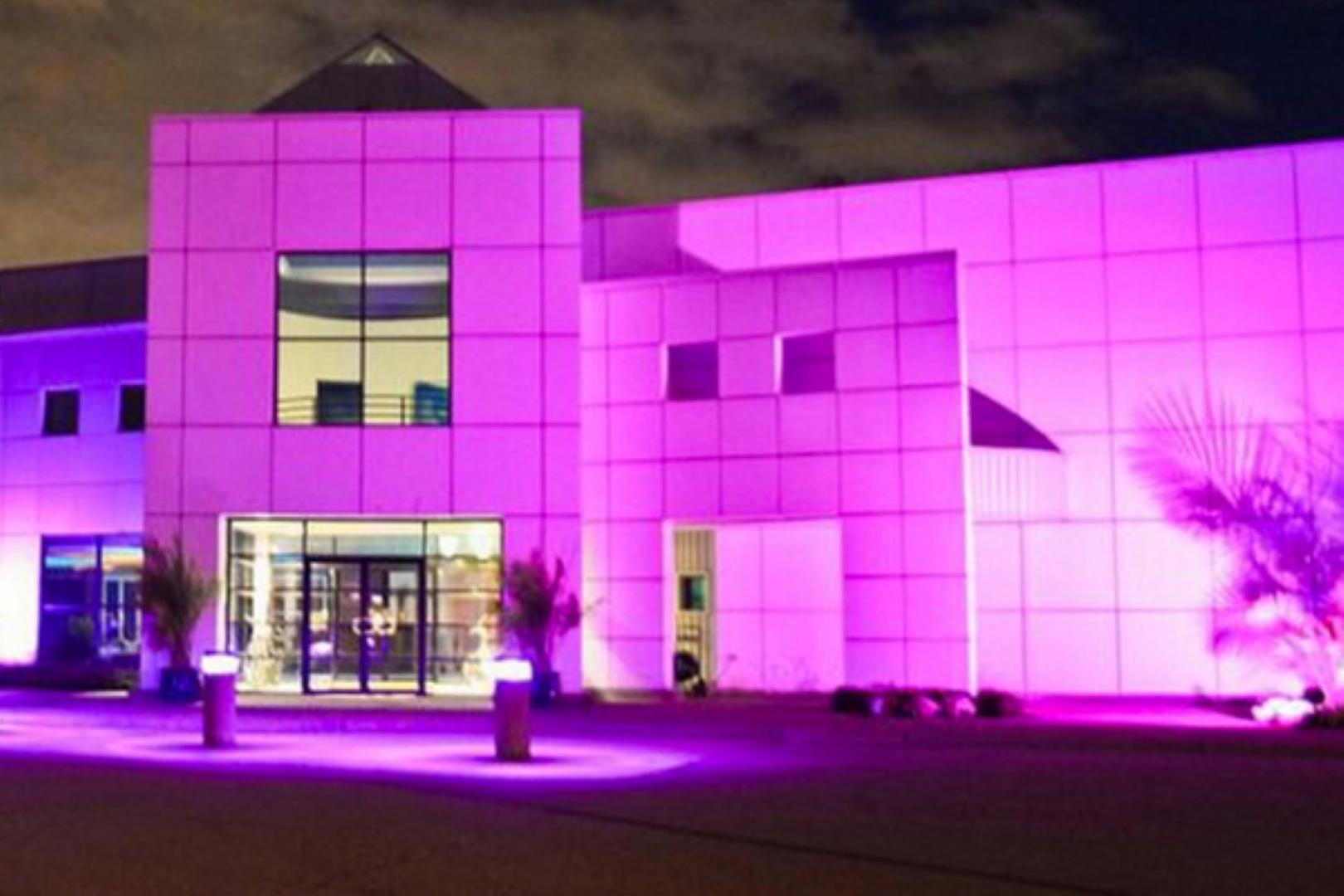 Warner Brothers fought for a return on their investment for Prince’s home and recording studio named Paisley Park, built in Chanhassen, MN.

That led to various Warner Brothers artists recording in his studio strictly against Prince’s will. 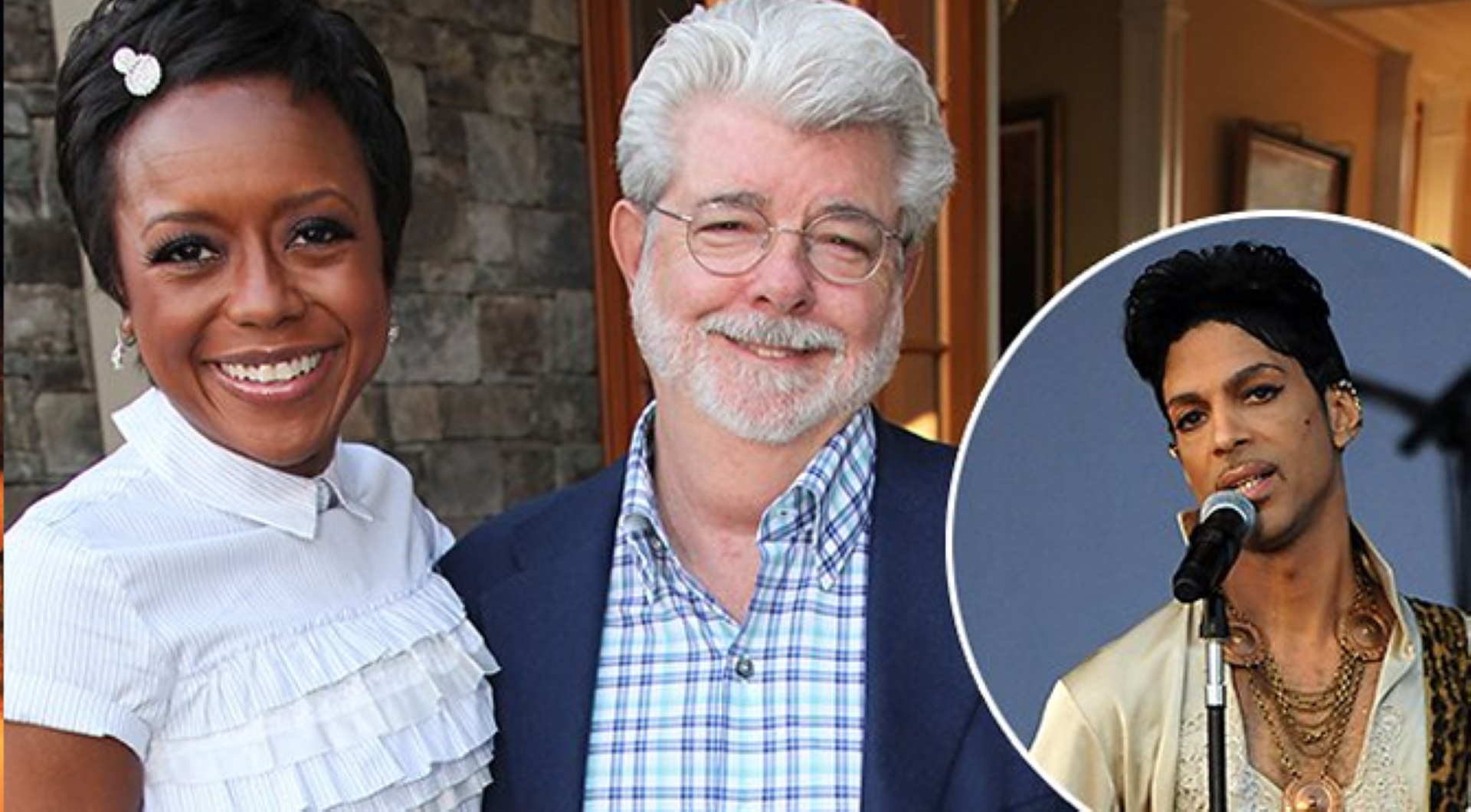 8. George Lucas Asked Prince to Play at his Wedding

In 2013, Prince performed at the wedding of well known Star Wars Director George Lucas as George tied the knot with his wife Mellody Hobson. 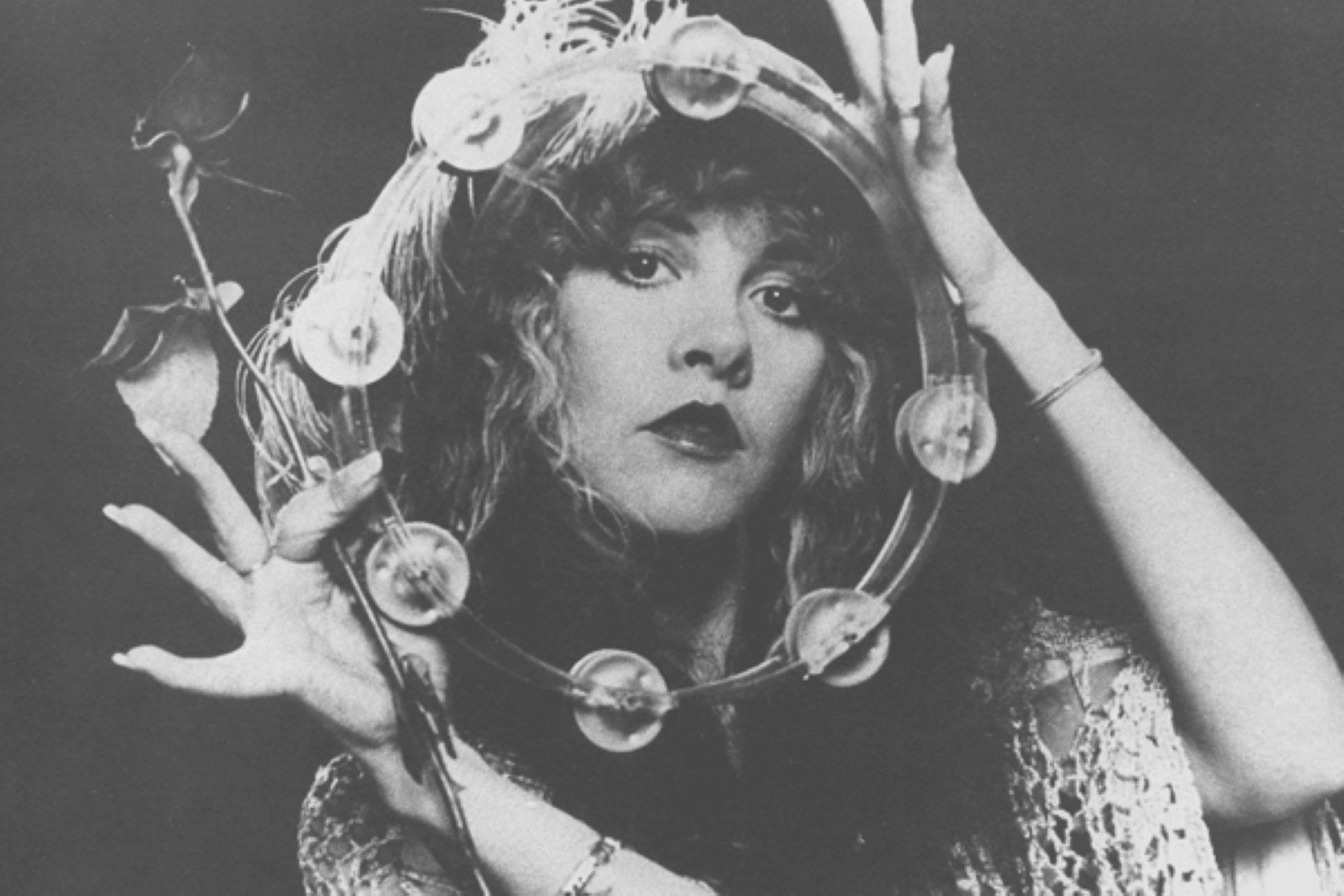 9. Prince asked Stevie Nicks to write the lyrics for his song “Purple Rain”

Nicks said, “[The song] was so overwhelming, that 10-minute track… I listened to it & just got scared. I called him back and said, I can’t do it. I wish I could. It’s too much for me.”

Prince went on to write the lyrics, and good thing he did. “Purple Rain” won Prince Best Original Score Oscar at the 57th Academy Awards for the film! 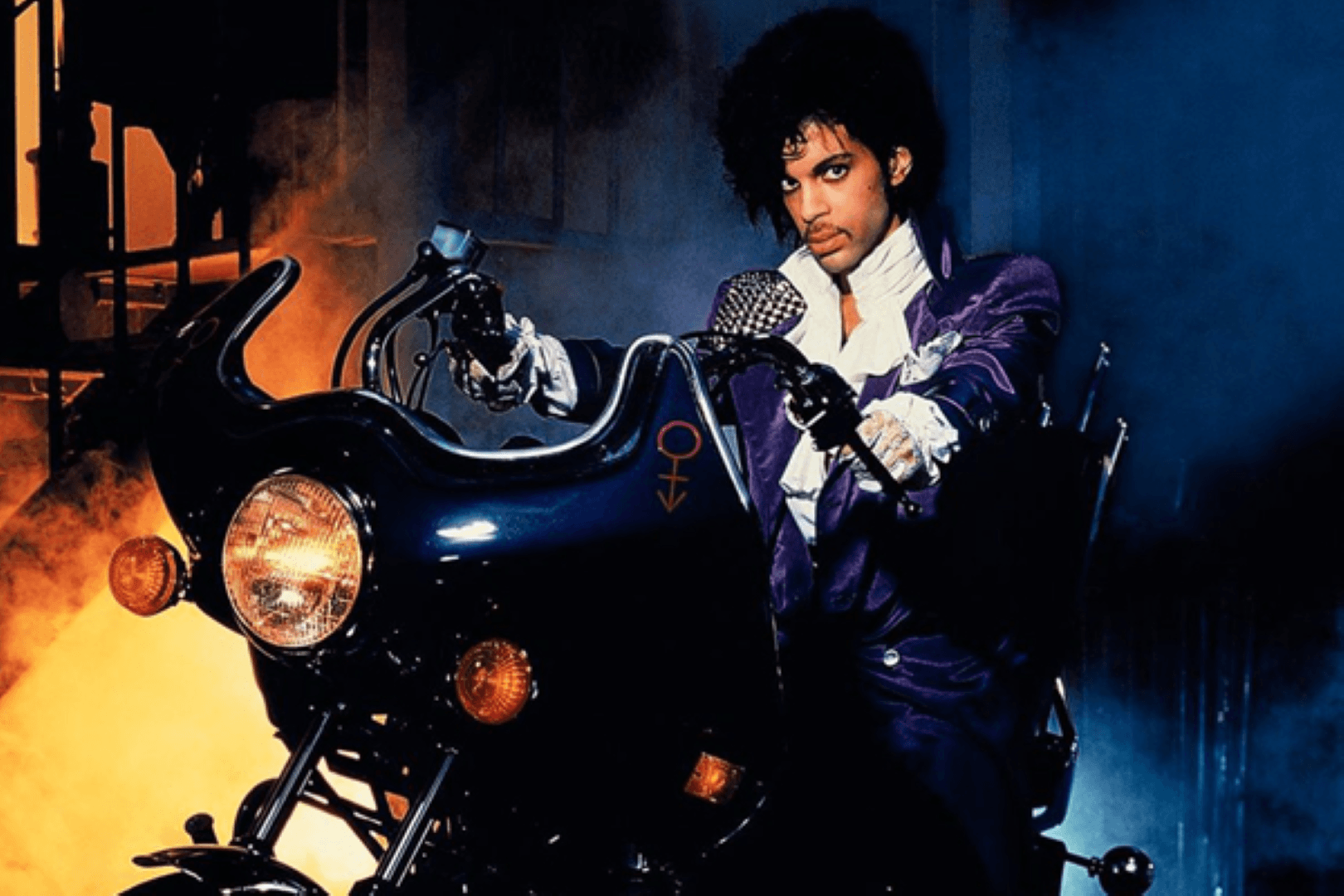 10. Price was one of very few people to become a successful movie star and musician at the same time

On July 27, 1984, Prince topped BOTH the film box office, single and albums charts, with his film Purple Rain and ‘When Doves Cry’. 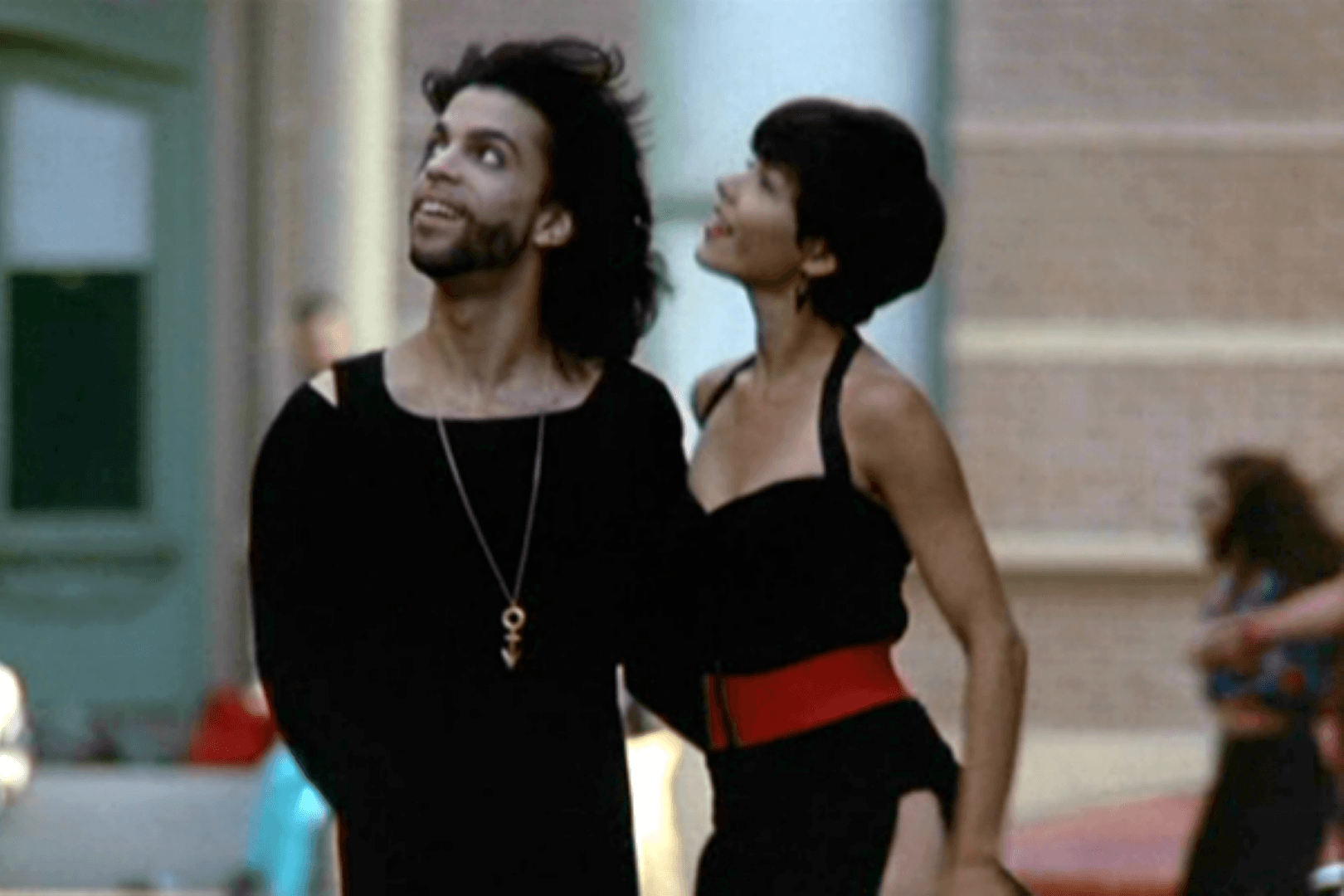 11. Prince had a follow-up movie to Purple Rain, but it didn’t do so good.

Unfortunately, Prince’s 2nd film, “Graffiti Bridge” did not reach nearly the success of his first movie. 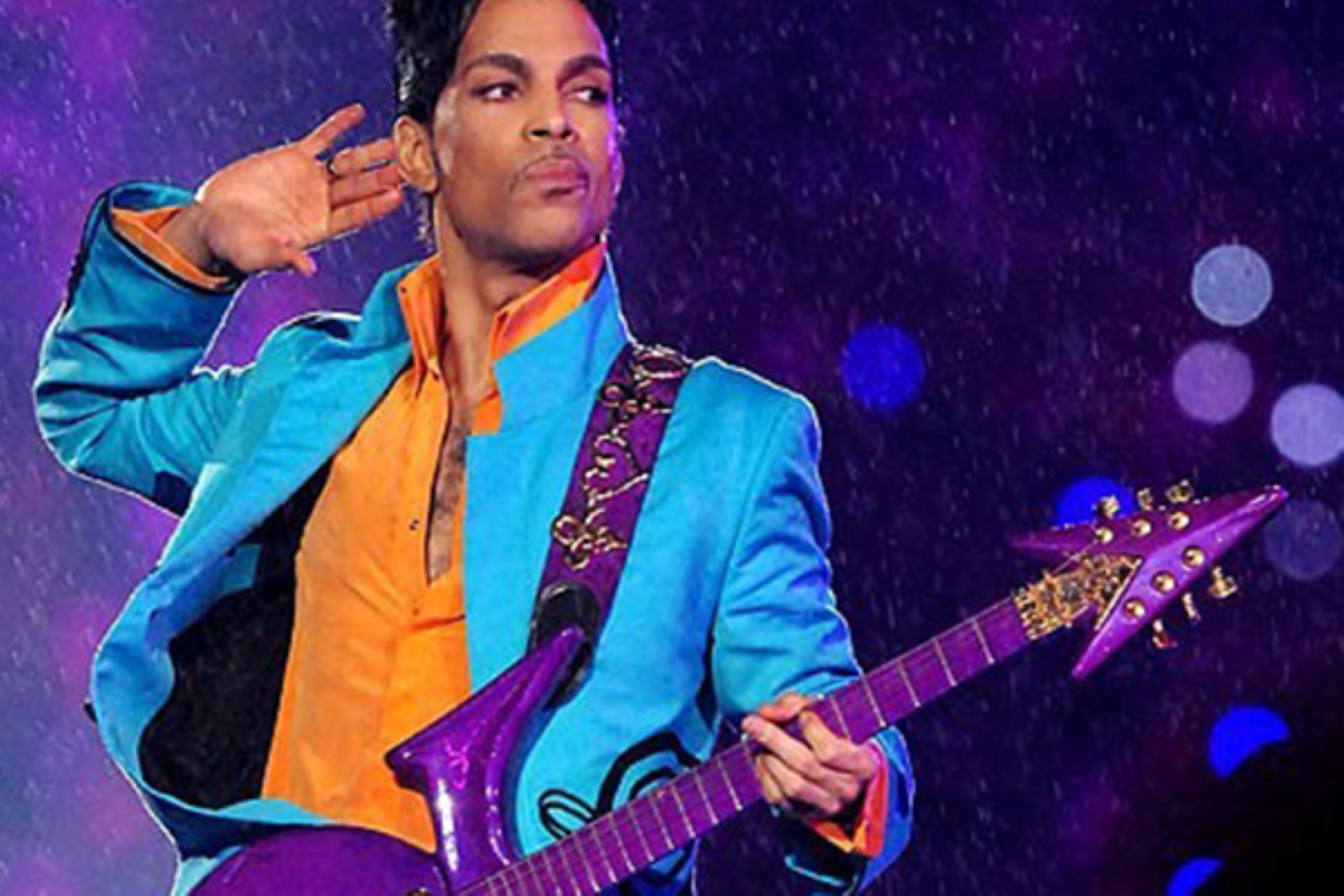 Prince was a very busy man. He wrote several songs for other artists, which many became big hits including:

Sinead O’Connor’s “Nothing Compares 2 U”, The Bangles’ “Manic Monday”, Chaka Khan’s “I Feel for You” and Shiela E.’s “The Glamorous Life”. 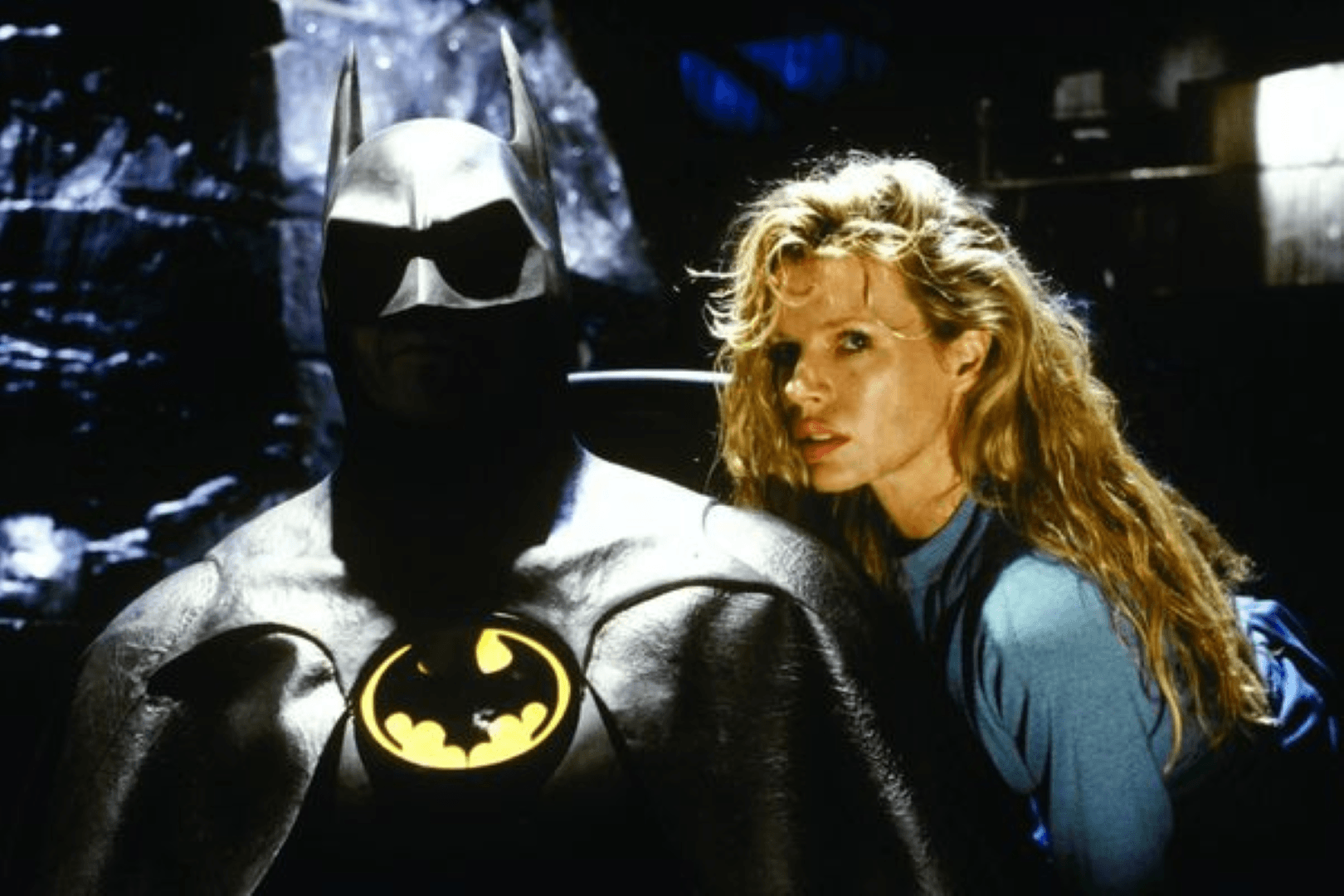 13. Prince worked on the soundtrack of Batman, but for a sneaky reason.

Prince had a motive when asked to work on the soundtrack of Tim Burton’s “Batman” film. It turns out he had a crush on the female lead, Kim Basinger.

Apparently, it was the opportunity he needed, as Prince and Kim then dated for about a year.

His dating history was long and impressive, including powerful women like Madonna, Carmen Electra, Anna Fantastic and more. 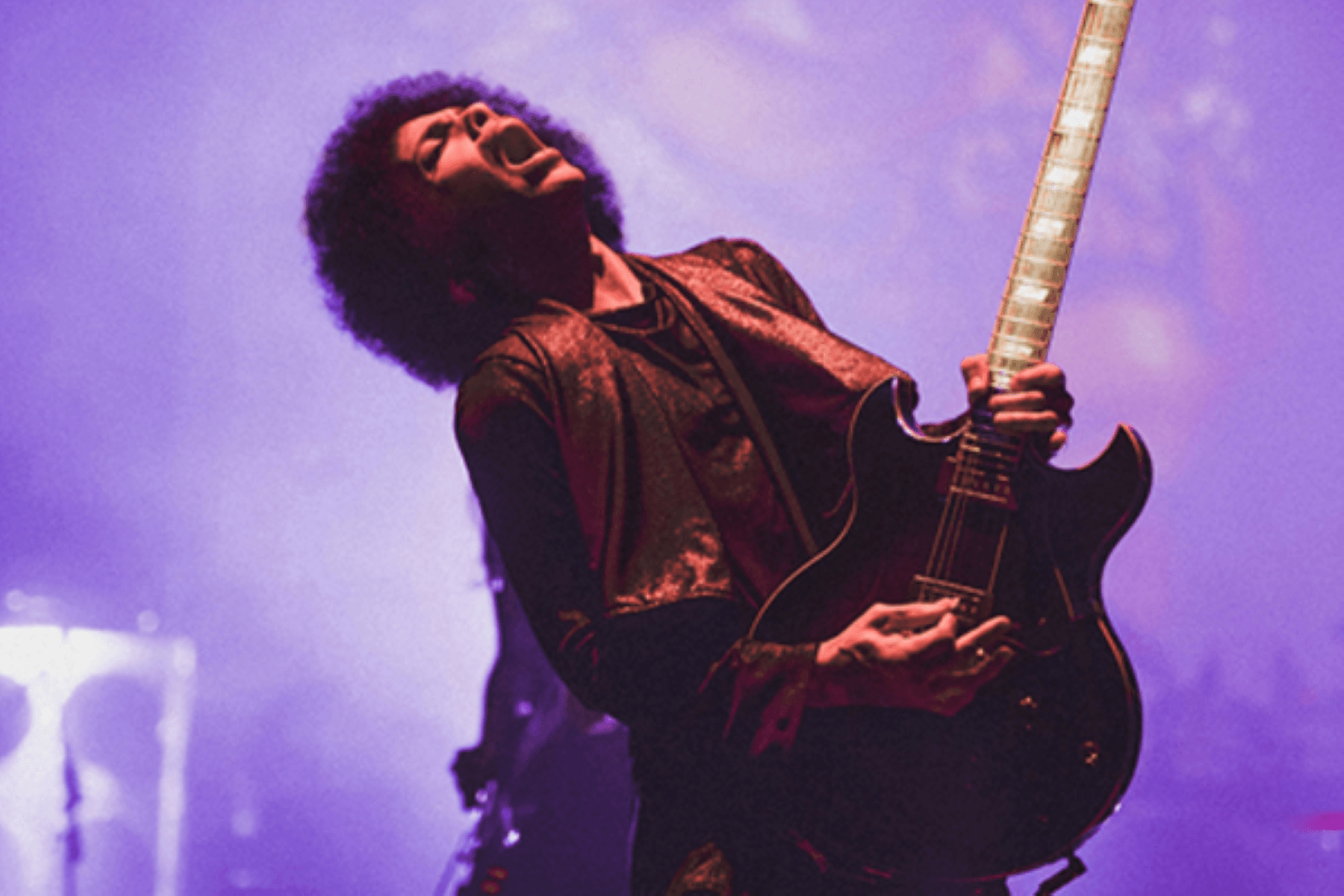 14. Prince was a lyrical producing machine

Prince wrote more songs than The Beatles, with a back catalog that reaches over 600 songs!

15. Prince and Michael Jackson were not friends

Michael Jackson’s hit, “Bad” was supposed to be a duet with Prince, but Prince was uncomfortable with his would-be character depiction, with the song’s opening line, Michael sings, “Your butt is mine!”.

In an interview with Chris Rock, Prince asked, “Who’s gonna sing that to whom? Because you sure aren’t singing that to me, and I sure ain’t singing it to you. So, right there, we got a problem” laughs Prince. 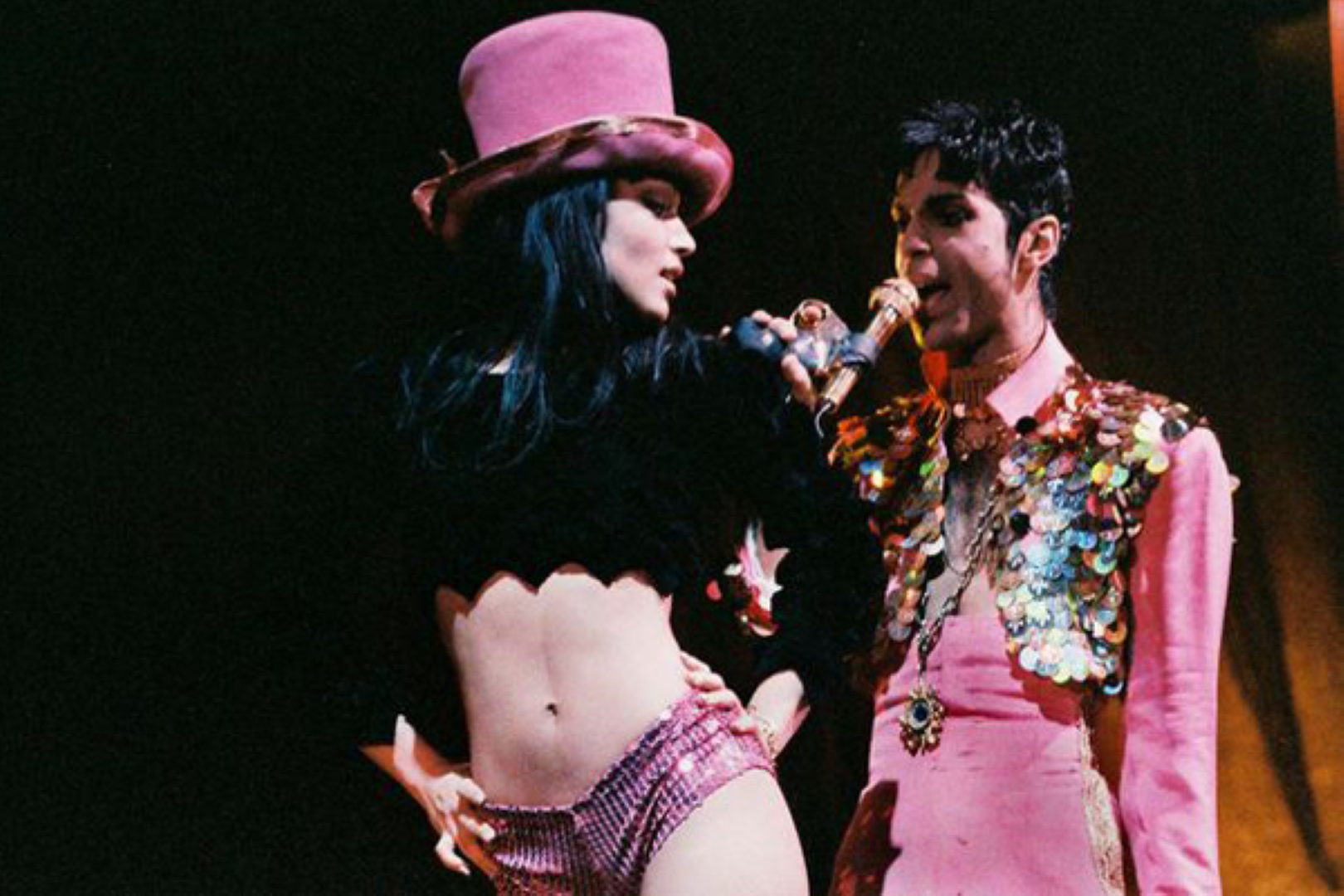 16. Prince had a thing for dangerously young girls

At age 32, Prince found interest in Mayte Garcia, a 16 year old belly dancer he met backstage after one of his events.

They began a deeper relationship once she turned 18. Once the couple married, she became pregnant, however, their son Boy Gregory died one week after birth due to Pfeiffer Syndrome, a rare defect of the skull.

This terrible loss, sadly followed by a miscarriage shortly after, caused the couple to separate. 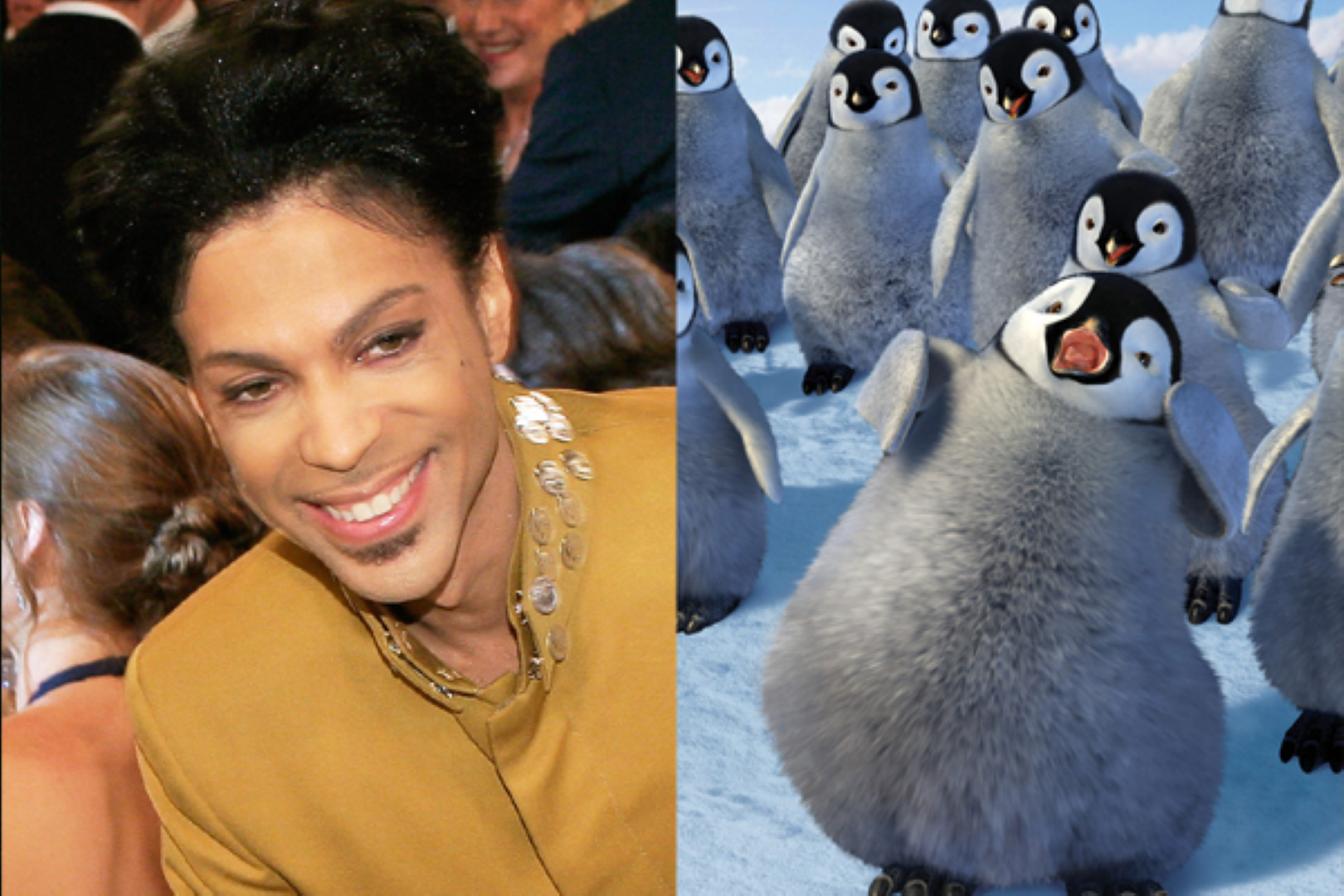 17. Getting into Animated Films

In 2007, The multi-instrumentalist won a Golden Globe for “The Song of the Heart” from the Happy Feet soundtrack. 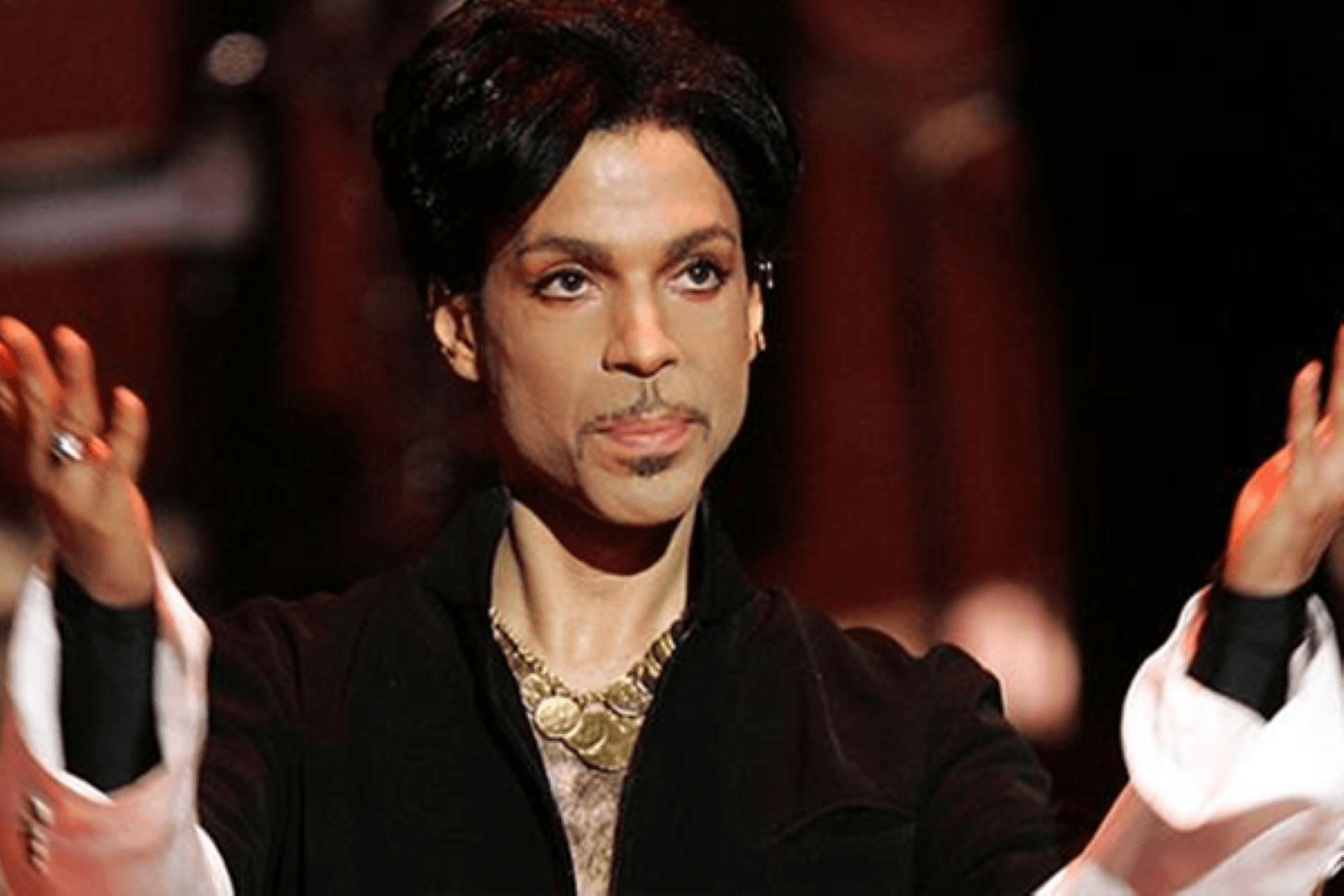 18. Prince was a Jehovah’s Witness

Prince was a Jehovah’s Witness, which meant he was not allowed to speak publicly about any of his good acts as an extremely active humanitarian.

Prince heightened this claim by including Christian references in his music, such as the lead single and title track to his 1981 album, “Controversy”.

Towards the middle of the song, he begins stating the Lord’s prayer. 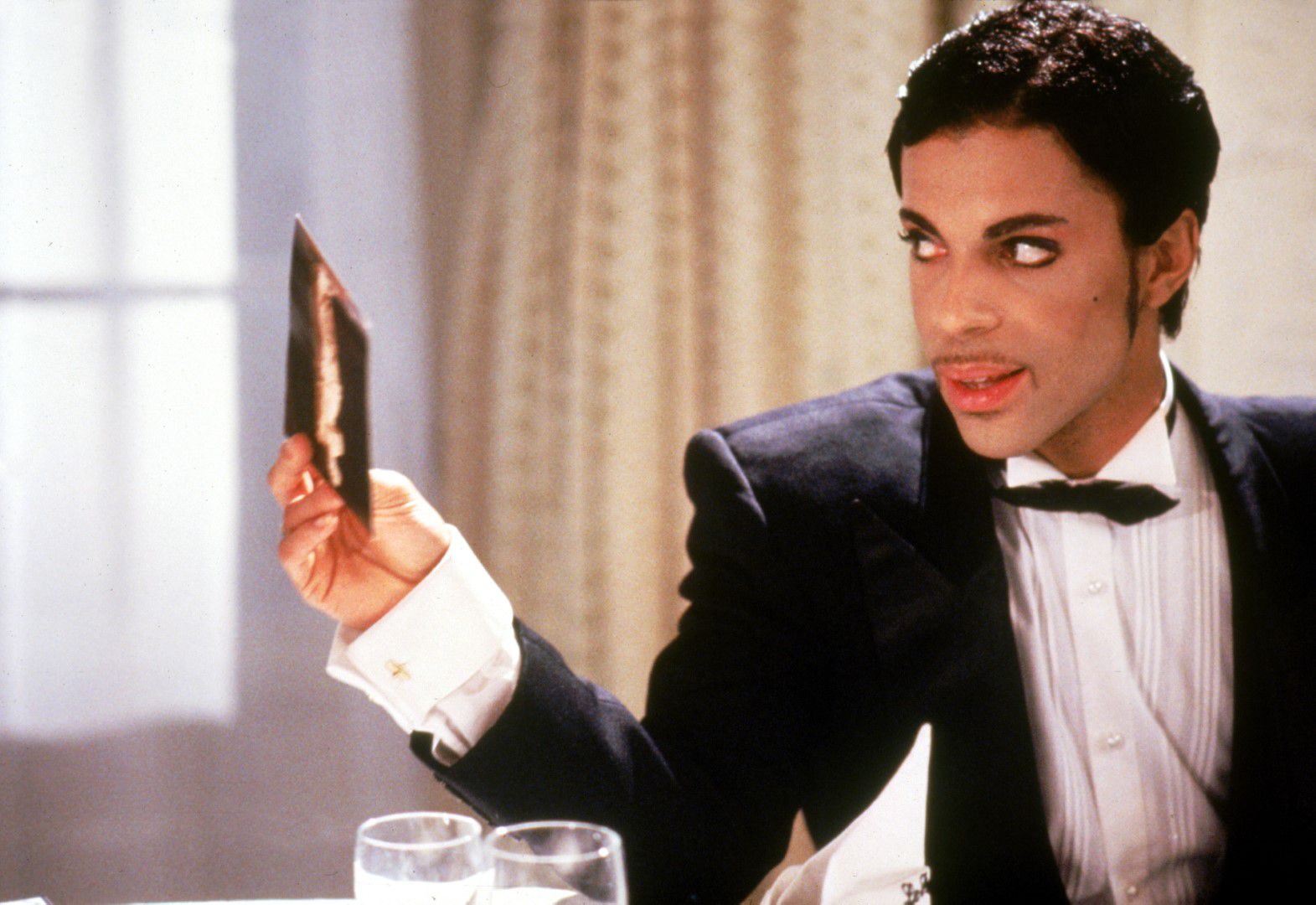 19. Prince was a conspiracy theorist

Prince was an advocate for letting people know of the corruption going on in the world.

He voiced concern for public schools teaching students an incorrect history of our country and over our government’s activity involving chemtrails. 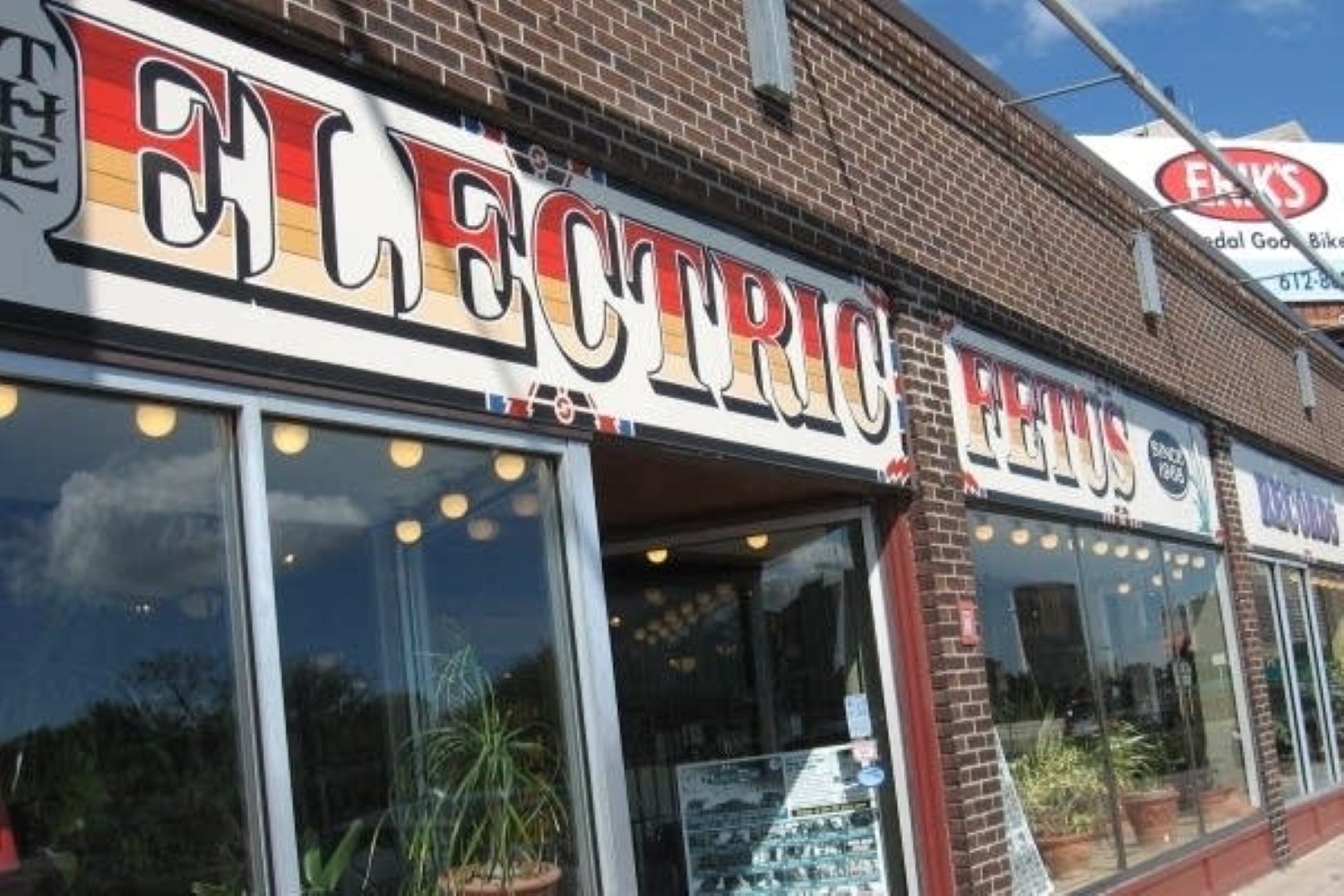 20. The last albums Prince purchased were…

On Prince’s last Saturday, (April 16, 2016) he stopped into The Electric Fetus, the local record store in Minneapolis, to support Record Store Day.

Here are the last 6 albums Price ever bought.